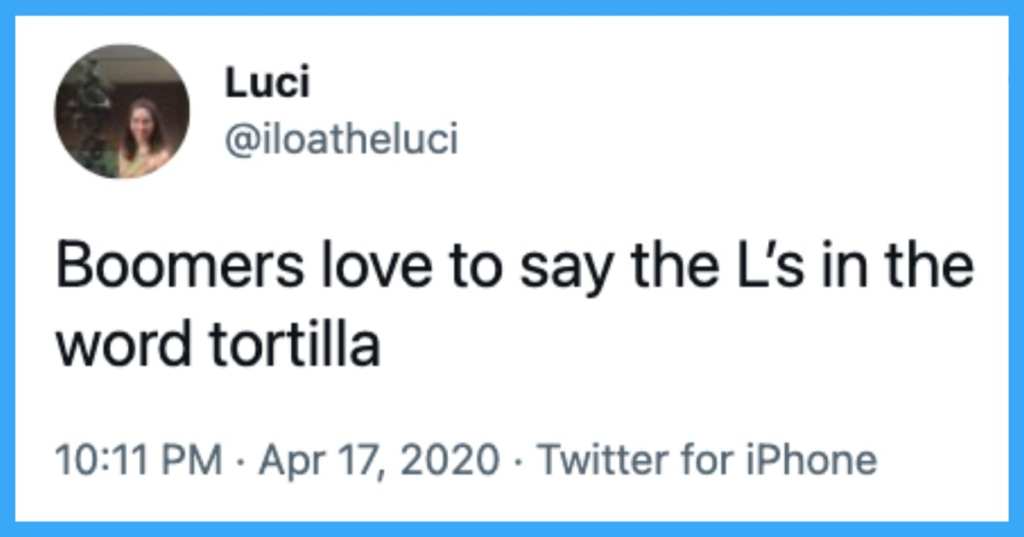 15 Things That Boomers Have Gifted Us With

In the United States, at the time of writing, there are somewhere around 69 (nice) million Baby Boomers in the population.

They’ve gifted everyone with so much, and it’s time to celebrate that.

And yet now that you mention it I have some concerns.

why tf do boomers love saying “sit here, i won’t bite” like wow thank you i was afraid you were going to

Stop pretending you don’t have all the national wealth, grandpa.

Somehow I doubt me you a little bit.

Ok but like…imagine if for some reason purple people started existing.
Look me in the eye and tell me that older generations would be cool with it and not UTTERLY lose their minds.

I’ve heard it both ways so much I don’t even know which is right anymore.

I will never financially recover from this.

Boomers love saying some corny shit like "So what's the damage?" when given their bill in a restaurant

I think everyone above a certain age sort of thinks they’re a farmer.

It’s not accidental if it’s premeditated.

Boomers love to say “I’m sorry I don’t mean to be rude,” and then continue being rude

Ironically, it probably is.

And every cashier laughs, because they’ve definitely never heard that before.

Boomers love to say”well I guess it’s free “ if their item isn’t ringing up.

Do you even vape bro?

Bruh have you even watched Seinfeld?

Boomers love to say “not that there’s anything wrong with that” when they find out someone is gay.

The future is now.

Baby boomers love to say they’re going “zap” something in the microwave!

It’s the little things in life.

Boomers love to say the L’s in the word tortilla

Thank you, boomers, for these wonderful cultural treasures.

What’s something your generation is known for saying?