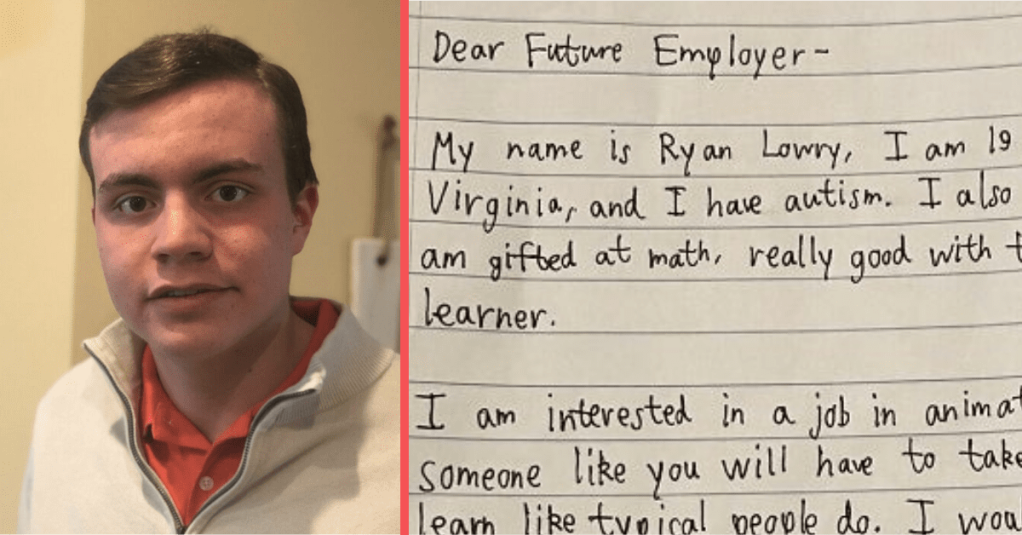 Growing up, handwritten letters were a big part of my life. My grandma and I, my aunt and I, we wrote old fashioned correspondence when I was a kid, mailing letters back and forth across the country. After every Christmas and birthday, my mom made sure that my sister and I sent handwritten thank you notes for the gifts we had received.

And my dad taught me the value of sending a handwritten thank you after a job interview.

It’s kind of a lost art, you just don’t see it that often these days, which might be why one particular handwritten letter went viral earlier this year.

Ryan Lowry, a high school graduate and part-time barista from Leesburg, Virginia, was looking for a job. To that end, he posted this handwritten note to a newly created Linked In page. 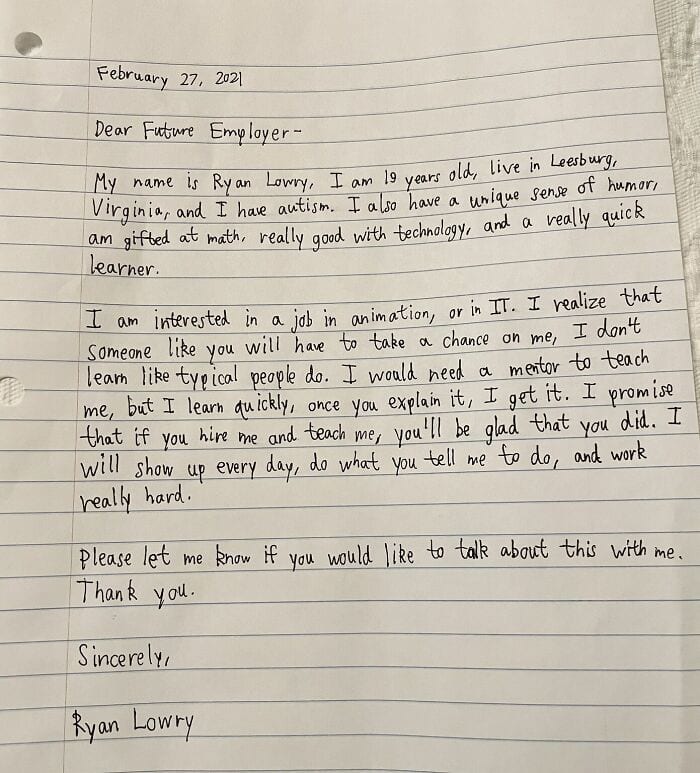 It was Ryan’s father who suggested posting an open letter to Linked In rather than mailing them out to individuals.

And it was his younger brother’s idea to write the letter out and post a photo, instead of typing it, because of their family’s appreciation of the lost art.

They were right. Ryan’s note caught the world’s attention.

His Washington Post coverage was even tweeted by an Illinois Congressman:

Ryan Lowry – a 20-year-old with autism – in his letter to his future employer: “I realize that someone like you will have to take a chance on me, I don’t learn like typical people do…I promise that if you hire and teach me, you’ll be glad you did.”https://t.co/LHZGM5d9sw

And a DC radio station, Hot 99.5, interviewed Ryan’s older sister on their program Your Morning Show, where she called for normalizing the acceptance of learning differences because:

The show’s DJ even mentioned that the program had been fielding calls on the family’s behalf, from companies such as Lockheed Martin.

As for Ryan, things couldn’t be working out better for him. 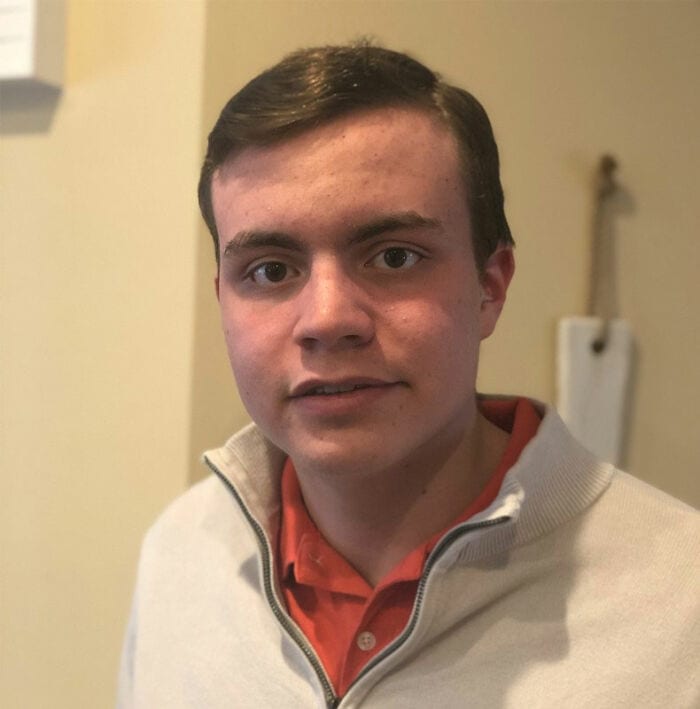 A number of people have reached out to help him pursue his career goals.

According to his Facebook page, by April he was enrolled in an animation course through a program called Exceptional Minds, which describes itself as “a professional training academy and working digital arts and animation studio serving individuals on the autism spectrum.”

Exceptional Minds is grateful for all of the recent support! If you are interested in becoming a student, employing our graduating students, or donating to tuition assistance please learn more at https://t.co/uzZ7tokEwZ. pic.twitter.com/oPizRVJ6ta

Ryan also began an IT course through Melwood’s abilIT program, a DC nonprofit that provides training in technical, professional, and personal development to people with disabilities.

He even animated a short film with his music therapy class, which you can watch on You Tube.

For now, Ryan is continuing his education and weighing his options, but it’s so wonderful to see him making progress towards his career goals.

How’s that for Friday Feels? Do you see the value in a well-timed handwritten note? Tell us in the comments.