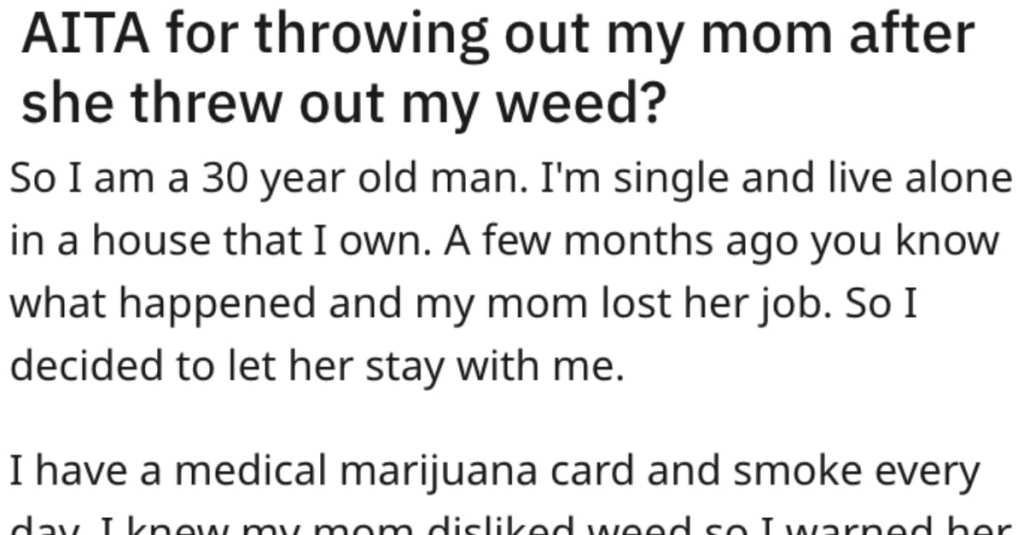 This headline made me laugh: really hard.

But, everyone’s situation is different and apparently this guy and his mom are embroiled in a weird struggle with his mother.

The man shared his story on Reddit’s “Am I the *sshole?” page.

Take a look at what happened and check out how Reddit users responded.

AITA for throwing out my mom after she threw out my weed?

“So I am a 30 year old man. I’m single and live alone in a house that I own. A few months ago you know what happened and my mom lost her job. So I decided to let her stay with me.

I have a medical marijuana card and smoke every day. I knew my mom disliked weed so I warned her before she moved in that I would be smoking weed daily and would not stop for her. She agreed, and only asked that I smoke outside. Which I thought was a relatively reasonable request; weed has a strong smell and many people don’t like it.

At first this worked out fine at first. But she started making remarks about how I should quit, ect. I mostly just ignored them/brushed them off. Then it evolved to her demanding that I quit. As if I were still a child she could issue orders to.

I refused and told her that she can move out if she doesn’t like it. She started crying and saying that I don’t love her, I have a problem, ect.

The next day, I come home from work to find her waiting for me. She explained that she had flushed my weed (a little less than an ounce) for my own good. And then demanded that I go to treatment.

Well, predictably, I was furious. And not even really about not having the weed anymore. It is pretty cheap (I usually buy ounces for $125) and I can easily get more.

It was about her total lack of respect for me. I’m an adult, own my own house, have a good job, and have approval from the state to legally purchase and possess marijuana.So someone I’m doing a huge favor for demanding that I stop and throwing out my stuff when I refused is extremely outrageous to me. No matter if she pushed me out of her vagina 30 years ago.

Anyway, we argued about this for a while and it became clear to me that she was not sorry at all and that she would probably do it again. So I told her she can’t live with me anymore. I gave a month, but she has already packed all her sh*t and drove to my brothers house a couple hours away.

She obviously thinks I’m a huge *sshole. So does my brother. But I think that’s mostly because she is his problem now.”

Let’s see what people had to say about this.

This person stated the obvious: this guy is an adult and he doesn’t need his mom’s approval for anything. Times have changed, Mom! 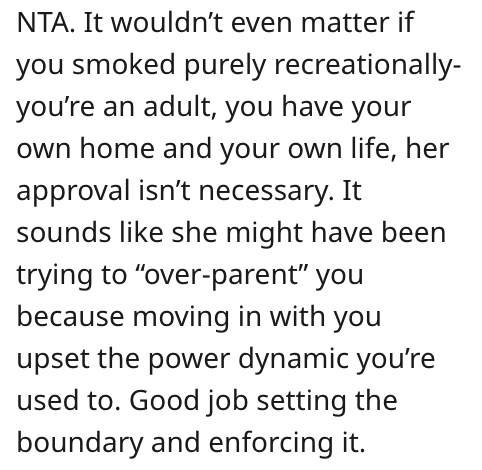 I love this one: “Master level boundary setting.” I’m gonna have to start using that… 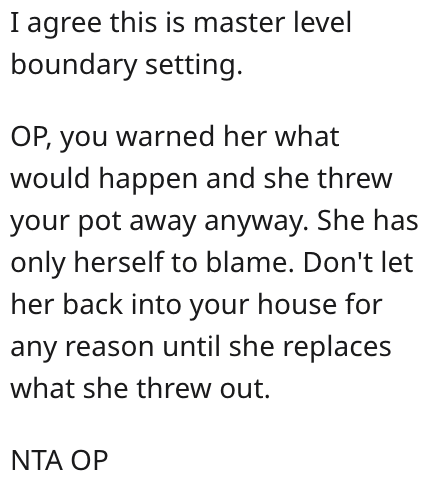 This person made it very clear where they stand. The man OWNS the house and his rules are the only ones that matter. 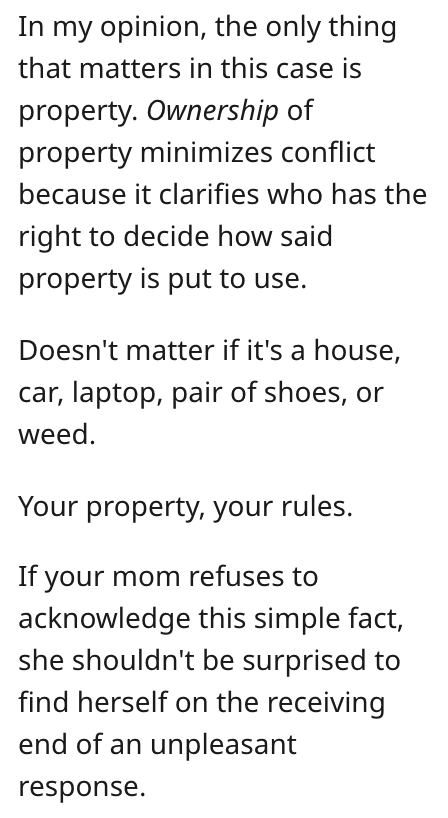 Another person made an observation that I like to make all the time: why is it okay to drink yourself into oblivion but marijuana is considered horrible by some people? 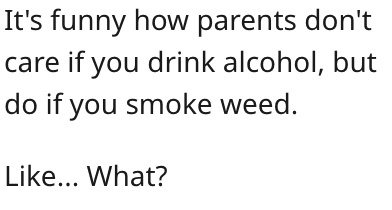 This Reddit user also thinks that this guy is not wrong in this situation. And he also made it clear BEFORE his mom moved in that he wasn’t going to quit smoking weed. 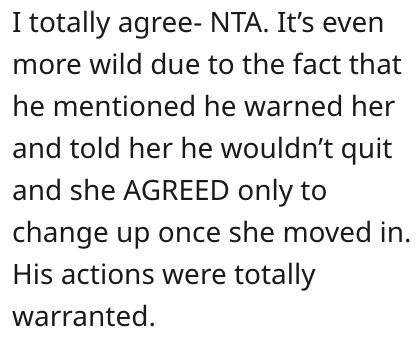 Finally, this person commended the man for setting boundaries and said something that we should all shout from the rooftops: your house, your rules!

What do you think about this whole situation?