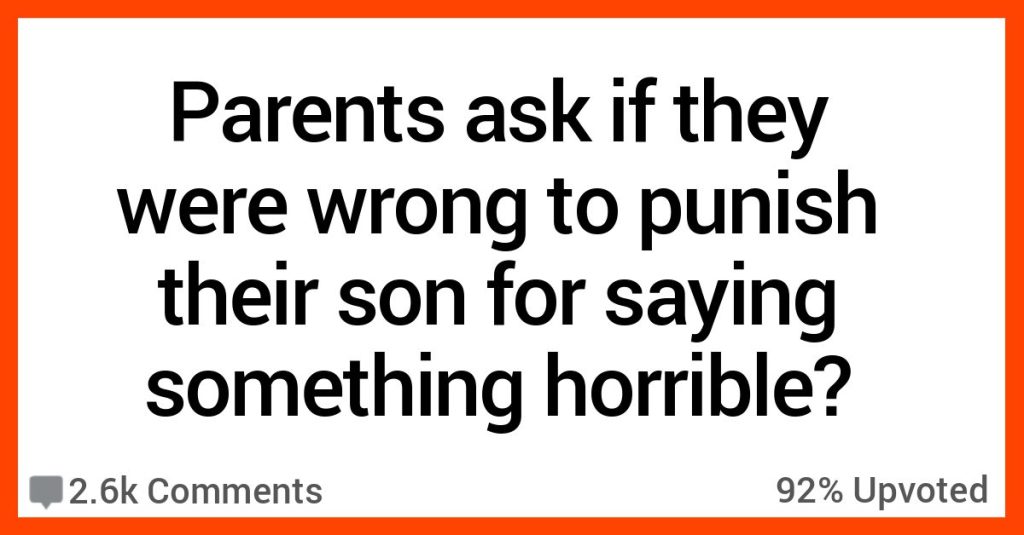 Parents Ask if They Were Wrong to Punish Their Son for Saying Something Horrible?

Besides keeping human beings alive, the main job of parents is to do their best to raise morally upstanding children.

And we all know that can be a big struggle…

And here’s a story from a mother who chose to discipline her 13-year-old son over a racist remark he made.

This person took to Reddit’s “Am I The *sshole” page to ask for advice from the readers there.

AITA for punishing my son after he said something racist?

“About a week ago, my (39F) family ordered Chinese food for delivery. When the delivery driver came to the door, my daughter (16F) was taking the cat upstairs to put in her room because he always tries to eat the food.

My son (13M) loudly says, “Make sure the hide the cat from the Chinese guy!” as I am at the door getting the food from the Chinese delivery driver. He very obviously heard what my son said and was upset by it. I quickly apologized and took the food.

I told my son that racist jokes were completely unacceptable and very wrong and he refused to admit that he was in the wrong. So, later that night I forced my son to write a sincere apology to the delivery driver, (his name was on the receipt) as well as write a one page paper on Chinese culture and a one page paper on why racism is perpetuated by racist jokes and stereotypes.

Then the next day I took him to the restaurant and had him read his apology aloud to the delivery driver as well as give him the papers he wrote. The driver was very appreciative of the apology and thanked me for making my son do it. He then told my son about multiple instances where he had faced racist comments and attacks from people while he was a delivery driver.

That night my husband (43M) and I got into an argument about me making our son do this. He told me that it was embarrassing for our son to have to do the apology and that the “punishment didn’t fit the crime”.

I told him that it was much more embarrassing for the driver to have to face that kind of racism and racist stereotypes and that our son would get over the embarrassment. I do not condone any kind of hateful thinking in my house, and the fact that my son said that embarrassed me as well.

My husband told me that it was “just a joke” and it wasn’t that big of a deal. I feel like I might have over reacted some but I think it’s important to help my son understand how what he said was wrong and hurtful.”

And here’s what folks had to say about this situation. 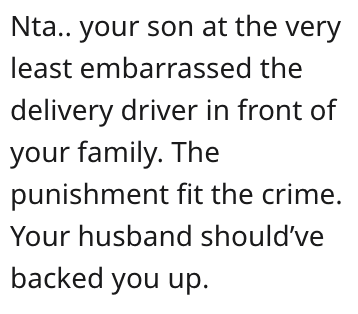 Another individual remarked that her husband really dropped the ball in this situation. 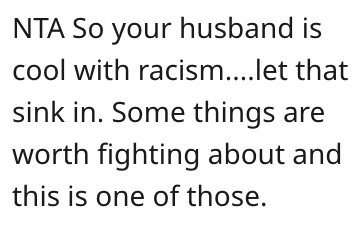 Another Reddit user made a great point about how this kind of behavior should not be accepted and that this kind of attitude toward racism is very dangerous. 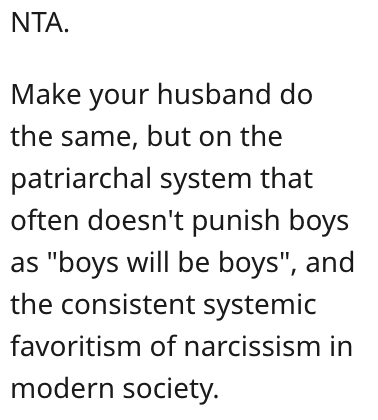 This person thinks that the mom in the story did a good thing and that embarrassing the son and making him feel guilty was the right move. 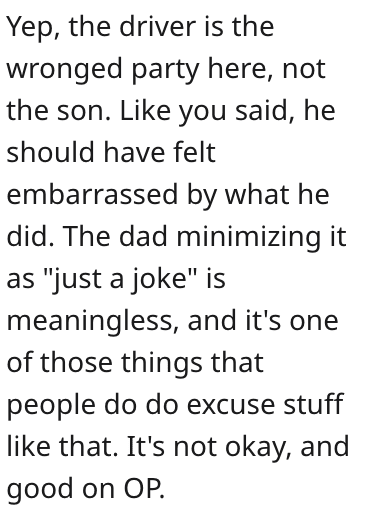 And a Chinese person weighed in with their thoughts about what happened and made it very clear that these kinds of jokes are not funny and they are hurtful.

Finally, a person commented that they are also on board with the punishment and that her husband really needs to get on the right side of things like this in regard to their raising their son.

Now we want to get your take on this situation.

In the comments, tell us what you think.

We can’t wait to hear from you. Thanks in advance!