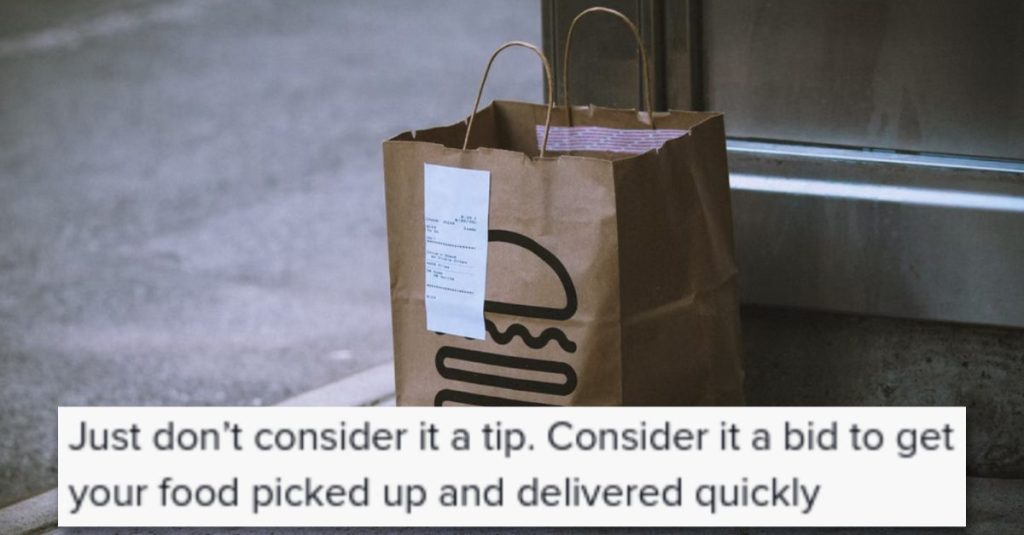 And the tipping question can lead to some heated discussions.

Hey, some folks tip for food delivery and some don’t. It’s just the way it is.

And another reality of food delivery apps is that delivery drivers can choose what orders they want to take and which ones they want to leave behind.

Someone shared a video on TikTok of a bunch of undelivered orders that were left untouched because whoever placed the orders didn’t include tips.

The video says, “These been sitting here for 4 hours because no dashers would take non-tip orders. No tip no trip, the worker told me no dashers/ Uber Eats/Grubhub went to get the order.”

Here’s how folks who saw the video reacted.

This person said that we tip for the luxury of having someone bring us food.

Another viewer who works as a DoorDash driver said they don’t pick up orders if the people don’t tip.

This TikTokker made a good point…

And another person argued that these apps offer drivers the luxury of being able to choose which orders they want to deliver.

Alright, friends, now we want to hear from you.

Talk to us in the comments and let us know what you think of this story.

And tell us what you think about tipping in general!