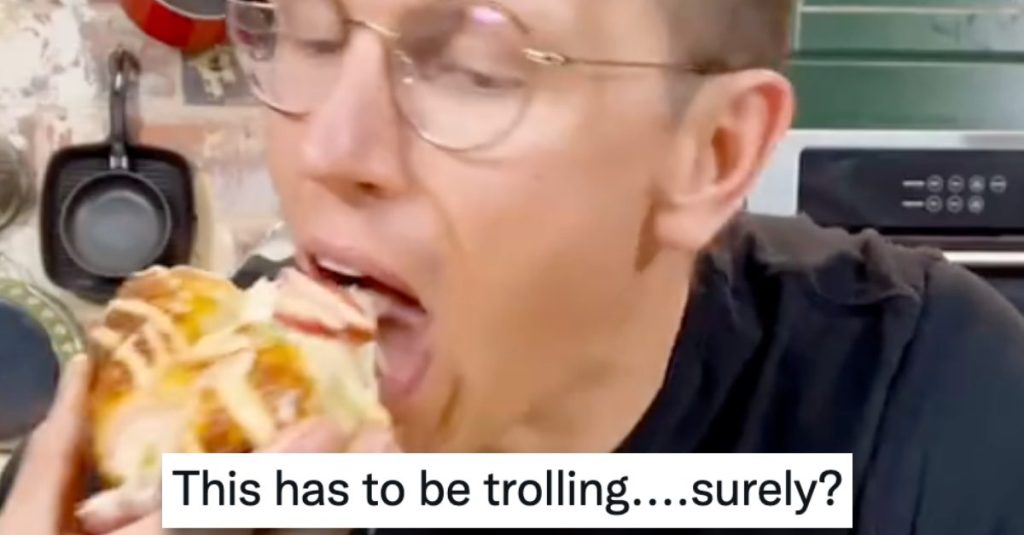 A Viral Tutorial on “Spokane-Style Pizza” Got People Talking

Mythical Chef Josh shared a video on Twitter showing how he made a Spokane-style pizza (that’s in Washington, people) that features such ingredients as canned salmon, cheese, and strawberries.

Take a look at Josh preparing and sampling this creation.

Made Spokane-style pizza and honestly it’s my new favorite. So good. pic.twitter.com/tdT8MqoFhx

Folks on Twitter had some pretty intense reactions to this pizza.

“Someone call the cops…”

While another viewer argued,

“It’s gotta be easier to just leave Spokane than issuing these obvious cries for help.”

“This is NOT a Spokane style pizza. I’ve lived here for over 40 years and this is not a thing. This has to be the worst tasting pizza ever concocted and should not have Spokane’s good name tarnished by it.”

And he fired back at the people of Spokane for how upset they got about this.

Your rage retweets only encourage me to do more things like this. Don’t you people understand?? I didn’t make this pizza, YOU did!

Oh boy, this promises to get ugly…

What do you think about this? And what’s your favorite kind of pizza?