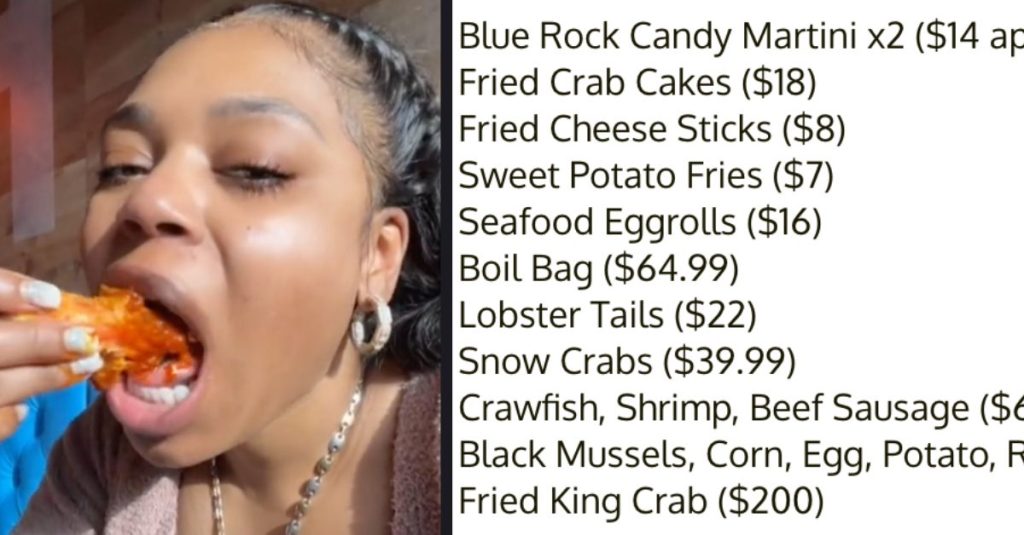 A woman who went out to eat at The Boiler restaurant in Atlanta shared a video on TikTok where she placed the following (HUGE) order.

And I’m not sure how you don’t have a ballpark idea of how much you’re spending at a restaurant but she was surprised when she received her bill which was a whopping $527.37.

Here’s what she ordered:

Check out her video where she talks about what she ate and said she didn’t realize that the King Crab was $200.

Here’s what TikTok users had to say about this.

This person stated the obvious…

And another viewer said they would call their bank if this happened.

Another person said they should have had a lot more King Crabs on their plate for that price.

And this TikTokker said they would have been doing dishes if their bill was this high.

The woman who made the video said she asked…

Y’all better pay attention to the prices on those menus!