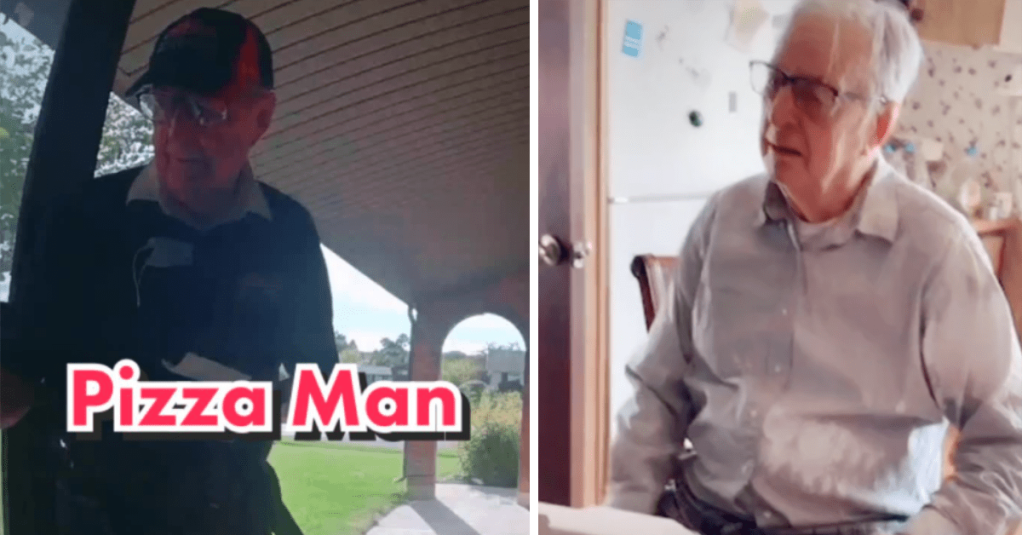 Get your tissues ready…I’m just warning you. Because you might shed at least a tear or two when you read this story.

Just trust us on this one…

An 89-year-old man in Utah named Derlin Newey became a bit of a viral sensation when Carlos Valdez and his wife posted the security footage of their interaction with Newey on TikTok. Newey delivered a pizza to the house and the couple found him so pleasant they decided to post it on the social media platform.

The Valdezs liked Newey so much that they even request him every time they order a pizza from Papa John’s and they continued to post their sweet interactions with him on TikTok.

People began to comment on the videos about whether it was okay for a man of Newey’s age to be working 30 hours a week, which Newey does because he realized he couldn’t solely rely on social security to get by.

The Valdezs decided to reach out to their community of more than 60,000 TikTok followers to raise money for Newey. The couple raised $12,000 for the elderly pizza delivery man and decided to surprise him at his home with the money.

Newey was clearly moved by this incredible gesture and he got emotional when the Valdezs presented him with the money.

Carlos Valdez said, “He needed this. I’m just glad we could help him,” said Valdez. “We just need to treat people with kindness and respect the way he does. He stole our hearts.”

Hang on, I think I have something in my eye…*sniffle*…