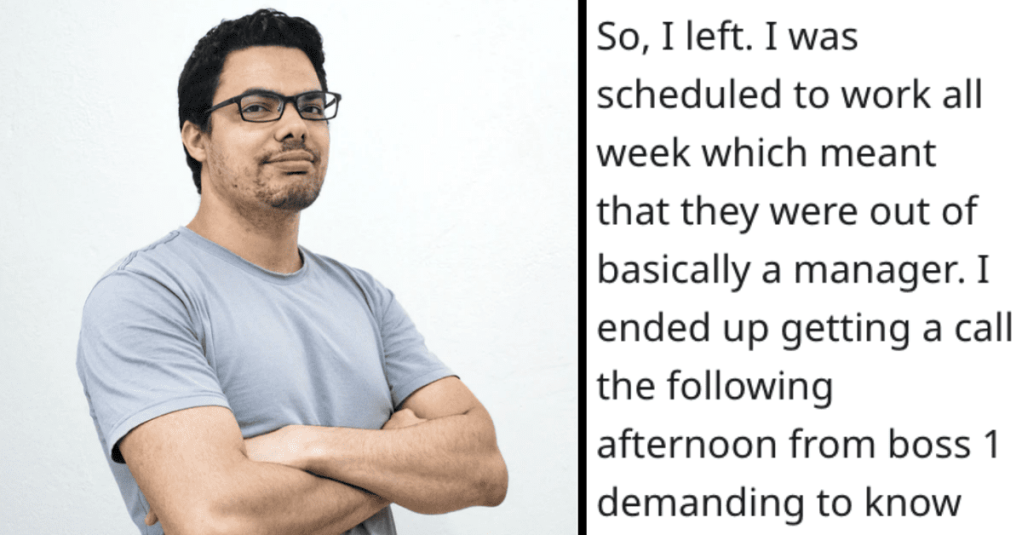 Bad Boss Tells Their Most Valuable Employee to Quit. Immediately Regrets It.

I’m sure you’ve found yourself at jobs during times in your life where management just didn’t appreciate you or give you the proper respect you deserved.

Hey, we’ve all been there at one point or another!

And it’s always so darn satisfying to hear a story about someone who quits a job and the boss knows almost immediately that they made a mistake. 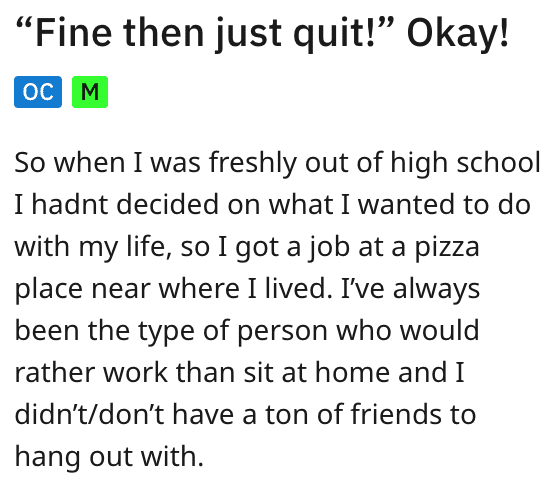 And so he started doing just about everything about the joint. 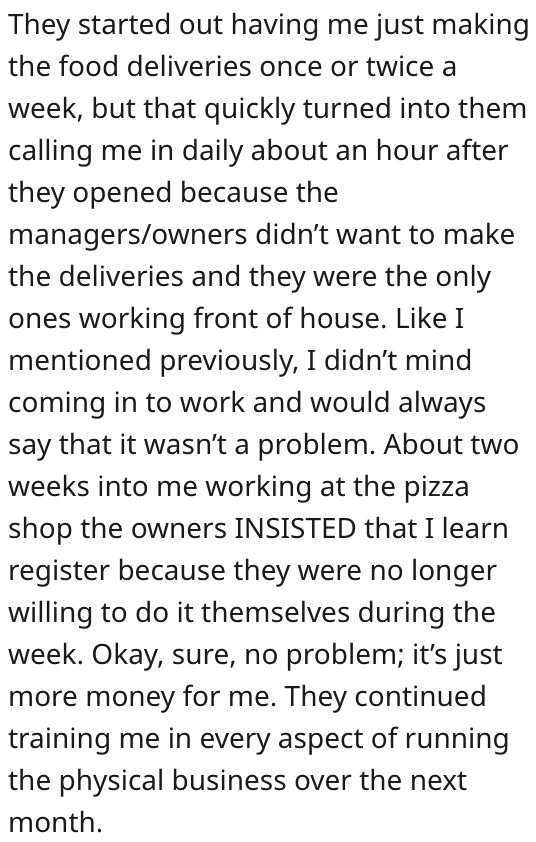 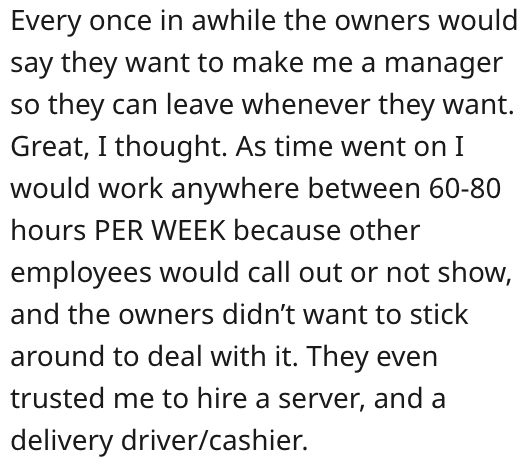 But after they kept bringing up the management position and not delivering, the person decided to have a sit-down with one of the bosses and bring it up.

That’s called being a go-getter!

But the boss didn’t see it that way. 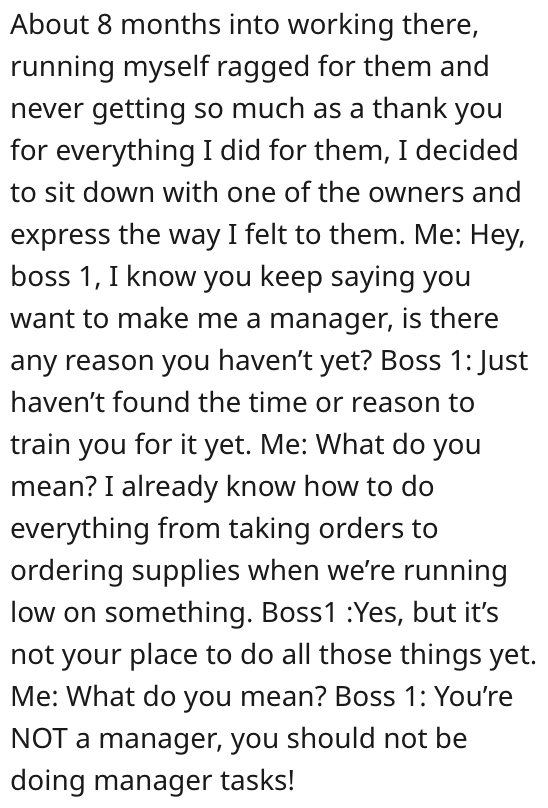 So this employee decided to only do what they were originally hired to do.

Hey, if the bosses want to play that game, then that’s how it will be.

But the boss clearly didn’t catch on after that first conversation. 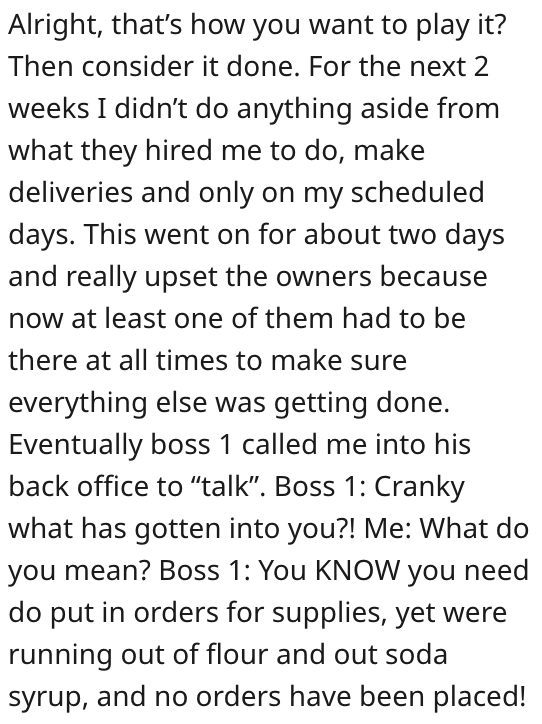 The conversation continued…and the boss laid down a challenge that he probably didn’t expect this person to take. 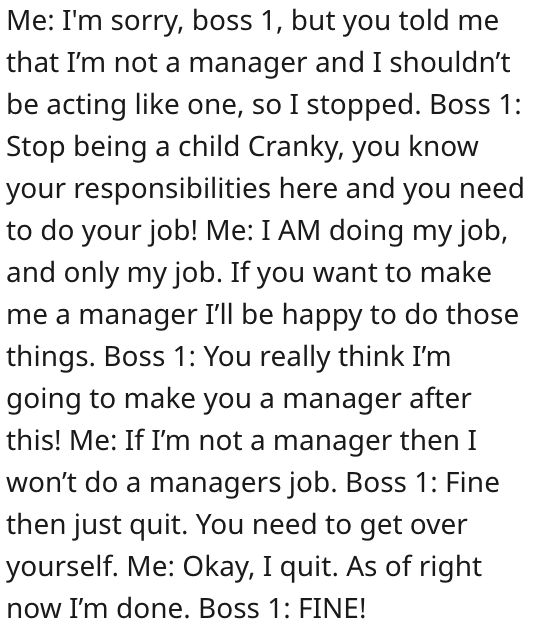 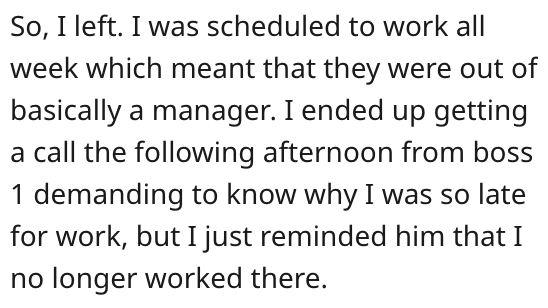 And things went downhill very fast after this employee left.

Here’s how the story ended. 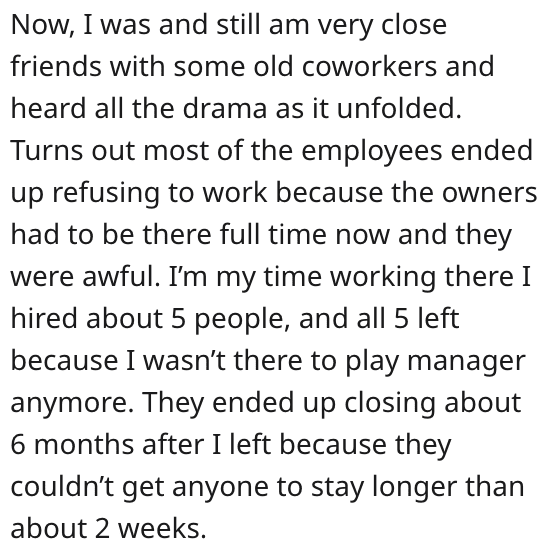 Have you had jobs where you wanted to just walk out sometimes?

Or maybe where you DID walk out?

Share your stories with us in the comments. Thanks!