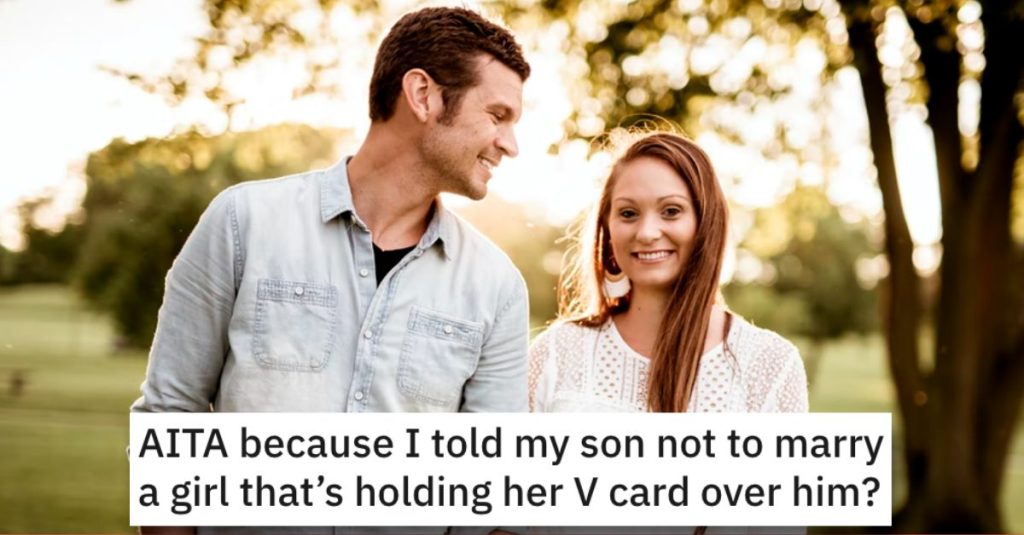 This Person Told Their Son Not to Marry His Girlfriend. Are They Wrong?

Oh, baby, here we go again with another dramatic story from the “Am I the A**hole” page on Reddit!

Are you ready to go on a wild ride?

AITA because I told my son not to marry a girl that’s holding her V card over him?

“When my son was in high school, he dated this religious girl, Becky, holding out for marriage. She did the whole no s** for marriage thing.

He proposed to her right out of high school. He went off to college, and she continued the no-s** until marriage thing for two years. She also said she would only be a SAHM and did nothing while my son went to school full time and worked full time.

I kept trying to tell him this was not the right situation for him, and he eventually called it off his second year of college. He eventually married a woman that’s a better fit for him. My son is happy.

I ran into Becky at a store a few days ago, and she confronted me about how I destroyed her life with my son. It has been ten years since I have seen her. Becky seemed crazed and ranted and raved at me in a clothing store with my wife nearby.

I finally put my stuff down and told her maybe she shouldn’t have tried to manipulate my son with her high-handed virginity and religious views. She got even more trashy, acting following my wife and me outside. Finally, my wife even said that the best decision my son ever made was not to marry her.

Becky was crying hard when we pulled out of the parking lot. Just standing there. It did make me feel sorry for her situation.”

One reader said that this parent is not the a**hole in this story. 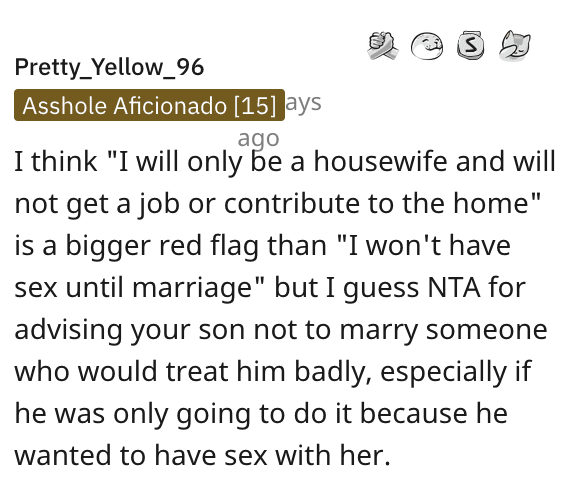 And another individual agreed and broke down their reasoning. 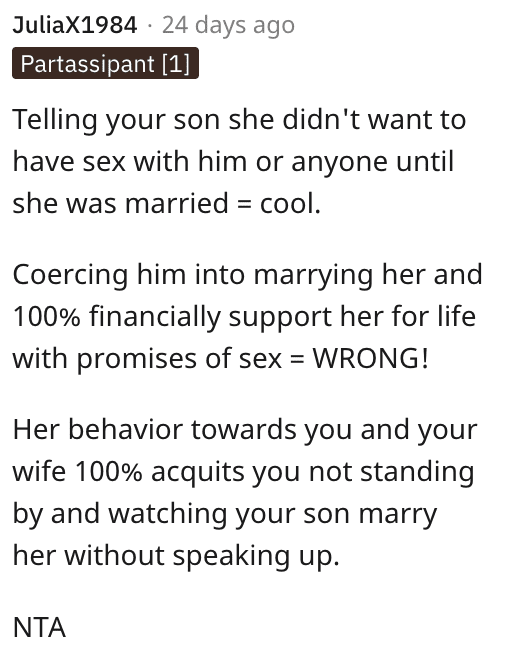 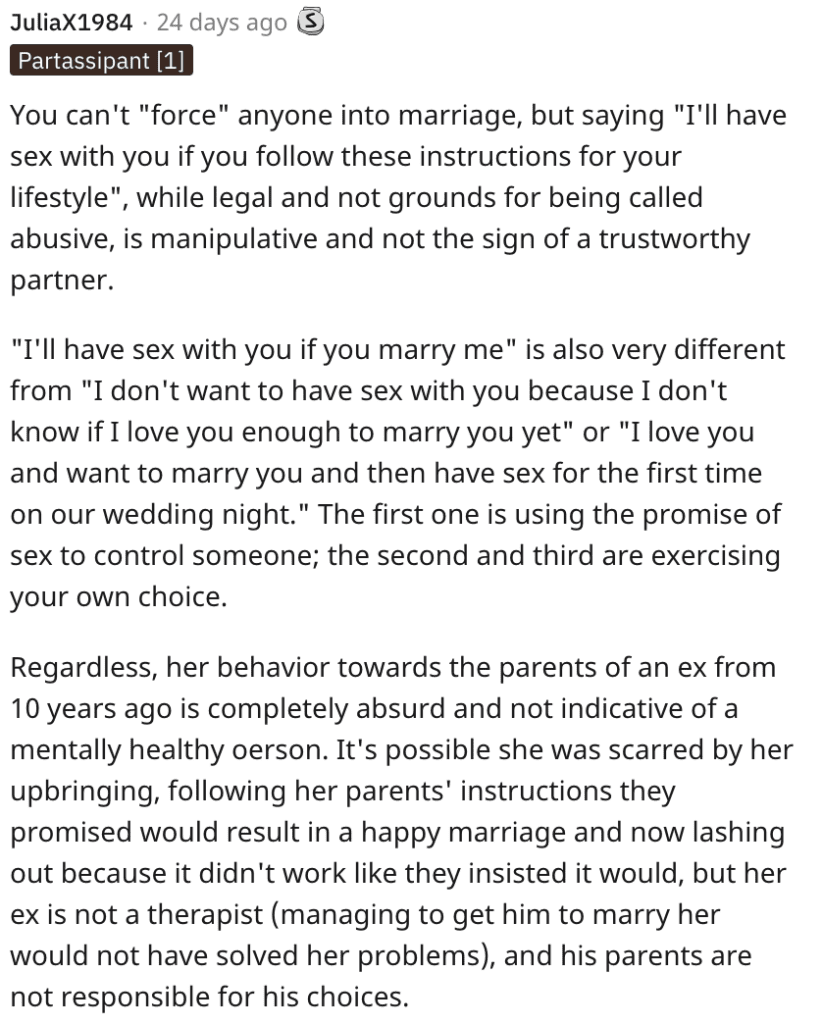