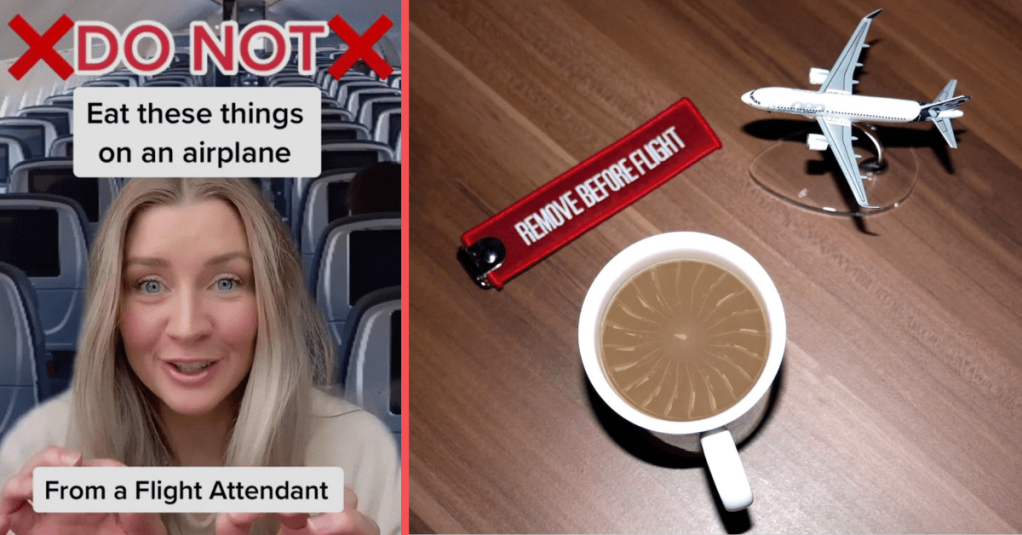 I’m not gonna lie, I like a hot cup of coffee when I fly.

And I say that because a flight attendant named Kat Kamalani shared a video on TikTok about why it’s probably a good idea for passengers to avoid drinking coffee or tea when they fly.

Kamalani has been a flight attendant for six years and said she thinks it’s actually a better idea if passengers bring their own drinks and snacks onboard instead of getting it on the plane.

So, why is Kalamani dishing out this specific advice about coffee and tea on planes?

Well, she said that most flight attendants won’t even drink the coffee or tea onboard because both are made from the same machine…and those machines are hardly ever cleaned unless they’re broken.

So you can imagine what kind of bacteria, dirt, and other disgusting and potentially dangerous things might end up in your hot beverage when you’re en route to your destination.

Hey, I watch enough episodes of Bar Rescue to realize how disgusting ice machines, beer taps, and other equipment gets, so I can only imagine how bad the coffee machines must be on planes if they’re not getting cleaned out on a regular basis.

Take a look at the video Kamalani posted on TikTok to see what she had to say about this.

Do you drink coffee or tea when you fly?