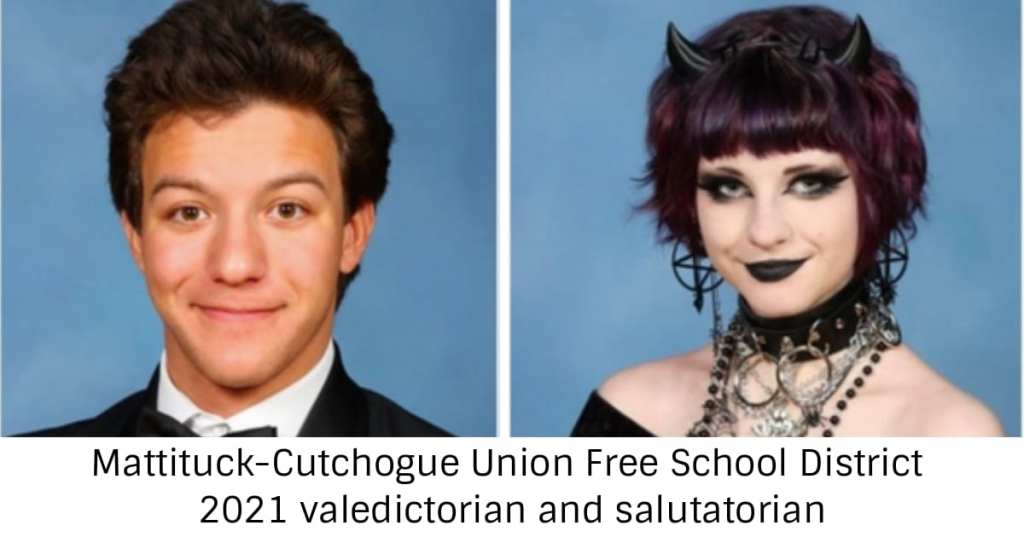 Goth Salutatorian Shows the World It’s Okay to Be Yourself

Uniforms were required at my high school, which meant that students who wanted to express themselves really had to get creative.

(It also means that I still don’t know how to put an outfit together.)

I remember a goth-leaning student who had dyed hair and very tall boots, and another who put enough safety pins on their backpack that it might have set off metal detectors.

But our senior portraits largely looked the same–the same as everyone else’s, and the same as they had for decades. Only the hairstyles changed.

I suspect I’m not alone in this, and that’s one of the reasons that a salutatorian’s unique senior portrait went viral this spring, right down to her little devil horns.

But after tweeting it out, 17-year-old Weronika Jachimowicz, of Mattituck-Cutchogue Union Free School District, went viral.

Weronika hadn’t used Twitter much–she’s a teen, after all. It’s not really their scene.

According to an interview she did with Yahoo Life, she found out because a friend told her about it through Instagram.

She then took to Twitter, to support her classmate and valedictorian, Luke Altman.

Let’s be real here tho. Luke really do be pulling off that innocent doe look there on the left https://t.co/fUvUMZAlGv

Like most teens, Weronika spends time on Twitch, TikTok, and Instagram, where she stages elaborate goth photo-shoots.

As she told Yahoo:

“I was always trying to please others and be like what everyone else wanted me to be, or at least try to fit into what was ‘normal.’

However, I did slowly start to realize that it’s OK to be different.

I’ve met people in my life who gave me the confidence to fully be myself.

Even if others don’t really like my style, it’s what makes me happy and I’ve worked hard to finally come to that conclusion.”

And she does look happy. On Insta, she shared pictures from Prom:

And although she can always be found wearing black, her hair, now aqua, provides a pop of color.

As her salutatorian status hints, and as Upworthy further explains, there is more to Weronika than the misunderstood goth stereotype that some people might assume just by looking at her:

In addition to having an unweighted GPA of 97.27%, Jachimowicz was on the fencing, ping pong, and winter track teams. She was also a member of the National Honor Society, Students Against Drunk Driving, and the Unity Club. She plans to major in biology/forensics in college.

Back over on Twitter, Weronika poked fun at herself and her new viral status:

I feel like I’m obligated to actually become a forensic pathologist now, and let me say, I’m not at all mad. I mean dead bodies cant really annoy the shit out of me so it’s an ideal environment ?

But she has a message for those who have reached out to her, and for anyone still struggling to be comfortable in their own skin:

“It is okay to please others, but make sure to always try to please yourself first.

So if you are not happy with who you currently are, then that’s the cue to find out who you are meant to be.

It’s a self-discovery journey and it could be a long one, but it is one that is worthwhile and necessary for true happiness.”

Wise words from a young person. No wonder she was named salutatorian.

I think it’s pretty great that her school let her be her amazing self, and didn’t force her to submit a more standard photo for their announcement.

What do you think? Tell us in the comments!