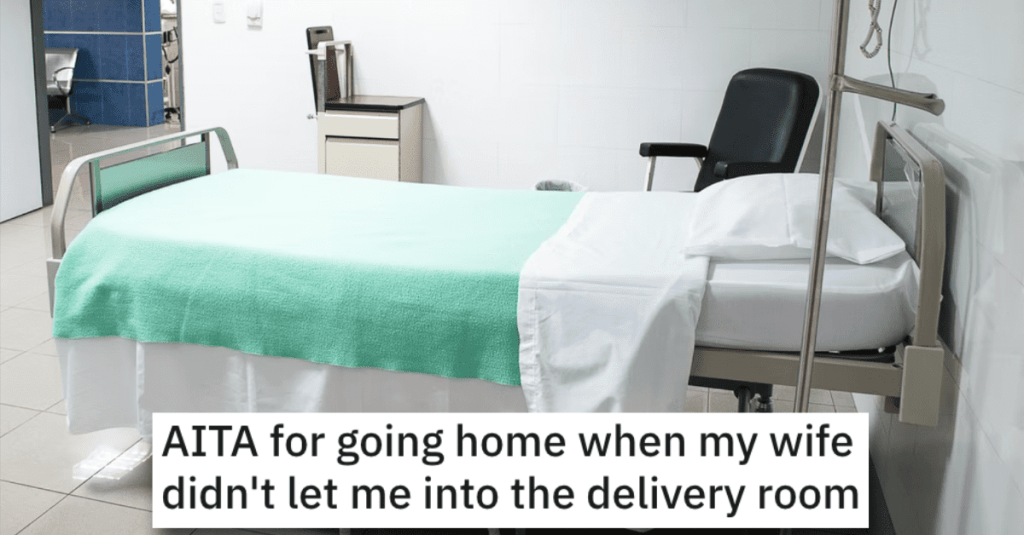 We’ve all said that in our lives at one point or another, but I don’t know if saying that to your wife when she’s about to give birth is the best idea in the world.

Read on to see what you think about what this guy did in this story from Reddit’s “Am I the A**hole?” page and we’ll see you in the comments.

AITA for going home when my wife didn’t let me into the delivery room?

“My (M28) wife (F29) gave birth a few days ago. We had what I believe to be a fairly standard pregnancy and I did my best to take care of things and make it easy for her. I took her to the hospital when she was due and her sister and mother met us there.

The problem started when she was taken to the delivery room. She asked the nurse that only her mother and sister (F27) be allowed in the delivery and then told me that she wanted me to wait until “I’ve delivered and calmed down” before letting me into the room. I was kind of shocked and didn’t want to make a scene so I just said OK and sat down in the waiting room. We had not really discussed the plan for the hospital and I had no reason to think I wouldn’t be there when my son was born.

I texted her sister if she knew my wife was going to do this? She said no. I told her to ask if my wife was concerned about something because I don’t consider myself someone who would have made a fuss or made things more difficult for her. She texted back after a while saying that my wife “just doesn’t want you to see her like this” and then added that she didn’t agree with my wife and tried to convince her but ultimately it was her choice and I should respect it.

I sat in the waiting room for 6 hours getting minimal updates as the labor was fairly slow, and then I decided that there was no point so I texted her sister that I was going home, I’d meet my son when they brought him home and handle the birth certificate stuff the next day.

They came home about 9 hours later and I was finally able to meet my son. When my wife’s mother and sister left she got very angry at me for leaving her at the hospital. I was angry too but I told her that we can talk about this in a few days because she’s just given birth.

She wouldn’t drop the subject so I finally told her that she excluded me from the birth of my son for no reason, I didn’t see the need to hang around a hospital waiting room for hours doing nothing, and that even her own sister thinks what she did was wrong. She said there could have been complications and I needed to be there, to which I replied that I wouldn’t have been there because she kept me out of the room and the doctors would have handled any problems anyways.

She called me an inconsiderate a**hole and has been talking short with me for several days. Her sister told me I should just apologize and move past it because it was a stressful time for my wife, but I think I’m owed a bigger apology first for how I was excluded from my own son’s birth.”

This reader said that it seems like everyone sucks in this situation. 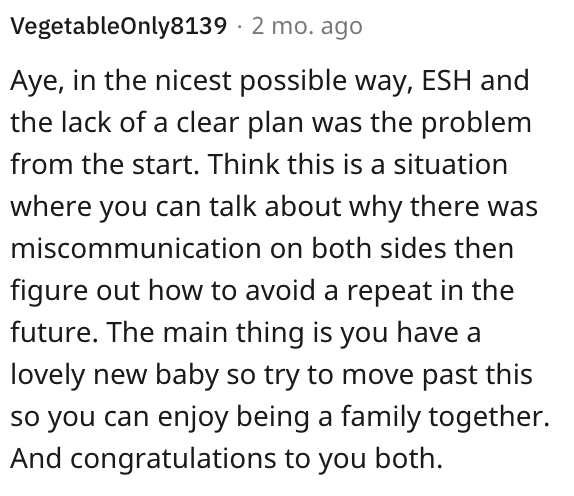 And another individual said this guy is not an a**hole and that he and his wife didn’t discuss this, either. 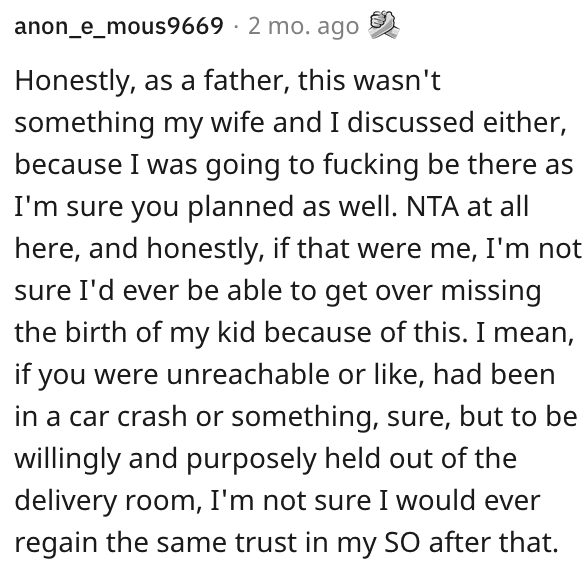 And this individual said that everyone was to blame in the situation because of how they acted. 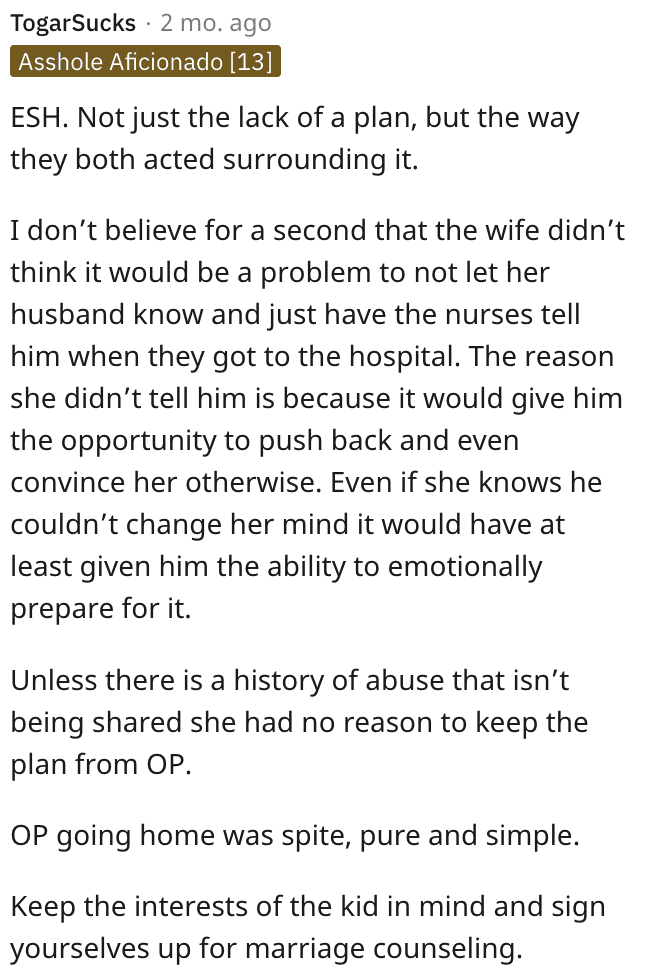