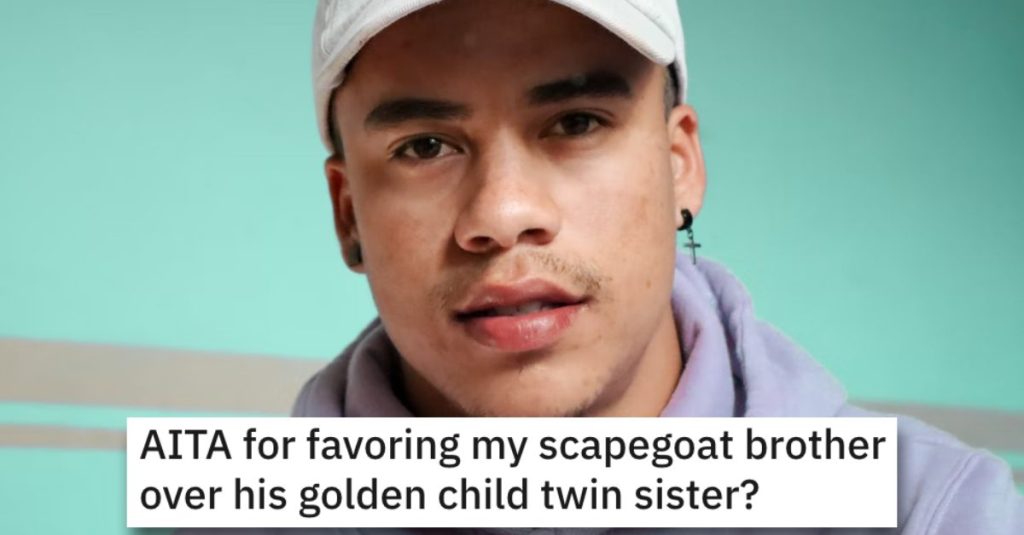 Every family with more than one kid has a golden child.

A child that can seemingly do no wrong and gets all the praise from their parents.

And then there’s the scapegoat…

Read this story and see if you think this guy was wrong for favoring his scapegoat sibling over the golden child.

AITA for favoring my scapegoat brother over his golden child twin sister?

Jill is my parent’s favorite, because they’ve always wanted a daughter, while Joe is their scapegoat, because I guess he’s the bonus baby they never actually asked for. I’m mostly better off than Joe, as I’m the oldest grandson from both sides of my family, almost all of whom are just as blatant as my parents are about their favoritism.

I felt really bad for Joe, so I did what I could to make him feel less alone. Like when Jill got to go shopping with mommy and daddy, I took Joe skating with my friends. When our parents were too busy watching Jill’s kiddie pageant, I dragged my best bud to sit through Joe’s elementary school musical. Small things like that.

It all started as pity moves, but soon my friends pretty much like Joe better than me, while Jill’s princess syndrome got in her head, so now I spend more time with Joe because I simply like him better than Jill. Never said it out loud, but I don’t make it a secret either that I prefer not to spend my time with entitled brats.

Anyway, like I said they’re graduating soon. They both already had their choice of college, accommodations, etc. Jill’s going to a uni in SF, fully funded by our parents, unsurprisingly. Joe’s going to the same Uni as mine in Seattle, but different campus just 20ish minutes away.

He got a full ride, which apparently makes him ineligible to get any financial help from his own parents. This is also hardly surprising, so I made some calls to ask around, see if anyone is hiring next fall. I did this while on Facetime with Joe. I was reassuring him that we’ll find him a job that don’t suck and pays enough, that he’s better off without dad’s money anyway because we both know it comes with strings attached, that this way, mom and dad wouldn’t be able to stick their noses into his purchases. I got him to feel better about the whole thing and logged off.

I guess Jill overheard, because the next day she sent me texts after texts demanding I help her find jobs as well because she doesn’t want dad “nagging her”. When I told her, politely btw, that I don’t know anyone in SF, and that she’d get more help from mom and dad, she blew up, saying all these things about me favoring Joe over her, which, yeah. It’s true.

I love both of my siblings, but I don’t particularly like Jill. It’s not like she’s making herself likeable, though, so AITA?”

One reader said the brother doesn’t sound like a f**k up at all and that he has his act together. 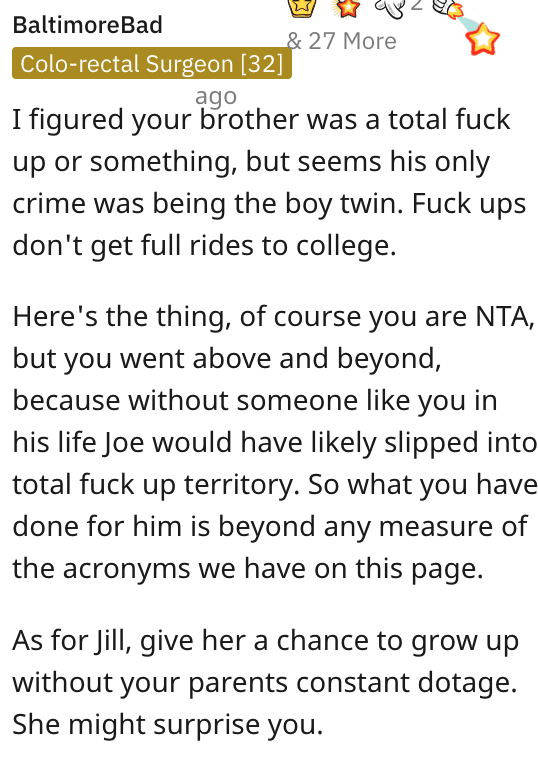 And this person said once the brother leaves his toxic family life, the only way to go is UP! 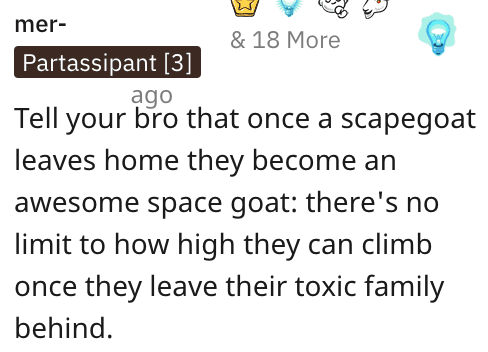 Another Redditor said if the brother lives up to his potential, this person will have a lot to do with it. 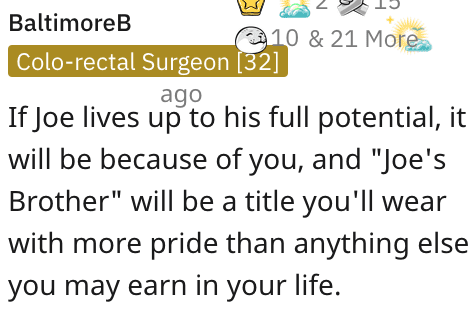