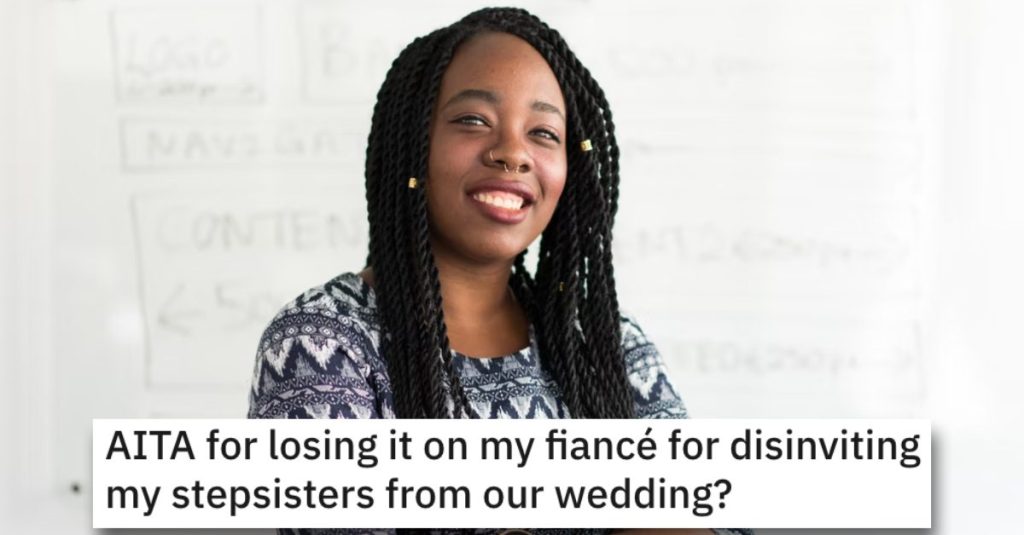 She Exploded on Her Fiancée Because He Uninvited People From Their Wedding. Was She Out of Line?

You know that if someone gets uninvited from a wedding, things are getting ugly.

Take a look and see if you think this woman overreacted or was justified in her response to her husband-to-be.

AITA for losing it on my fiancé for disinviting my stepsisters from our wedding?

I f25 am getting married to my fiance next month, We’ve had no issues with the wedding planning except the “guest list”. Context: I have a large family, I have 2 stepsisters (18, 20) and a biological brother (27) and also a biological sister (30).

My fiance argued that the guest list should be cut short and suggested I only invite my “immediate family”, I asked him to elaborate and he suggested excluding my stepsisters. I said no and got upset with him for implying that they’re not family, he said “well, This wasn’t what I meant..I was just speaking from a technical angle”, especially since I didn’t include them in the wedding party like MOH and bridesmaids.

So he thought they were”unneeded” but I said they are wanted, and will always be wanted and included by me. Well, days ago, my stepsisters called saying my fiancé cancelled their invitations and told them some lie about changing wedding location and telling them they won’t be able to come. I was fuming, I went home and started screaming at him.

He asked that I hear him out then explained he had no choice since we were required to shorten the list, and he just did my “dirty work for me” since I obviously was looking at the situation from an “emotional angle” and couldn’t bring myself to disinvite my stepsisters myself. I called him a hypocrite cause he invited almost 6 of his friends who, as far as I know, aren’t immediate family. I told him he hurt my stepsisters by going behind my back and excluding them from y wedding which they’ve been so excited about.

He got up from the couch and yelled that it’s our wedding so my stepsisters feelings aren’t really that relevant compared to H.I.S and called me controlling for wanting my way or the highway. He took his phone and stormed out to see his friends.

Some of his friends called to “scold” me for how I’m treating “their brother”and then went on about how rude I was to suggest that “their brother” disinvite them from the wedding just because I don’t like them and called it “a you problem”.

My future MIL called and is wanting to speak to me.

He probably told her what’s going on and she is probably going to ask that I apologize for yelling.”

This person said she shouldn’t marry him and that she definitely isn’t the a**hole. 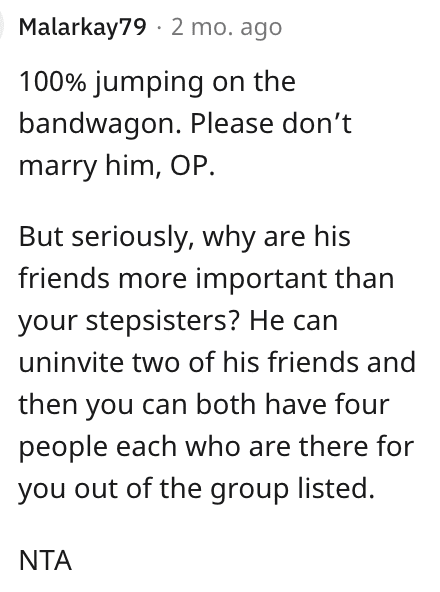 And another reader said the reception sounds like it’s going to be one big frat party. 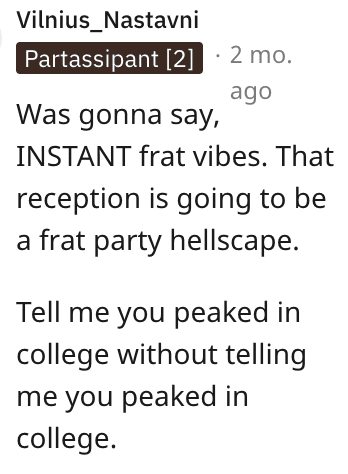 This Reddit user said she’s getting a preview of what it’s going to be like to be married to him. 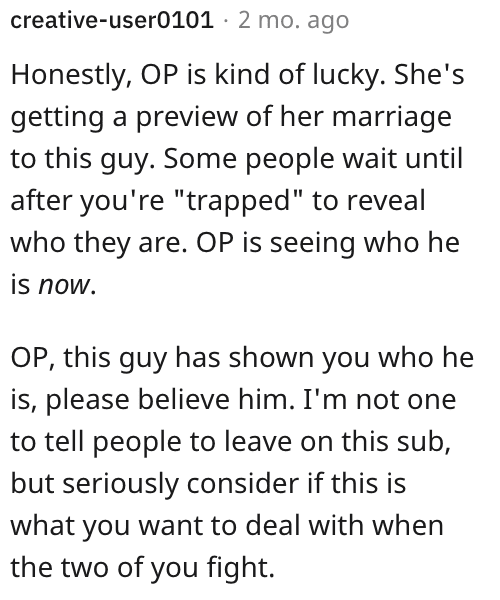