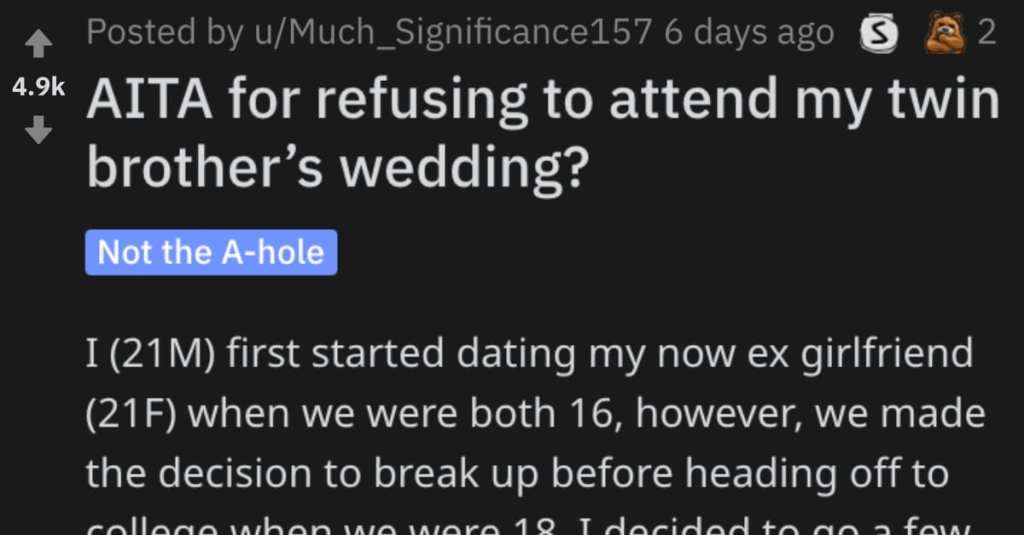 Guy Refuses to Go to His Twin Brother’s Wedding. Is He Wrong?

All twins have a special bond and it’s heartbreaking to see things come between them…especially when it involves someone’s ex!

And this story is a real doozy!

Take a look and see what happened in this post from Reddit’s “Am I The A**hole?” page.

AITA for refusing to attend my twin brother’s wedding?

“I (21M) first started dating my now ex girlfriend (21F) when we were both 16, however, we made the decision to break up before heading off to college when we were 18.

I decided to go a few hours away while she decided to stay local. Also note that my girlfriend was very close with my family so this was hard on my family as well. When returning home from my first year of college, my brother surprised me with the news that he had been dating a girl for over 6 months now.

Only problem- it was my ex girlfriend. I was obviously pi**ed and my brother understood but made it clear he had no intention of breaking up with her. Eventually we came to the agreement that we would continue our relationship if he never mentioned her to me or made us interact- he happily agreed to these terms.

However, recently my brother surprised me with the news that the two of them are now engaged, and he wants me to be his best man. I told him absolutely not. He and I had agreed from the beginning that I would not have to attend any event where my ex would be there.

My whole family is calling me selfish and telling me I can suck it up for one night. But I just don’t feel comfortable being the best man at my ex’s wedding.

AITA for refusing to go to the wedding and be his best man?”

This person argued that personal boundaries are black and white and that the man needs to do what makes him comfortable. Simple as that. 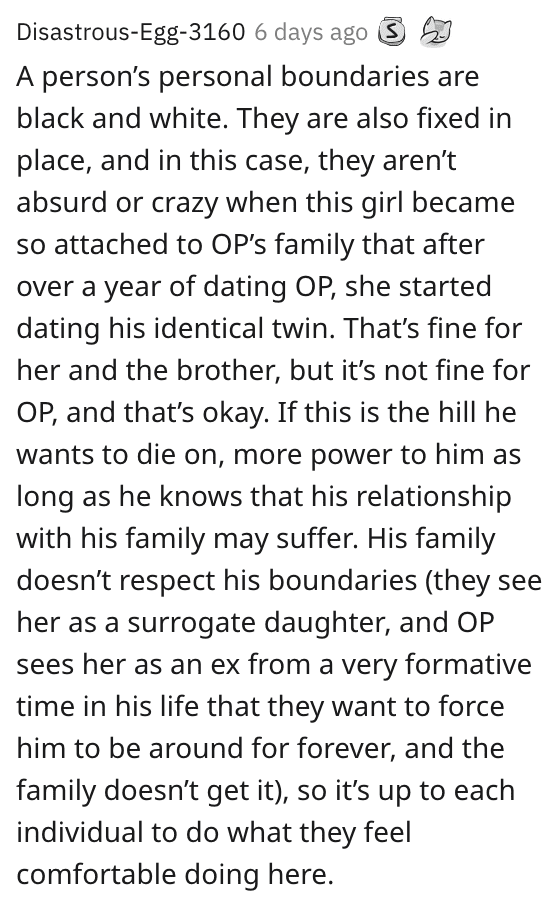 Another reader said that the fact that the brother got together with his twin’s ex-girlfriend is “f**king disgusting.” I think I have to agree… 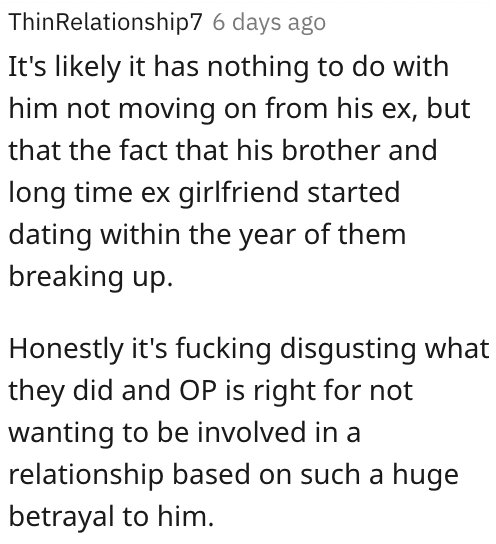 This individual can relate because they dealt with a similar situation in the past.

Who knew people did this much sibling hopping? I sure didn’t! 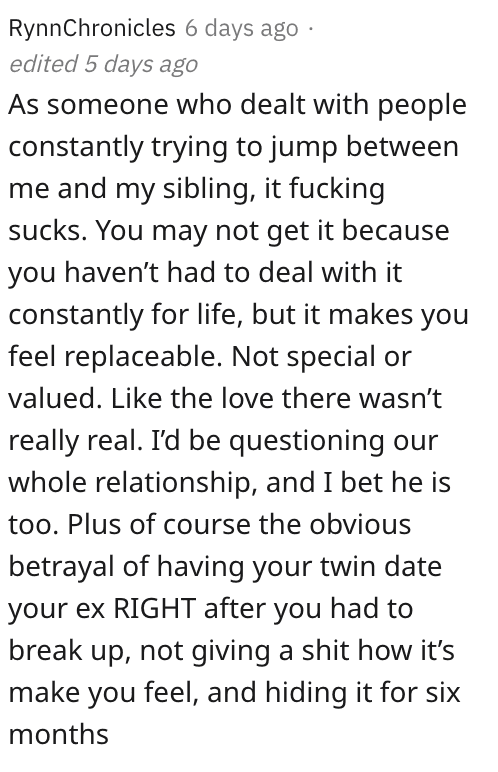 And this person called out this behavior for what is it: REALLY SH**TY! 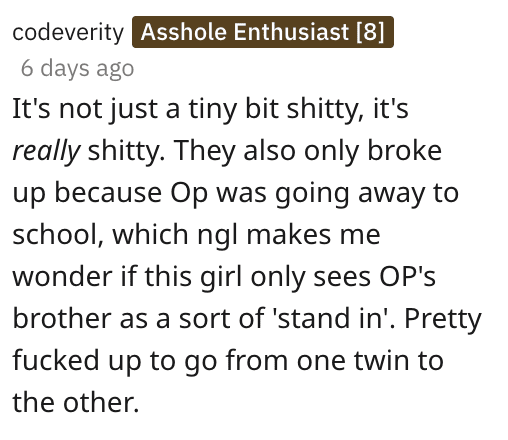 That’s a tough one…