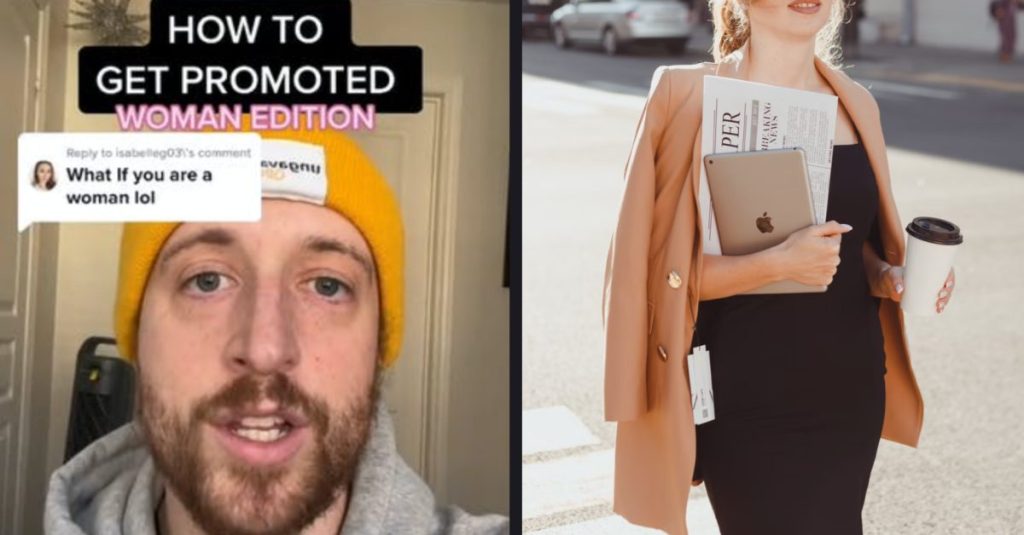 Fellas, I think they have a pretty good handle on it, okay?

But some people never learn…

A guy named Alex Biron who hosts the Mean Streak Podcast posted a video where he shared his thoughts about how to get promoted if you’re a woman and what he had to say was definitely unconventional and surprising.

Take a look at the video.

And you better believe that TikTok users shared their thoughts about this.

Another person responded, “OMG this is brilliant.. after working for 15 yrs in corporate, working harder doesn’t guarantee raises.”

And another TikTokker said, “That is so manipulative. I need more tips like this haha.”

This person sounds like they’re pretty on board with the idea: “That is genius. I don’t know how to not take on extra work etc. I’m always convinced I’m about to be fired even when I’m giving it everything.”

Alex Biron responded after the video went viral. He said, “I first did a video where I did, ‘how do you get promoted?’ But it was for guys. I basically said that when you’re starting out, don’t work too hard in the beginning, and then suddenly start to work really hard and tell your boss that you got the girl you’re seeing pregnant and that you need it, like lit a fire under you kind of thing.”

“That was kind of just like a satirical video, but it did pretty well. Then some people in the comments, were asking, like, ‘Oh, is there a version for women?’ I kind of thought about it, and then it gave me that idea for the next video that went super viral.”

What do you think about what this guy had to say?