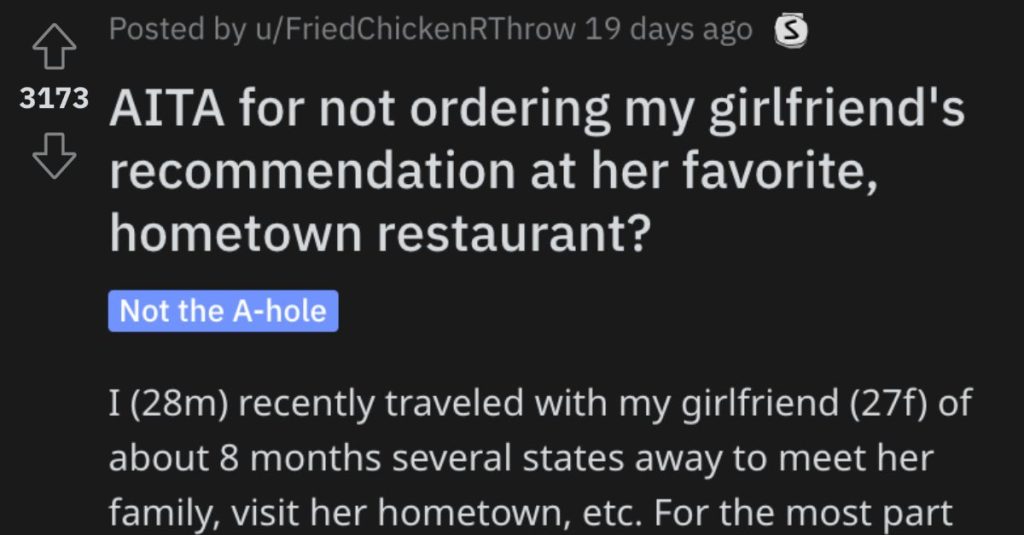 A word of advice: if your girlfriend takes you back to her hometown and insists you eat a certain meal at her favorite restaurant, you order it, eat all of it, and smile even if you think it tastes like dog food.

Well, apparently, this guy didn’t get the memo…or maybe I’m just wrong about the whole thing…

Let’s see what happened in this story from the “Am I The A**hole?” page on Reddit.

AITA for not ordering my girlfriend’s recommendation at her favorite, hometown restaurant?

“I (28m) recently traveled with my girlfriend (27f) of about 8 months several states away to meet her family, visit her hometown, etc. For the most part the visit went really well; I really liked her parents and siblings and we got along well. I had a good time.

However, on night two of the visit she decided to take me to a local restaurant that she loved and that she grew up frequenting. Apparently the place is famous in the area for the their walleye, and their most popular meal is a fried walleye basket with fries, coleslaw, and Texas toast. My girlfriend was going on and on about how “awesome” their walleye is and how I HAD to try it.

The thing is, I’m just not a big fan of walleye. People from her region seem to love it but it just tastes like lake water to me. I don’t really like fish in general, actually, especially freshwater fish. I can eat it but it’s not something that I ever get excited about.

When we got to the restaurant my girlfriend acted as if it were a foregone conclusion that we would both be ordering the “famous” walleye basket, but I told her that I wasn’t interested but that she should order the two filet basket instead of the one filet and that I would try a little of the walleye just to see what it was like. When the server came I ordered the fried chicken basket instead.

My girlfriend was peeved at me for this. She said that I was visiting her hometown and that she wanted me to experience something that she really liked. Even if I’m not a huge walleye fan I could have just tried her favorite hometown’s restaurant meal that one time just because she wanted me to.

But I think that she shouldn’t have tried to (both figuratively and metaphorically) to shove something down my throat that I wasn’t into. I also agreed to try to walleye, just not make it my whole meal.

Ouch…let’s see what Reddit users had to say about this.

This reader said that the guy was not an a**hole and that no one should be forced to eat something they don’t like. 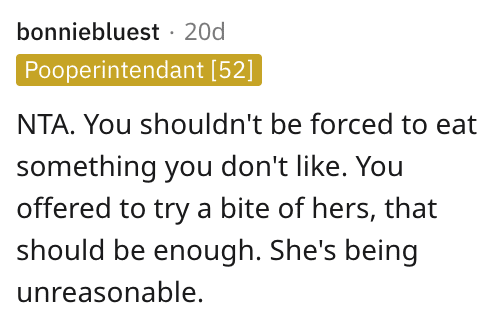 Another person said that they don’t understand why the girlfriend got bent out of shape about this situation. What’s the big deal? 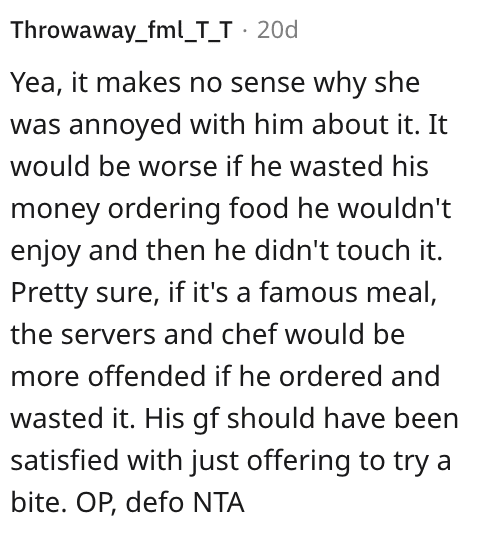 Another individual said that it’s not like they were dealing with some kind of traditional dish here…it’s fish. 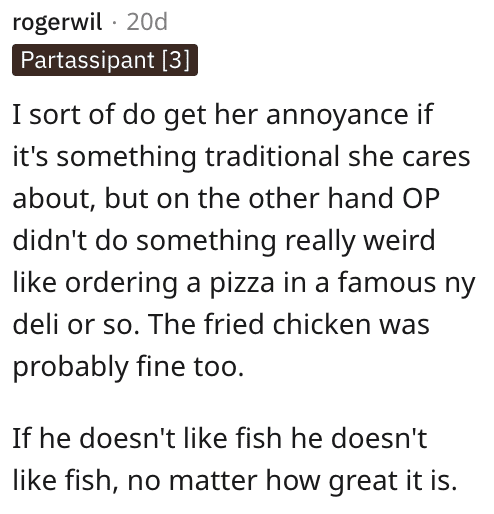 And lastly, this reader said they don’t think the guy is an a**hole, but they can understand why the girlfriend had her feelings hurt. 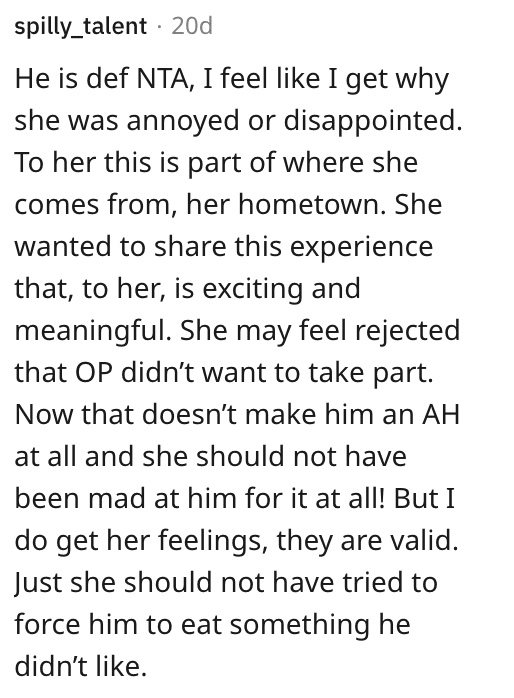 Or was this really no big deal?