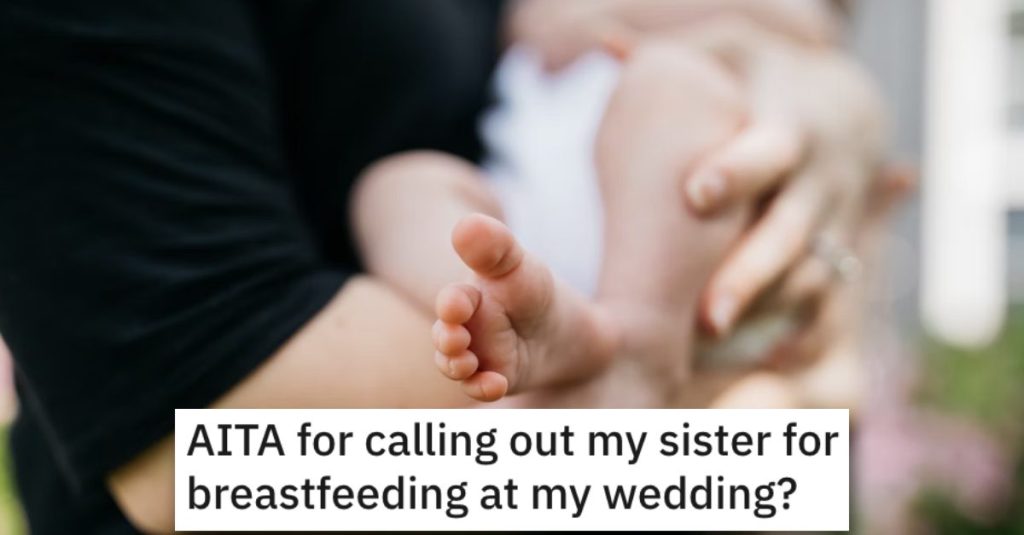 He Called Out His Sister for Breastfeeding at His Wedding. Was He Wrong?

Breastfeeding sure gets people fired up, huh?

Check out this story and see if you think this guy acted like an a**hole for calling out his sister for breastfeeding at his wedding.

We hope to hear from you in the comments!

AITA for calling out my sister for breastfeeding at my wedding?

During the reception dinner she just did it again. I kindly approached her and asked her why she didn’t bring formula or at least bump milk out and put it in the bottle so she wouldn’t have to do all this at that moment. She said “because I don’t have to. I feel comfortable breastfeeding.

Getting milk out on my own is more painful” I said she could just make this sacrifice and compromise for one day instead of doing this in front of 250 guests on my wedding. She then said she can’t do much about it now, because the baby has to have her milk. I told her she should be more thoughtful of that then instead of completely embarrassing herself and us by doing this.

I told my wife what the deal was and she said I’m an AH and should immediately apologise to my sister. My parents also sided with my sister and now pretty much everyone thinks I’m an AH since I’m the only person who had a problem with it.

The only reason I decided to call her out is because I considered it a bad etiquette and tacky to do that at a formal event and that she could just find another solution for that night.

This reader said this guy is the a**hole in a major way.

Another Reddit user put this guy in his place… 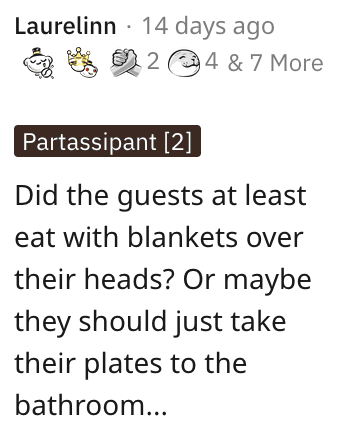 And this individual said it sounds like this guy has some weird s**ual hangups. 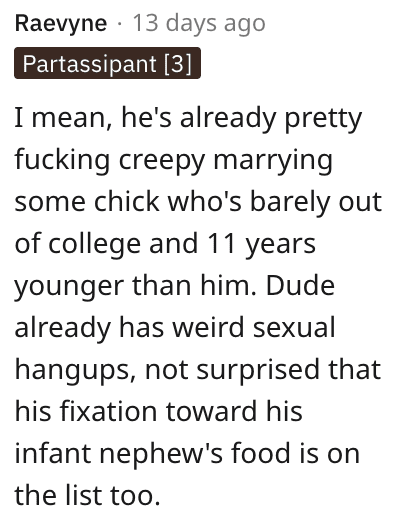