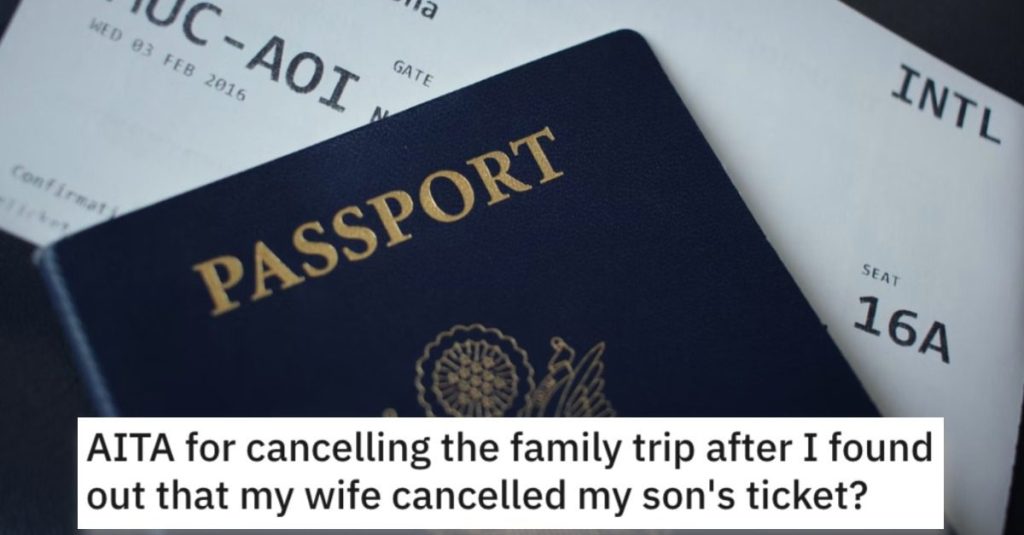 He Cancelled the Family Trip After His Wife Cancelled His Son’s Ticket. Was He Wrong?

Man…can family vacations get complicated, or what?

And it’s your job today to decide if this dad was out of line for cancelling the family trip because of something his wife did.

AITA for cancelling the family trip after I found out that my wife cancelled my son’s ticket?

“Situation is a bit messy so bear with me.

I M42 have two boys, Adam 16 & Leo 14. Their mom passed away 5 years ago and I married my wife Rose about a year ago. Rose adores both of my boys but complains about Leo being overly uptight and closed up.

It’s true that he likes to keep to himself, doesn’t participate in most family functions but that’s just how he is. My wife has taken it personally and kept saying that Leo clearly doesn’t like her and/or doesn’t like spending time with her.

What she started doing was try to exclude him from events under the excuse of “he wouldn’t be I interested anyway” which I thought was wrong because he’s picked up on that and started asking why. So I told my wife to just do her part and that giving him the choice to decide whether he wants to participate or not and not outright exclude him.

I’d been arranging for a family trip and days ago I booked tickets/hotel reservation upon deciding our destination. Note that I was paying for the entire thing.

But the day of the trip I found out that Leo’s ticket had been cancelled, I was dumbfounded to discover it was my wife who cancelled it, I immediately confronted her and she said she figured Leo wouldn’t want to come but she knew he said he’d go, she tried to argue that due to his “moody personality and introvert nature” he’d change his mind last minute or go on thd trip but turn it into a miserable experience for us all.

I got so mad at her especially after she tried pressuring me to leave him with his aunt. I cancelled the entire trip, all tickets, all reservations everything. She blew up at me and started lashing out. I had the boys unpack and I did the same which made her go crazy and yell at everyone in the house.

She went to stay with her sister while exposing what I did to the rest of the family who thought I made a big deal out of it and should’ve cancelled the trip that I promised the while family.”

One person said he’s NTA but his wife sure sounds like one. 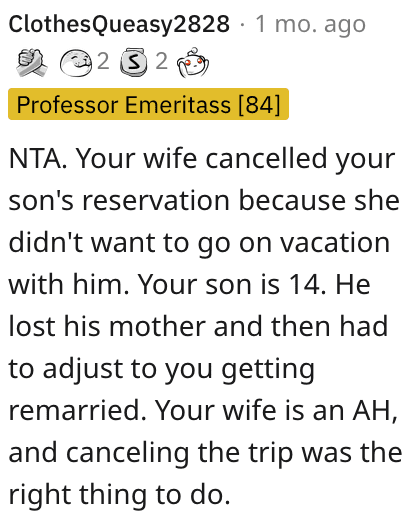 And another individual said it sounds like she’s trying to pit his kids against each other. 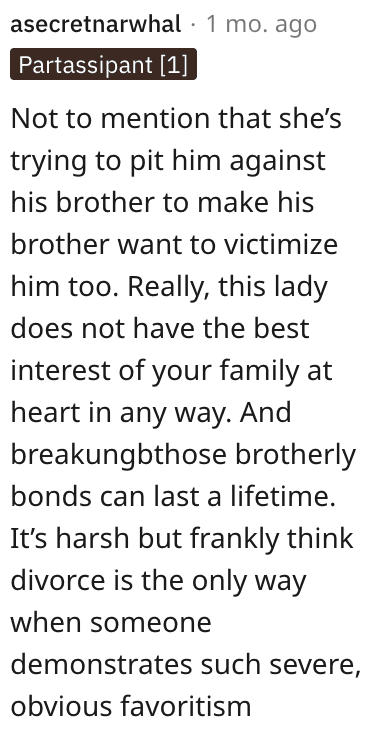 Another Reddit user said it sounds like this new wife doesn’t understand the concept of being a mother. 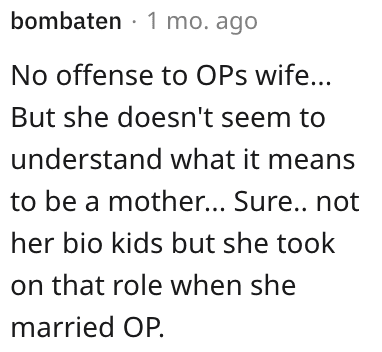