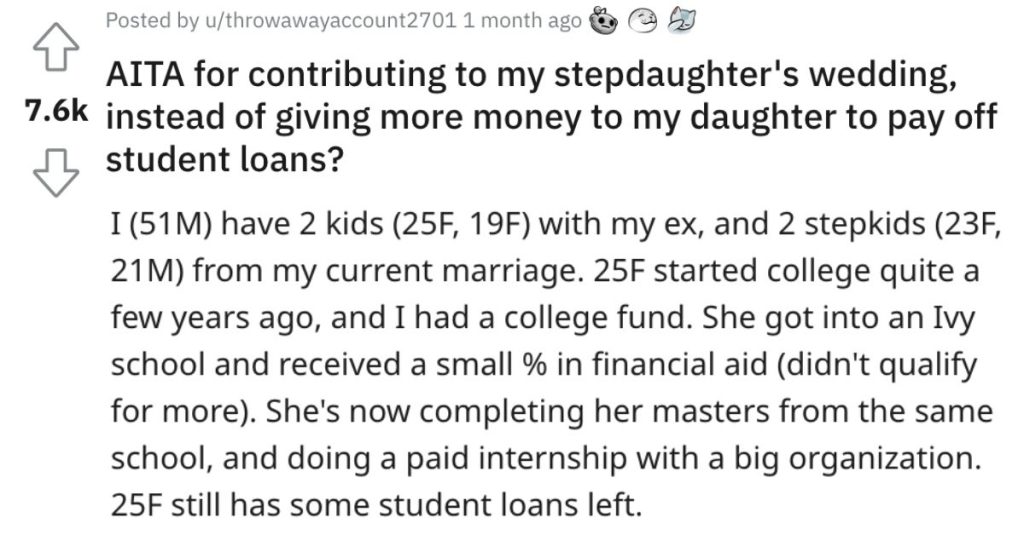 He Gave His Stepdaughter Money Instead of His Daughter. Is He a Jerk?

Sibling rivalry is alive and well…and that goes for step-siblings, too!

Yeah…that’s a tough one.

Read on to see if you think this guy is acting like an a**hole or he’s justified in what he did.

AITA for contributing to my stepdaughter’s wedding, instead of giving more money to my daughter to pay off student loans?

25F started college quite a few years ago, and I had a college fund. She got into an Ivy school and received a small % in financial aid (didn’t qualify for more). She’s now completing her masters from the same school, and doing a paid internship with a big organization. 25F still has some student loans left.

23F is getting married next year and I’m contributing a decent amount to the wedding. I have a good income and also a decent amount of savings. Bottom line is that 25F found out I was paying for part of the wedding and she’s been pretty upset saying that I could’ve used some of that money to help her out.

I asked her if she’s struggling with managing everything, she said no but that it isn’t fair to her or 19F that I’m spending so much on 23F’s wedding. I said that I already contributed to her college fund, and my other daughter got a full ride to her school. This has nothing to do with any of that.

She got kind of angry with me and I know that she also had a bit of an argument with 23F about it. Even 19F got involved, saying that I shouldn’t be ‘throwing all this money’ for this wedding.”

One reader said this guy is an a**hole. A MAJOR ONE. 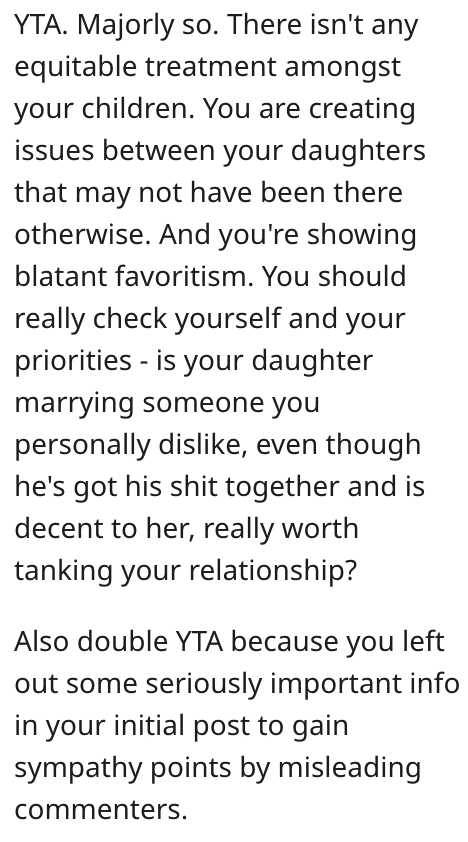 And this Reddit user brought up a good question that this guy should consider. 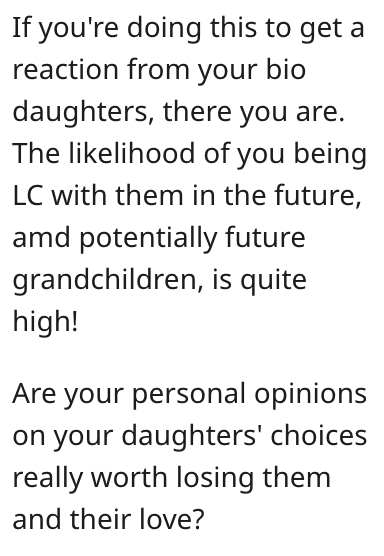 And another individual made a good point: this is kind of an odd response, isn’t it? 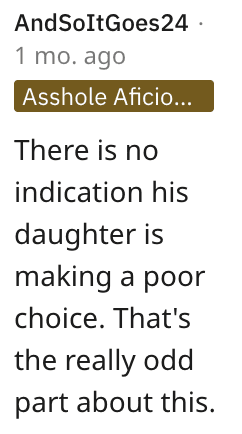