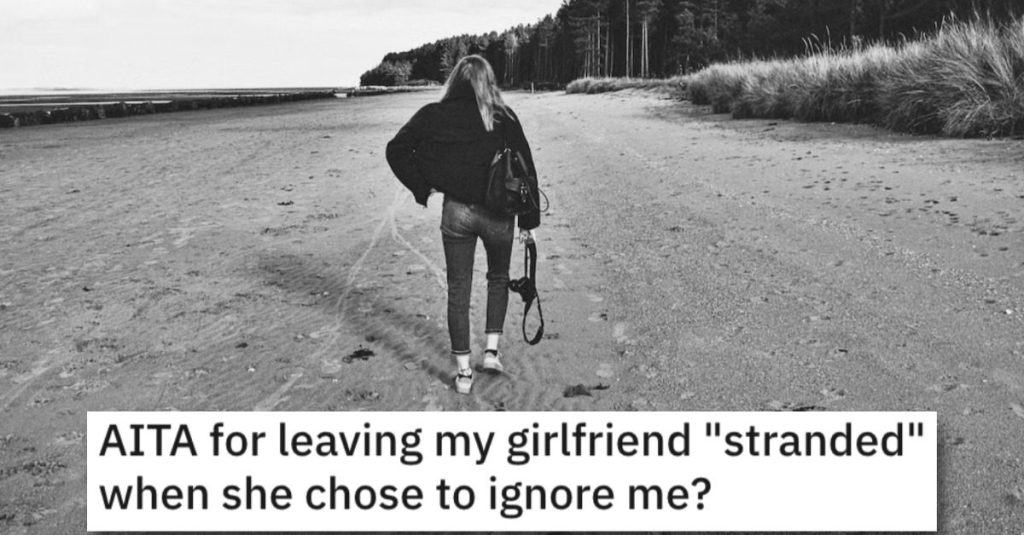 He Left His Girlfriend Behind After She Ignored Him. Was He Wrong?

You ignore me, you’re gonna get stranded!

Well, I guess we’ll have to see exactly what happened here before we make a judgment on this story…

AITA for leaving my girlfriend “stranded” when she chose to ignore me?

“I 27 went to a pumpkin patch with my girlfriend 22 and a bunch of her friends. I was told it was a couples thing but I was the only guy there. That’s fine. I am okay with her friends. I am past the whole cutesy date thing but I like making her happy.

But then they all started ignoring me. Every time I tried to join a conversation or spend time with my girlfriend I got frozen out. Like I was intruding. I asked her if she wanted to go do the corn maze with me and it was like I was some creepy guy at a bar. They all had to come along. Like I was trying to seperate her. I totally was but I don’t think that’s a bad thing.

Anyways they all decided to split up in the maze and my girlfriend went with them.

F**k this noise. I could go catch the Seahawks game if I boogied. So I texted her that she had five minutes to respond to me or I was going back to town to watch the game and she could get a ride back with her friends.

I was literally watching the second quarter before she responded. It took her that long to notice that I was gone. She said her friend would have to drive really far out of her way to drop her off and that I should come get her.

I was definitely over the limit and I told her to get an Uber and I would pay for it. She said never mind and spent the night at her place instead.

I just woke up to about fifty texts from her and her friends calling me an asshole for leaving without telling anyone.

I did tell her. She just chose to ignore me.

I’m kind of p**sed that I wasted all that gas and time and we never even got to actually spend time together. I’m upset with her and her bulls**t friends.

This reader said he’s NTA and that his GF is using him.

Another Reddit user said they wouldn’t bet on this relationship lasting too long. 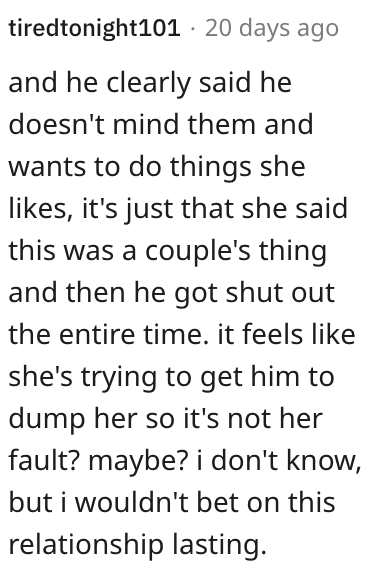 And another individual said she’s treating him like a dad, not a boyfriend.