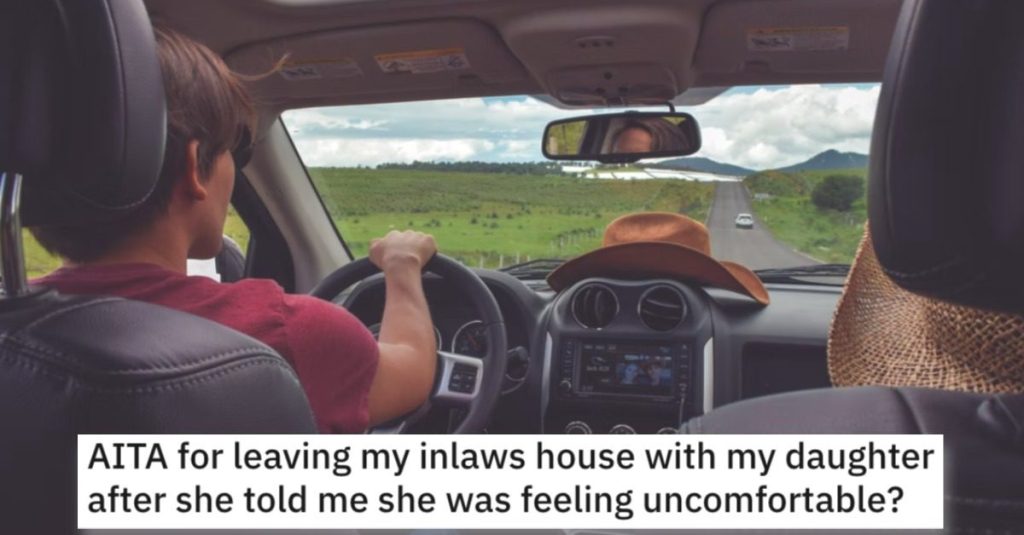 He Left His In-Laws’ House When His Daughter Said She Felt Uncomfortable. Is He a Jerk?

If your child tells you they’re uncomfortable somewhere, I would think that the right thing to do is to get the hell out of there…

But what do I know?

See if you think this father was right or wrong when he took his daughter out of his in-laws’ house.

We hope to see you in the comments!

AITA for leaving my in-laws’ house with my daughter after she told me she was feeling uncomfortable?

We’re getting married soon, I’ve only met her family a couple of times. My daughter “Judy” F16 has never met them till very recently where they hosted dinner to celebrate 4th of july and that’s when they met her for the first time.

Judy has a visible burn scar on her forehead. It was due to an accident she was in when she was 9. She used to be incredibly insecure about it. To the point where I was forced to home school her and it was hard trying to deal with and navigate through this tough time.

Now she’s doing a lot better though some comments can really cause her to become stressed out and anxious. My fiance knows all that and respects it. Before we went to her parents house I asked her to tell them about Judy and her struggle and get to try and not say anything negative about it or possibly mention it. She said she would guarantee no one will say anything.

We got to the event and they talked to Judy and she slowly warmed up to them. Everything was going well till I was dinner time. My FMIL looked at Judy while she was eating and pointed at her scar. Basically asking questions about it which made Judy lose her appetite and start to get uncomfortable.

I kept sending my fiancee and her mom signs to knock it off but to no avail. Finally, FMIL then brought up the wedding and asked my fiance if it’d be possible to “photoshop” the scar out of any wedding photos that will have Judy in them just in case they distract viewers. I was dumbfounded, fiancee said nothing just stared casually while nodding.

I looked at Judy and it was clear this got to her. I leaned closer and asked if she was feeling uncomfortable and that we could leave if the answer was yes. She took her time then nodded and said “yes, I’m feeling uncomfortable right now”.I got up and told her to get ready cause we were leaving. My fiance, her mom and the family started insisting we finish dinner and stay but I refused. I took Judy and got in the car and left before even talking to my fiance.

Obviously, she was pi**ed. She called and was angry talking about how I disrespected her parents by taking Judy and leaving in the middle of dinner and not even “saying goodbye”, i told her that Judy was feeling uncomfortable with FMILs comments and questions.

She said Judy overreacted and is in need to go back to therapy if a simply mention of her scar caused her to react that way. I got tired of arguing and asked her to give us some time but she went on me and said that I have no respect for her and her family and that what I did was irrational and now she won’t speak to me til I clear things up with her family after ruining their celebratory dinner.”

This individual said that this guy’s finacée has shown her true colors and that he is NTA. 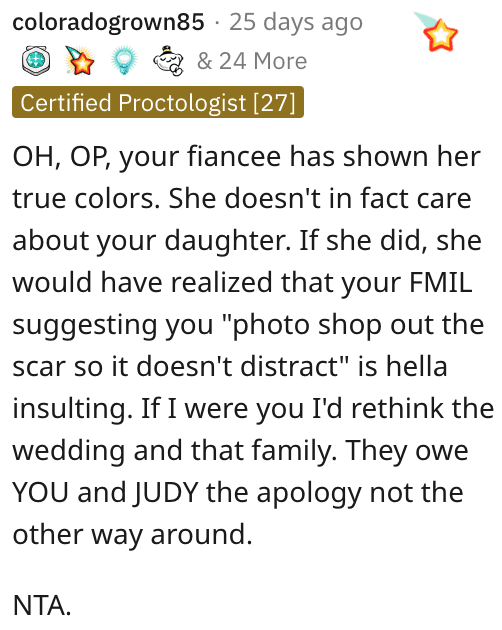 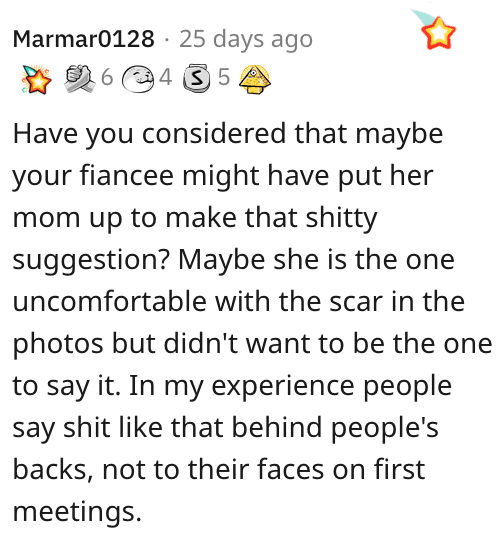 Another reader made a good point: does this guy really want to be a part of this family? 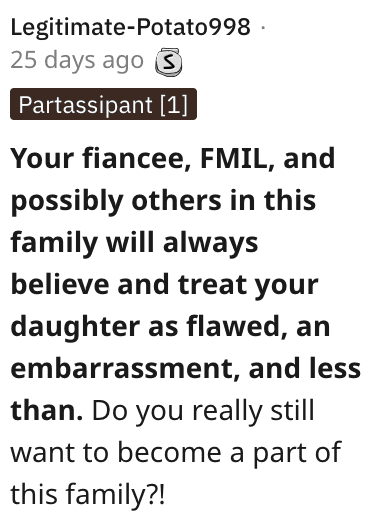