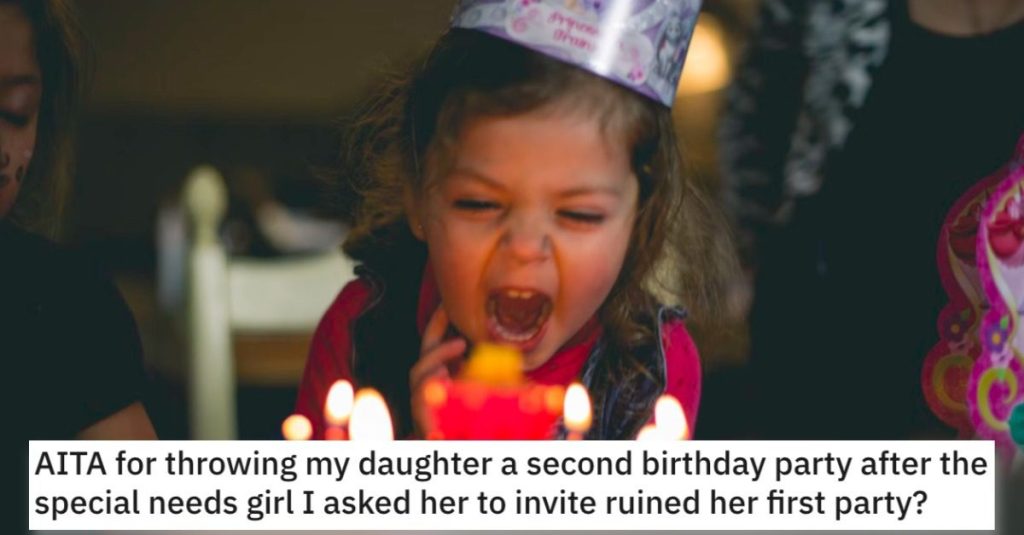 If at first you don’t succeed, try again…

Does that old saying work for kids’ birthday parties, too?

Well, I guess it does in this case…but was this parent an a**hole for throwing their daughter Party Number Two?

AITA for throwing my daughter a second birthday party after the special needs girl I asked her to invite ruined her first party?

“My daughter turned 12 a few weeks ago, and for her birthday party, she wanted pizza, a double feature movie at the drive in and ending the night with a sleepover and game night. I told her she could invite 4 friends.

I suggested she invite “Molly”, a girl who just moved to the area and is in my daughter’s class. I even admitted Molly’s mom had told me Molly was having a hard time making friends since the move. Molly has cerebral palsy and some developmental and intellectual delays, but overall seemed very sweet. My daughter agreed to invite Molly, but I think it was only because I asked.

While Molly seemed to be a a very sweet kid, she was absolutely awful at the party. She cried when we we didn’t get a pizza with her favorite toppings, and then stole the first slice of cake meant for my daughter. Things got worse at the movie.

The first movie (Cruella) was too scary for Molly and she started freaking out and crying multiple times throughout the movie. I tried to calm her down, suggesting we take a walk to the snack bar during the scary parts or close her eyes, but she was inconsolable. I tried calling Molly’s mom a few times to pick her up, but I didn’t get an answer.

Eventually we ended up having to leave before the second movie (Black Widow) , which was the movie my daughter really wanted to see. That night at our house things still got worse. Molly threw a wii remote after she lost at just dance, and didn’t want to play any of the games the other girls did.

The next morning I called Molly’s parents to pick her up early. Her mom apologized for Molly’s behavior admitting she is prone to outburst when she gets overstimulated, but she had been doing so much better lately in her the therapy. A few days later though, Molly’s mom told me that she can’t stop talking about the party and how much fun she had.

That evening, after all the other girls had left, my daughter was clearly upset about having her birthday ruined. I felt bad for asking her to invite Molly, so I told her the next weekend, I would take her and her friends out for pizza and to see Black Widow in the theater to make it up to her, but my partner thinks this is a real jerk move.

He pointed out that sometimes life isn’t fair and things get ruined. He also doesn’t think it’s a good idea to show our daughter it’s ok to exclude people who are different. Anyway, I’m a little torn here.”

This person said this parent is NTA and it sounds like Molly’s mother knew exactly what she was doing. 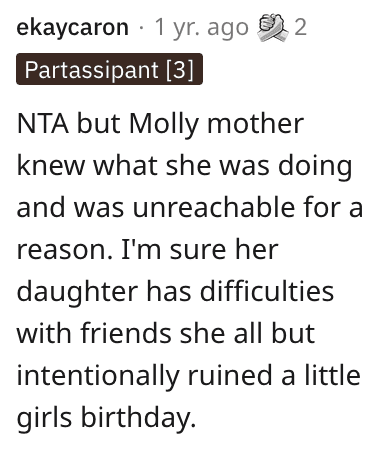 Another reader agreed and said the other mom knew exactly what might happen. 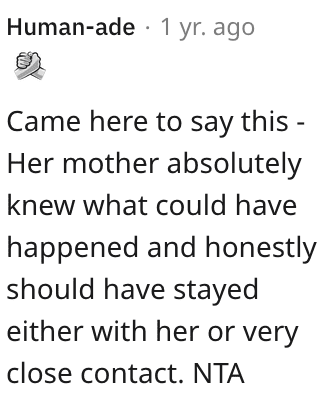 And this Reddit user said this is just totally sh**ty parenting on Molly’s mom’s part. 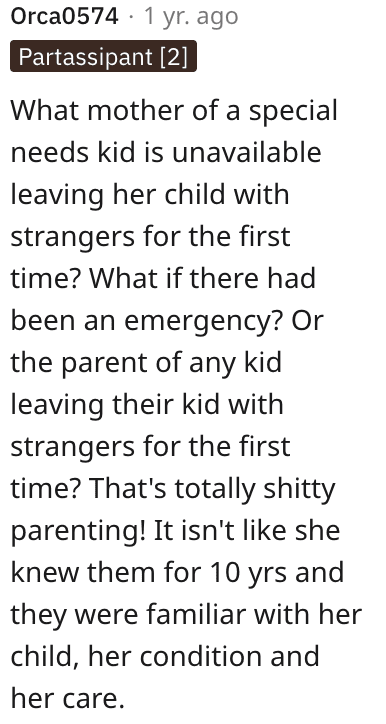