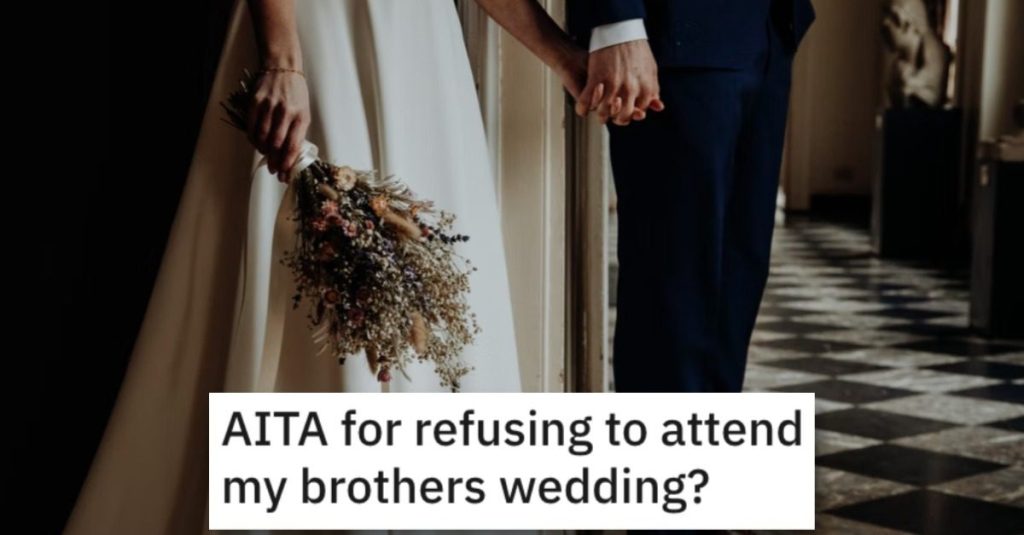 He Refuses to Go to His Brother’s Wedding. Is He a Jerk?

This one is wild, folks!

But what else do you expect from Reddit’s “Am I the A**hole?” page?

They consistently get interesting stories from everyday folks who just want to know if they’ve gone too far and acted like…well, a**holes.

Check this story out and we hope we hear from you in the comments.

AITA for refusing to attend my brother’s wedding?

“So as the title gives away my(19M) brother(22, we’ll call him Jay) is getting married to his girlfriend(21, we’ll call her grey) of a couple years. From everything I’ve heard of her, she’s great, kind, makes him more happy than I’ve ever seen him and I was ecstatic that he was getting married…until I learned that she was my ex.

Me and grey dated for around 6 months when I was 17 and she was 19, the age gap wasn’t a problem for us and we got along just fine, but she kept bringing up me always being busy and I kept apologizing and saying I can’t be available all the time, but she wasn’t really having any of it and broke things off, what made it worse is a month later her and Jay started dating. I was furious with him and told him off for pursuing my ex and then cut him off and told him “talk to me again when you’re not talking to her anymore.”

He contacted me 2 months later saying they broke up, I believed him because me and grey broke contact completely before so me and Jay started talking again. We’re also kinda contacting each other long distance right now since he’s in the military- so I don’t really have a close look on his life.

When Jay announced his engagement with grey(he never said her name) we were all excited for him, especially when he pulled me aside and I got even more excited because I thought he was gonna ask me to be his best man

He told me “so about the girl I’m marrying…I don’t want you to be mad at me, but…you know when I said I broke up with grey…” I didn’t even let him finish before saying “I’m not attending your f**king wedding” and walking out. I tried my best not to make a scene but everyone saw me leave and was blowing up my phone afterwards asking what happened and why I was being such an a** walking out on Jay like that. I pretty much responded to all of them, “don’t try convincing me to attend his wedding when he lied to me for 2 years”

One reader said he’s NTA and that this was not a small thing. 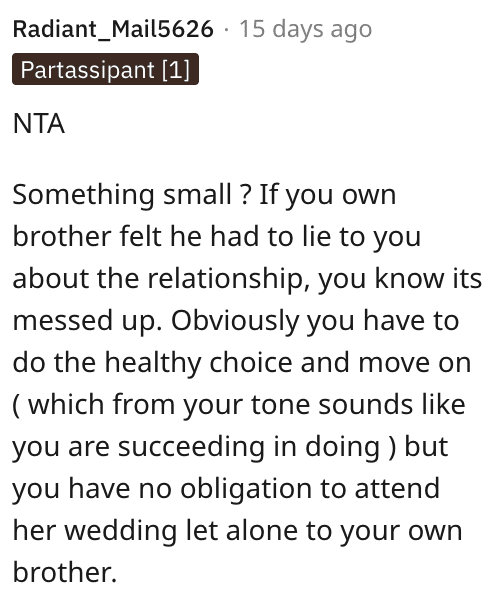 And this individual also said this guy is not an a**hole. 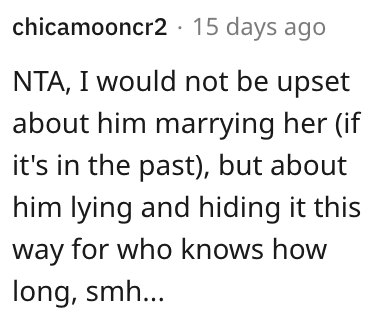 And this Reddit user said he’s NTA…but he should still go to the wedding to be the bigger person.