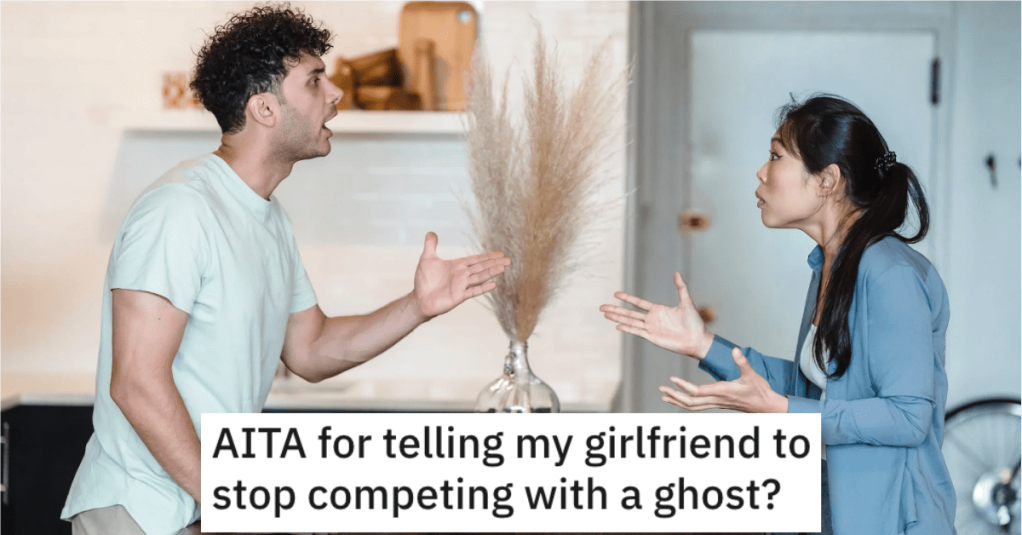 He Told His GF to “Stop Competing With a Ghost.” Was He a Jerk?

You can’t compete with a ghost.

For those of you that don’t know what I’m talking about, I’m saying that you can’t compete with someone who has passed away.

And the guy in this story from Reddit’s “Am I the A**hole?” page wants to know if he was a jerk for saying this to his girlfriend.

AITA for telling my girlfriend to stop competing with a ghost?

“My(25m) father (deceased) studied to be a chef but life got in the way and had to do something else, but he kept his cooking skills.

Every Saturday or Sunday, he prepared us a 5-course meal for the family. We (family) are not that good but we get together at least 2 times a month and cook some of the dishes that he used to prepare for us.

My gf (26f) also likes to cook and she is very good at it. She has been part of said tradition (as a guest) and knows the many plates my father made for us.

Now, for the past 6 months she has invited me to eat at her house, she has made every said plates, I didn’t find it strange at the beginning but after a couple of times, every time that she asked me how it was, no matter how much I tell her that it was very good, she somehow ends up dissatisfied with my answer. I have asked her what was the issue but got no answer.

A few days ago, she made my favorite dish and dessert. After I basically stuff my face, she asked me how it was and I told her it was freaking delicious. She started with how delicious? I answered her with 30 different ways of delicious and she was still not satisfied. Then she asked the question, better than your dad’s? And I understood why she was not satisfied.

This is what I said to her and what possibly makes me the a**hole:

“Please don’t do that because I will never compare the two of you. Your food is delicious, I mean, I eat half a pot in one sit of how good it was. But if you want me to tell you that you are better than my old man, I’m sorry but it won’t happen and it’s not because of the level of your cuisine but for the mere fact that you are not my old man.

You’re good on your own right. I look forward to eating your food just as much as I did every weekend he cooked for us. He’s gone, please stop competing with a ghost because you’re fighting a losing battle.”.

She ended up kicking me out and things have been icy between us.”

And now it’s time to see what AskReddit users said about this.

This reader argued that he’s NTA and his GF took things too far. 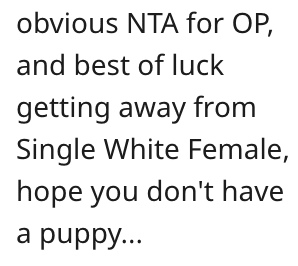 And this individual also said he’s NTA and that this woman is CRAZY. 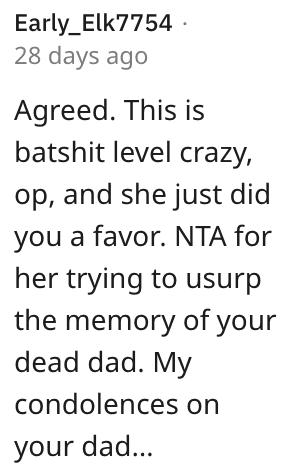