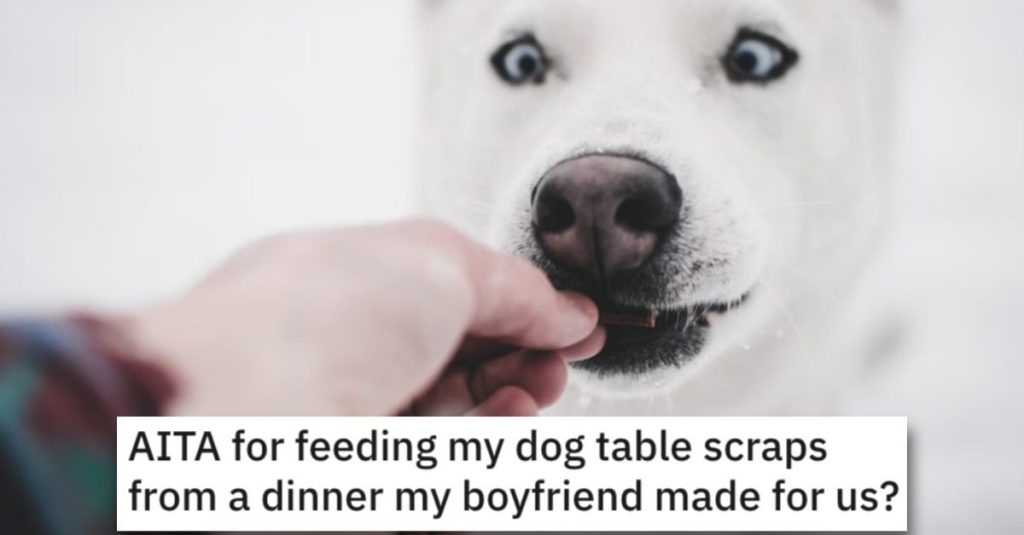 She Fed Her Dog Some Food That Her Boyfriend Cooked for Her. Is She Wrong?

One time I slept over at a friend’s house when I was a kid and his mom made such a horrible breakfast that I faked eating the slop and fed it to the dog under the table.

And it sounds like this woman did what he had to do, too!

You be the judge…

AITA for feeding my dog table scraps from a dinner my boyfriend made for us?

He is handsome, smart, funny, well-educated, has an awesome job, and is a sweetheart. Sunday he had a whole day planned for us. We were going to walk a nature trail and then go back to his place for dinner he was making. I was so excited because it was going to be the first time I’d be at his house. Since we were hiking he said I could bring my dog Shelby with us.

He made us a roast and some vegetables for dinner. I finished my plate before Jay did and took it to the kitchen. There was still about half the roast left and it was close to Shelby’s dinner time so I took half of the half of roast and some still raw vegetables from the fridge to put on a plate for Shelby. I was carrying the plate to the back door with Shelby to feed her outside and Jay asked me what I was doing. I told him feeding Shelby.

Jay said something like “Well that’s not dog food.” Jay knows I mainly feed Shelby a raw diet. I opened the door to put the plate down for Shelby and Jay got up, took the plate away from her, went to the kitchen and came back with it wrapped up in tinfoil and told me to leave.

His excuse was that he made dinner for me and him, not me, him, and my dog and that I should’ve asked before I helped myself since he would’ve used his leftovers. I did leave but not before telling him that he made that meal for us so I could do with some of it as I pleased and he knew d**n well how I feed Shelby.

I tried talking to my friend about it later that night but she said Jay was right to be upset but this friend has never really approved of how I treat my own dog so I feel like she was probably a bit biased and the wrong person to ask.

AITA for just feeding my dog like I normally would?”

One reader said she is the a**hole and that she upset her boyfriend. 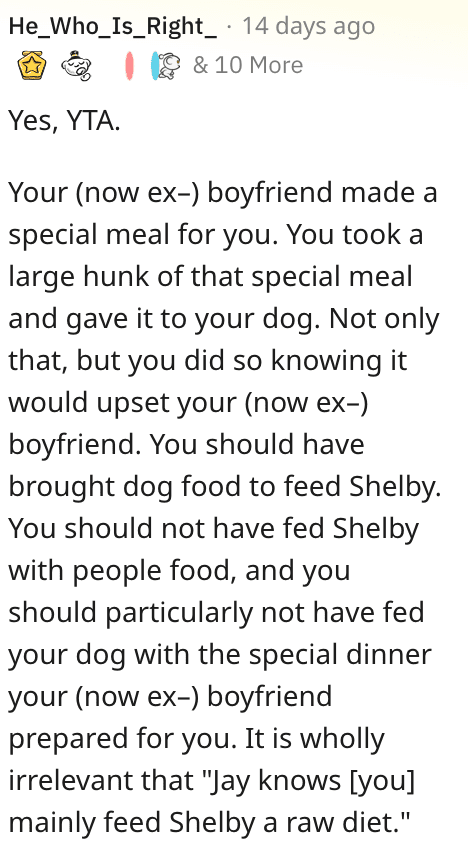 And this individual also said she’s the a**hole.

Have you seen how expensive groceries are these days?!?! 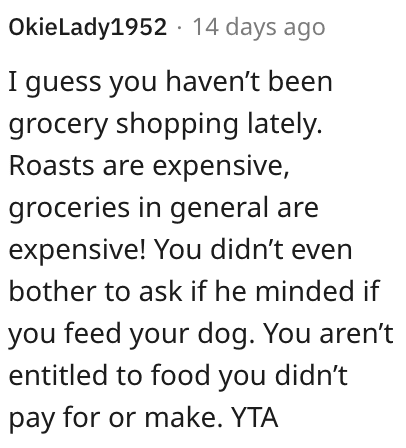 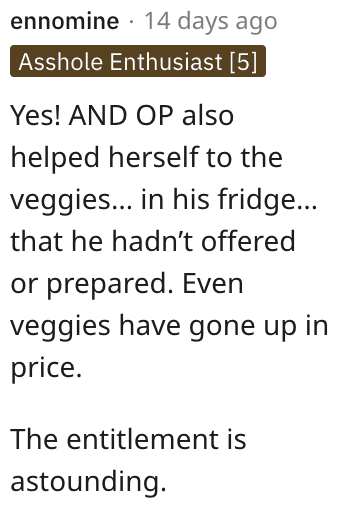