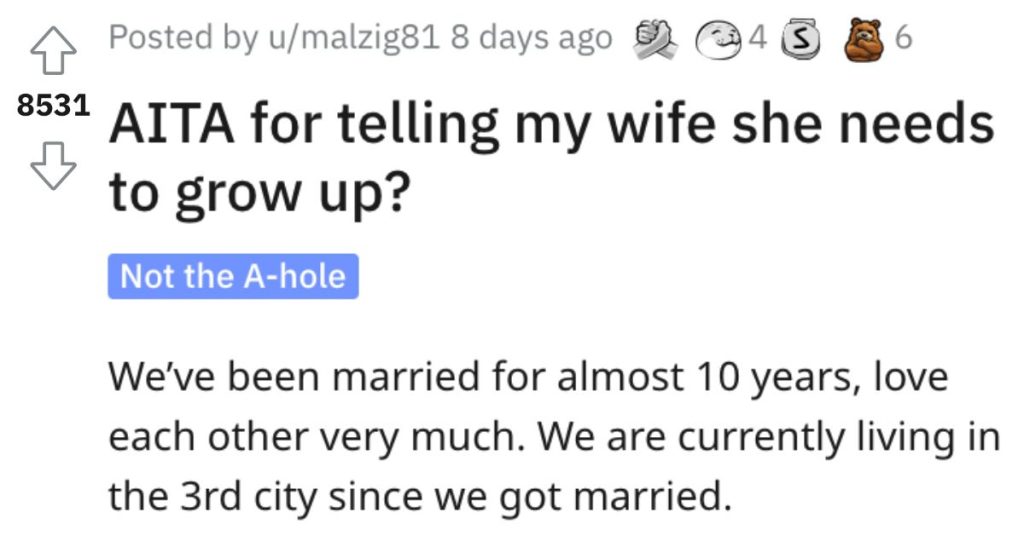 He Told His Wife She Needs to Grow Up. Was He Wrong?

We all gotta grow up at some point…

Or at least, we should all TRY to grow up at some point.

But, as I’m sure you know, some people just can’t seem to get to that point in life…and this guy wants to know if he’s wrong for telling his wife it’s time to GROW UP.

Let’s have a look…

AITA for telling my wife she needs to grow up?

“We’ve been married for almost 10 years, love each other very much. We are currently living in the 3rd city since we got married.

First city was fine for 3 years, then she started to complain about her job, quality of life, how expensive it was. So after a few months of planning we moved to a smaller town, I found another job, she was happy, everything was great.

5 years later she started saying she missed her family a lot, and that she wanted to be closer to them. She got really sad, almost depressed, so we moved again, to be close to her family.

Now we’re close to her family, I started a new career again, she’s super happy, until last month when she got her first job here, and she said the boss is an idiot, that she can’t work there, and also said that maybe it was a mistake moving close to her family, because her mom is now too involved in our lives

Needless to say that started a huge fight that is far from over. She said that I hurt her more than I can imagine, and I told her that she needed to hear that, and that I’m tired of doing everything for her all the time, that now she needs to be on my side.

This person said this guy is not an a**hole and it sounds like his wife needs to go to therapy. 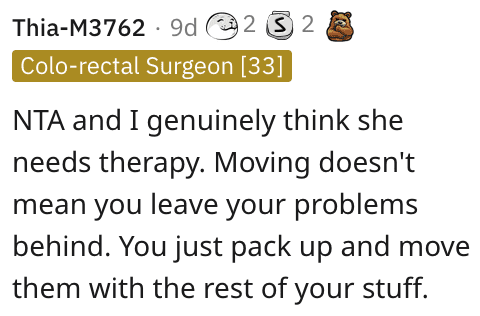 Another Reddit user disagreed and said that it is possible to be unhappy in one place and happy in another. 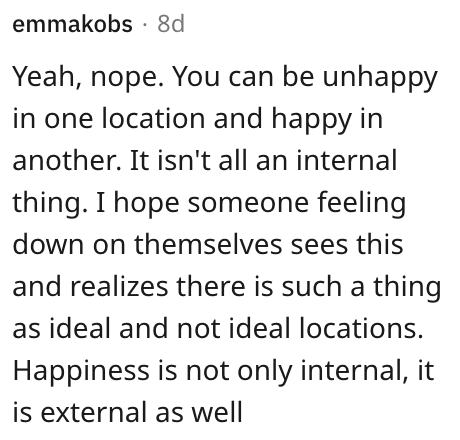 And this individual said that this behavior from the man’s wife is nothing new and there’s a pattern at work here. 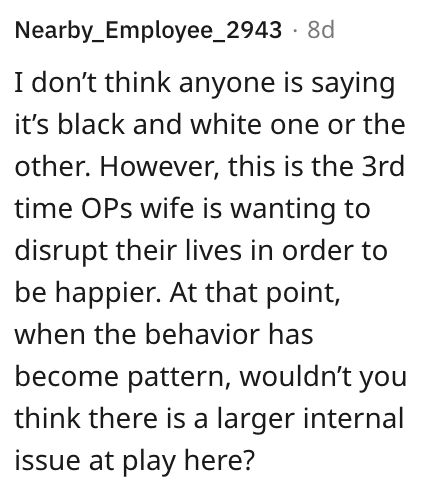 Finally, another person said that his guy is not an a**hole but they also argued that sometimes new surroundings can be helpful. 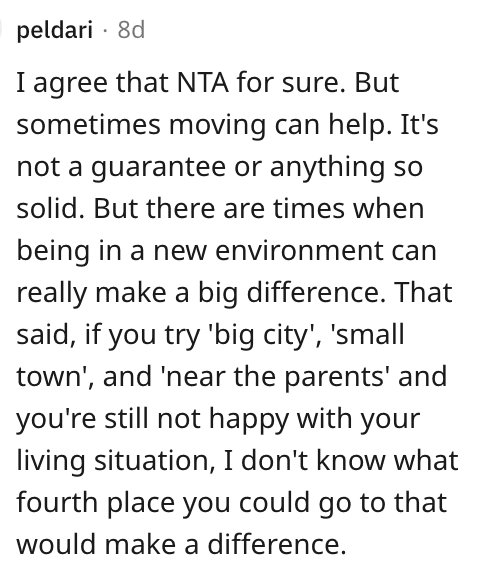