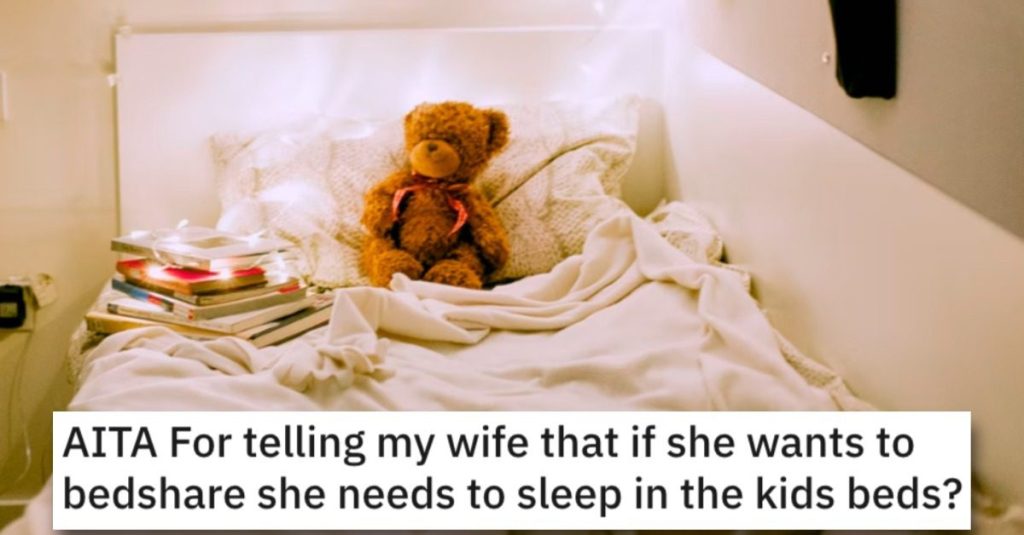 He Told His Wife She Needs to Sleep in Their Kids’ Beds. Did He Go Too Far?

I don’t have kids but this whole idea of sharing beds with your kids sounds insane to me.

I guess I understand it if they’re really young but this guy is having to deal with a 13-year-old and a 9-year-old in his bed…yikes.

Check out his story below and see if you think he’s out of line for what he said to his wife about this situation.

AITA For telling my wife that if she wants to bedshare she needs to sleep in the kids’ beds?

“My wife and I have been together for six years, she has a thirteen year old and a nine year old. When we first got together they were both still in her bed, they were both relatively small and I worked nights. It was never an issue. Last year I suffered a work injury and now have to sleep on a memory foam mattress.

I assumed by now both kids would of grown out of cosleeping, but obviously haven’t. I can’t comfortably sleep in a bed with two kids, especially because my stepson (nine) is a little ninja. He is constantly kicking during the night.

They will occasionally sleep in their own beds, but very rarely. My stepdaughter is a little better, but stepson will have meltdowns if we try and send him to his own bed.

My wife doesn’t believe we should force them out, which I understand, but I cant keep sleeping on the couch when they’re in the bed.

A couple days ago I blew up over it. My backs k**ling, I’m tired.

I essentially told her to take the kids and sleep in one of their beds, I need the comfortable mattress for my back. We never really got to discuss it because stepson got upset and started crying. That night she took the kids to her parents for the night, and back at home she explained that they wouldn’t all fit in one of the kids beds.

She agreed that I could have the big bed, but is ordering a memory foam mattress for our sons bed so I can sleep there comfortably. I dont want to sleep in a kids bed; I want my bed, and I’d like to actually spend a night with my wife.

Her parents are on her and the kids side, obviously, but I still dont think I should have to give my bed up for them, in the nicest way possible. I paid for it.

The issue is getting worse, and my in laws are now calling me abusive for trying to take their comforts.

One reader said he’s not an a**hole and that this situation sounds problematic. 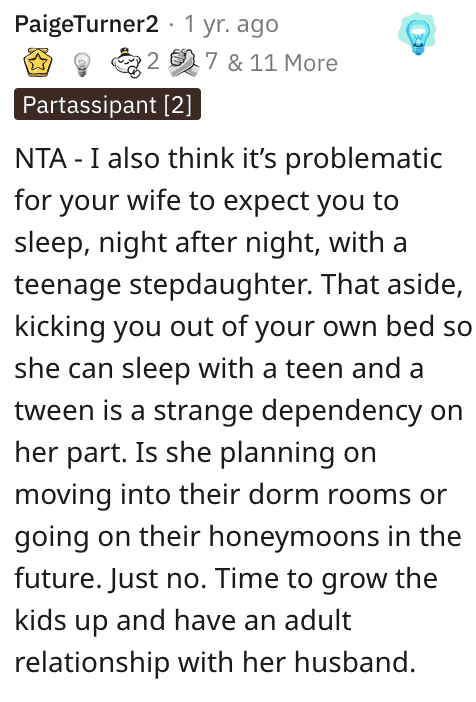 And this individual said this whole thing sounds insane. 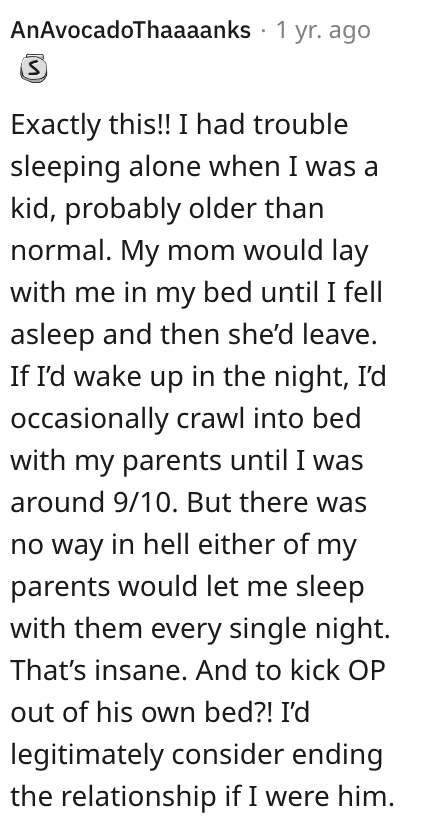 Another Reddit user said this would be a dealbreaker for them. 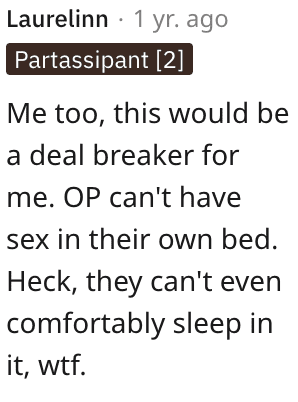