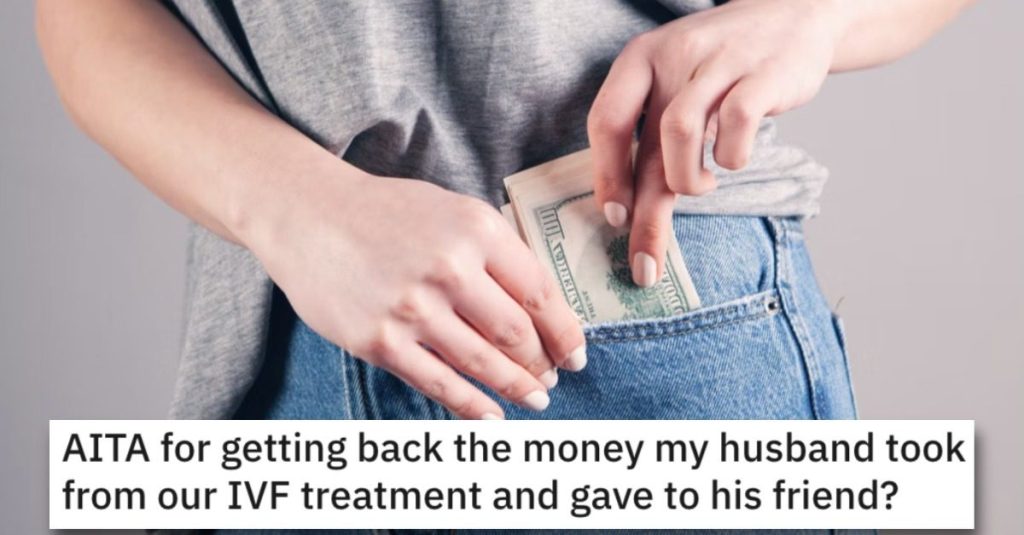 At least it seems that way from just reading the title of this article.

So let’s get all the details before we make our final judgment, shall we?

Take a look for yourself…

AITA for getting back the money my husband took from our IVF treatment and gave to his friend?

“To start off I want to say that my husband (36M) has an old friend (33M) that he’s known since highschool. they’re inseperable and spend the entire week together. like they’re really really close.

My husband and I struggled with fertility issues for years. we recently started new method (IVF) in hopes to get at least one child together. Note that I saved for the majority of treatment while my husband only paid 2-3 thousands. We saved up for another round after the huge disappointment and heartbreak from failing the first time (that’s just how it goes). This time I’d put all the money (including dad’s inhertance) and my husband didn’t pay a cent.

Last week I found out that he secretly pulled out 7k (we had 11k in total). I was completely and utterly shocked I confronted him and he casually reminded me of how many times his best friend complained about his “old junk” car and he decided to “lend” him 7k to buy a decent car, his argument was that his friend would’ve done the same for him. I was beyond livid I asked if he really thought that was okay and he said that I shouldn’t worry and guaranteed his friend will pay us back in time.

I lost it on him and immediately demanded his friend to send the money back and threatened police involvement in case he refused. His friend immediately returned the money but told my husband about the polic thing and my husband came home and yelled at me calling me unhinged and selfish. I told him I saved up some of this money/used my inheritance for this treatment while he contributed nothing even though we’re in this together.

He “corrected” me saying I’m the one with the problem and he thought it’s only fair that I “make up” for it by paying for the IVF myself. This hurt so badly and I couldn’t argue anymore. He went to stay with his friend while constantly shaming me for how I treated them both and for the police invovlement like they stole from me or something.”

One reader said she’s NTA and that her husband stole from her. 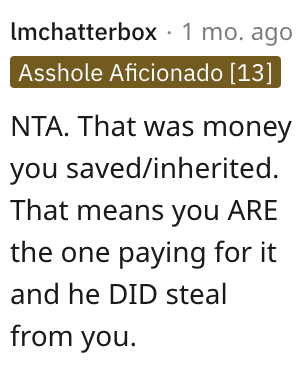 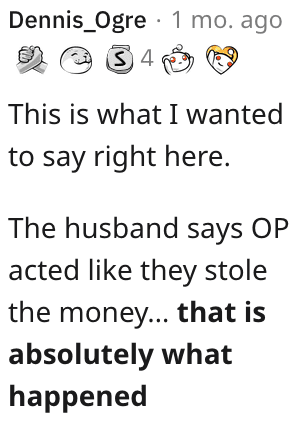 Another individual said she’s NTA but she should reconsider having kids with this guy. 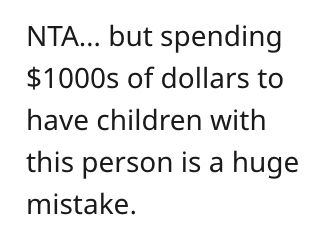