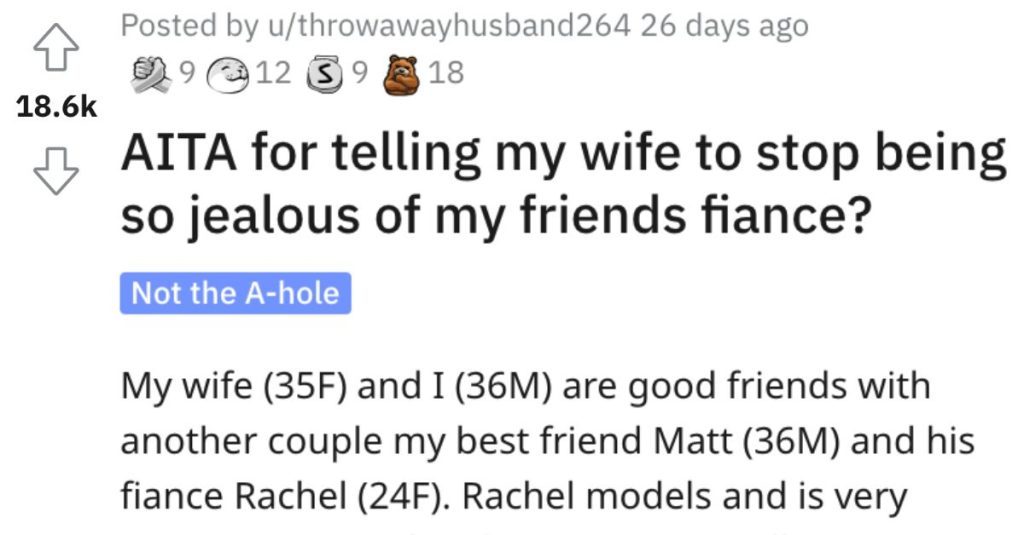 He Told His Wife to Stop Being Jealous of Another Woman. Was He Wrong?

The jealousy seems to be strong with this one.

Hey, some people have that in their nature and some don’t.

And sometimes people need to be called out for it…

See if you think this guy acted like an a**hole or he was justified when he called out his wife for being jealous.

AITA for telling my wife to stop being so jealous of my friends fiancée?

Rachel models and is very attractive. My wife is less conventionally attractive but I fell in love with her for her humour and good spirit which I personally find more attractive than good looks.

Recently I’ve noticed my wife making a lot of comments about Rachel calling her an airhead and just being kind of mean. When my wife makes these comments in private Im able to stand up for Rachel but when they’re made in public I obviously don’t want to embarrass my wife by calling her out.

My wife and I went on a trip away with Matt and Rachel last week which we had been planning for a while and really looking forward to. At dinner one night my wife made a really mean comment after we started talking about the economy.

She remarked don’t worry Rachel you can join in the conversation once the smart people are done. She was the only one who laughed. I was completely embarrassed and once we were alone I told my wife she had been really rude and I was ashamed of her. I told her she needs to stop making nasty comments and she agreed.

However the next night we all went out to a bar. Rachel was getting a lot of attention from guys there who were sending over drinks. My wife was looking visibly annoyed that she wasn’t receiving the same attention so I tried to lift her spirits by paying for all her drinks and making a fuss of her. One guy came over and said that Rachel looked just like the model zendaya. My wife let out a massive laugh and said did you mean to say Whoopi Goldberg.

I turned to my wife and straight up said you really are so jealous aren’t you. She looked hurt but didn’t have time to respond as Rachel had left the table in tears. I followed Matt and told Rachel directly that I was so sorry for my wife’s words and that I was ashamed of her behaviour.

When I reunited with my wife she told me I was horrible for calling her jealous in front of everyone and embarrassing her. I told her straight up that she was jealous of Rachel as Rachel is more attractive than her. I realise in hindsight this was a very heavy thing to say and can see why she would be hurt by it.

However I stand by the fact it was said in anger. AITA?”

One reader said that this guy did not act like an a**hole in this story. 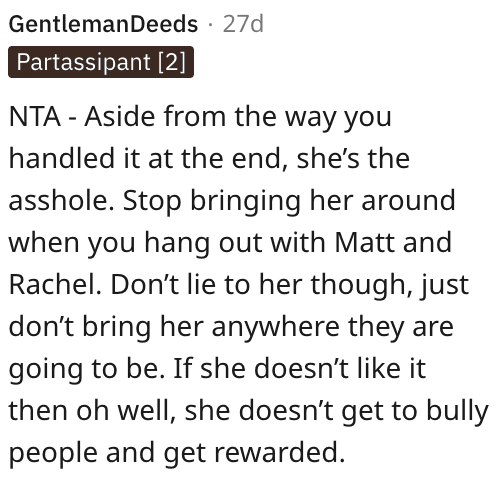 Another Reddit user made it simple: either the marriage or the friendship is done. 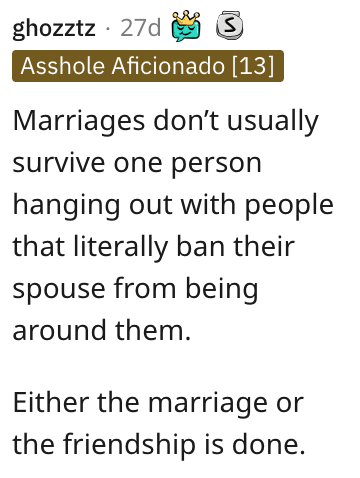 And this individual said that this guy had run out of all other options of how to deal with this. 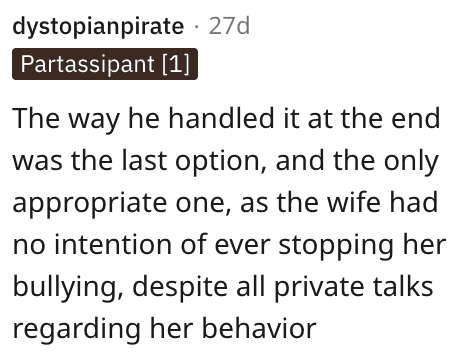 Finally, this reader said that this guy did nothing wrong. 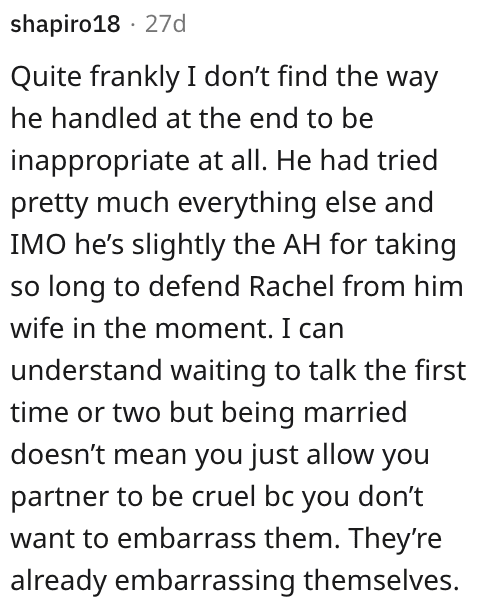