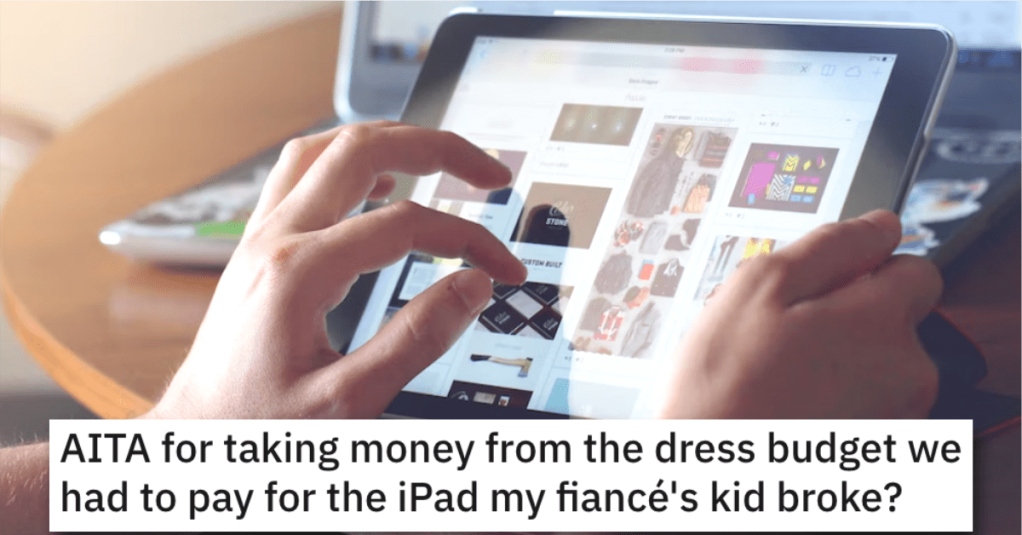 He Took Money From Their Budget to Replace an iPad That Her Kid Broke. Is He Wrong?

These two folks aren’t even married yet and it sounds like they’re having some problems.

But is this guy to blame for taking money from their budget to replace something that her kid broke?

Check out this story to get all the details and we hope we hear from you in the comments.

AITA for taking money from the dress budget we had to pay for the iPad my fiancé’s kid broke?

“My fiancé and I are getting married in three months, we both have a kid from a previous relationship, my daughter Spencer (15F) and her daughter Emma (8F), the kids get along just fine, not really close because of their ages, but they’re friendly and good.

My ex and I bought Spencer an iPad last year and she uses it most than she uses her laptop, she draws in it both as a hobby and for school, she has some kind of diary and several other things I don’t know because I’m not an apple person. She takes her iPad everywhere to the point my ex has bought her several cases and things to personalize it.

Emma likes it because ”it looks cute”, but both my fiancé and I have tell her that she’s not allowed to use it and that we will buy one for her soon (my fiancé said after the wedding, since we’re on a budget now, and I agreed because she’s the one calling the shots on Emma).

Well, Emma likes to sit by the stairs and watch videos on my or my fiancé’s phone, five days ago, she took Spencer’s iPad and sat there, she got scared when she heard my fiancé calling her and dropped it. It broke the screen completely and my daughter was so sad, I took it to see if it could be fixed, but the guy said that it’ll be cheaper to just buy another one.

My fiancé said that we could get it when we get Emma’s, but that wasn’t fair since my daughter shouldn’t have to wait that long for a mistake Emma made, then my fiancé said all of her money is currently going to her, her MOH, bridesmaid’s and mom dresses and I said I’ll take the money from there and buying Spence a new one, I guess she didn’t believe me because she laughed, and the next day I went to buy it and paid for the card we use for the wedding expenses (it has BOTH of our money in it).

Both my fiancé and I receive notifications when we use it and we I got home (I dropped my daughter at my ex’s) she came at me, calling me an AH and saying she’ll now have to get cheaper dresses. She’s calling me an AH because ”I stole from her” (I didn’t as I said, it has BOTH of our money and it’s a shared account) and says Spence could’ve wait a bit.”

One person said he’s NTA and that the little girl was told specifically not to touch the iPad. 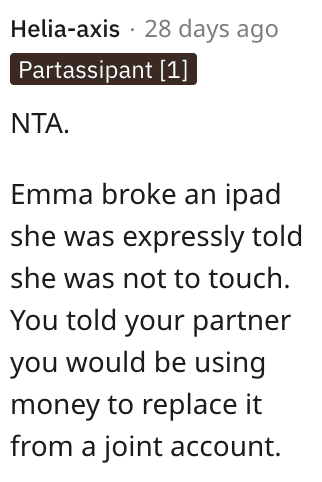 And this individual also said he’s NTA and that this should give him a glimpse into his future. 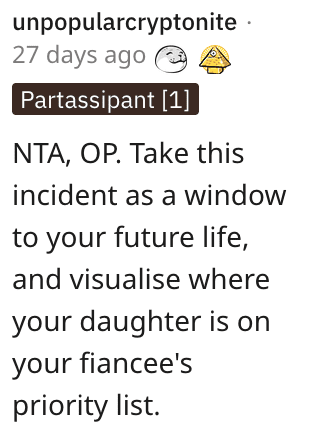