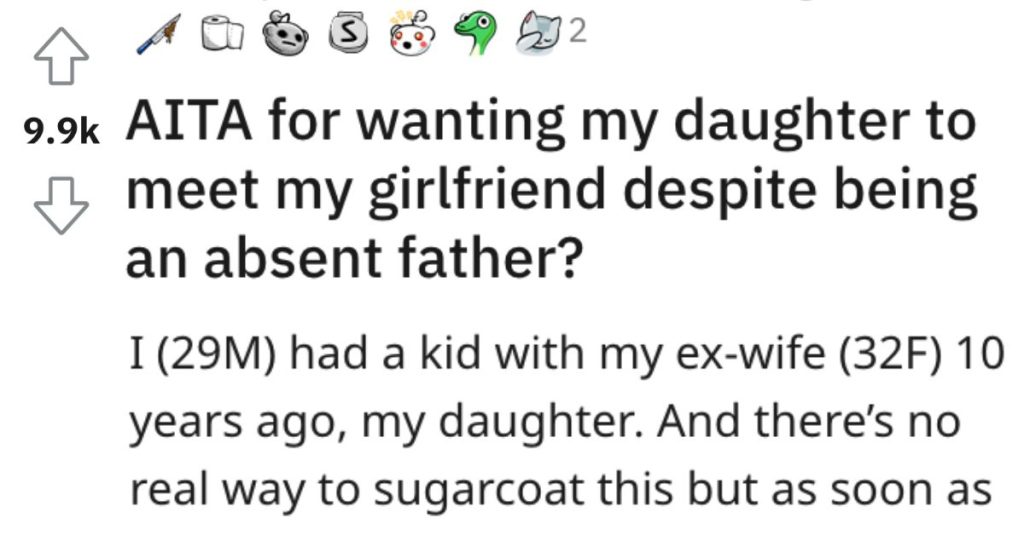 He Wants His Daughter to Meet His Girlfriend Even Though He’s Been an Absent Father. Is He a Jerk?

If you’ve been an absent father, you’re going to have to accept that your kids are not going to necessarily be thrilled with you all the time…

Or, at least that’s how I feel about it…

And in this story from Reddit’s “Am I the A**hole?” page, a man who admits to being an absent father wants to know if he’s a jerk for wanting his daughter to meet his girlfriend.

AITA for wanting my daughter to meet my girlfriend despite being an absent father?

“Hey all. Kind of hard to find unbiased opinions irl so I figured I’d turn here.

I (29M) had a kid with my ex-wife (32F) 10 years ago, my daughter. And there’s no real way to sugarcoat this but as soon as she was born, I left and I never ended up seeing her in the hospital as a baby.

Was never really present in her life at any point but ended up getting a divorce 11 months later with her getting full custody of course. I married young, was really stupid and thought I’d end up being a good dad despite no skills but got scared that I’d turn out like my dad and chickened out. Not really an excuse but an explanation I guess. I paid child support for the first 3 years but stopped afterwards.

I’ve been speaking with the girl’s mother about reconnecting with her, but she thinks it’s best that I stay out of their lives majorly. But I think making amends is always possible so I’m not sure, I just really want to make things right but I will respect their decision. I’ve seen her a few times but her mother has always introduced me as a friend. She says she will tell her when she is ready.

I’ve been dating a girl (28F) for about 10 months, and I really like her. I think I could definitely see a life for us and I know that sounds weird but she’s also said the same. I was also speaking to my daughter’s mother about meeting this girl, but she says absolutely not and that’s a bad idea. But if I want to reintroduce her into my life isn’t it fair that she gets to see my life too?

AITA for this? Her mother says it’s a very bad idea, so it’s making me think I am but I just genuinely cannot see why. Obviously I care for this girl and I will care for her life too, but a relationship has to be two-sided I don’t think it’s out of the question to show her my life too.”

One reader gave this guy some serious advice. 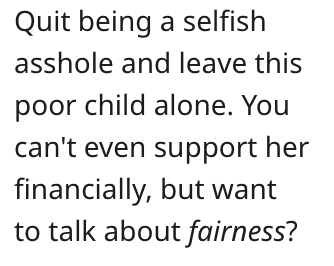 And another person said this guy is an a**hole. 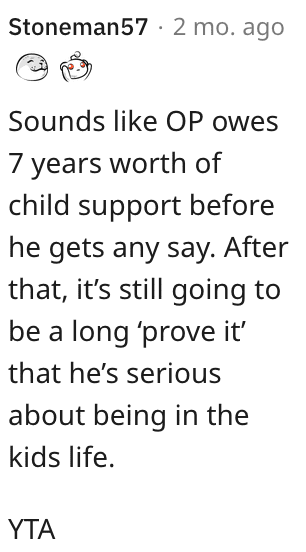 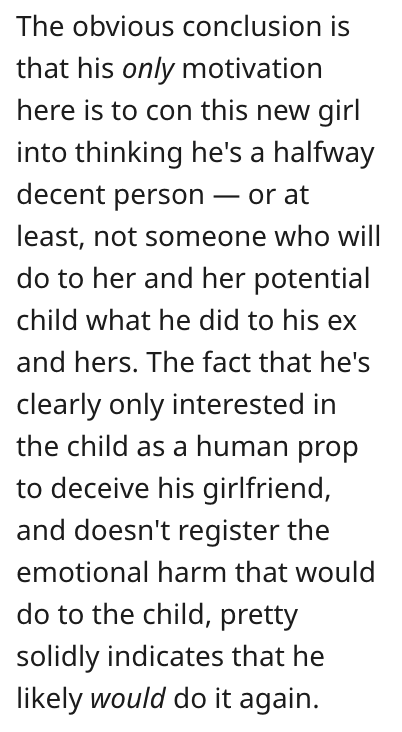