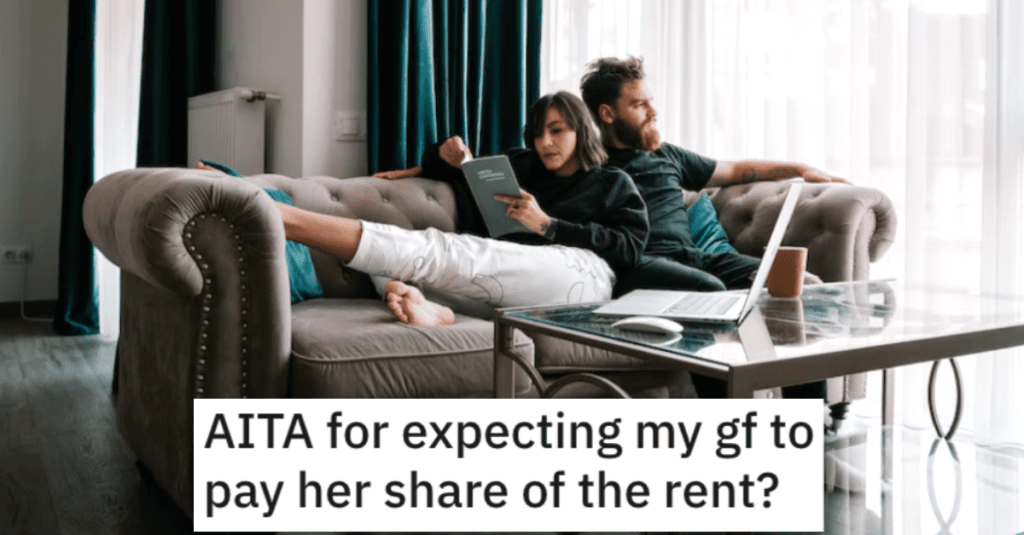 He Wants His Girlfriend to Pay Her Share of the Rent. Is He Wrong?

What is up with all these stories on Reddit’s “Am I the A**hole?” page that revolve around people not wanting to pay their fair share of rent with their partners?

You see it all the time!

And here’s another one for you…

Is this guy an a**hole for wanting his girlfriend to pay her share of the rent?

AITA for expecting my GF to pay her share of the rent?

“My gf and I have been dating for a year and we want to move in together.

We want a 2 bedroom 1 bath apartment or townhouse near my work. I’m a 2nd year pathology resident and my residency is 5 years long. She works from home and wants an office. She also makes 120k and I only make 68k. So our rent is $1800/month + utilities and she wants to go half on both rent and utilities so we would both pay roughly 1000 a month.

She thinks is because we are paying more to live near my work so I don’t have to pay for gas I should pay half for rent. I find she’s being selfish because she makes much more than mean, and once I complete my residency I can easily make $350k a year or more.

But according to her it’s not fair for her to wait 3 years to “potentially get paid back” because we could breakup and she would have “subsidized” me. To me if she isn’t willing to pay a bit more to put some skin in the game she’s being a gold digger and waiting for me to make bank without giving anything in the first place.

We argued about this a few times and I just want to know if I’m crazy in my thinking or she’s being selfish.”

This person said he’s an a**hole and they called HIM the gold digger. 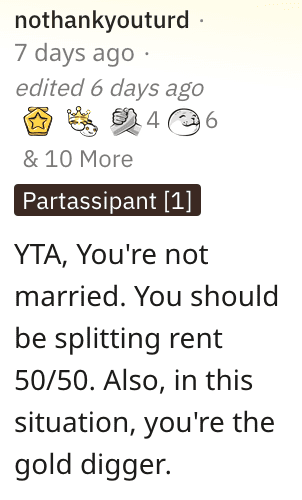 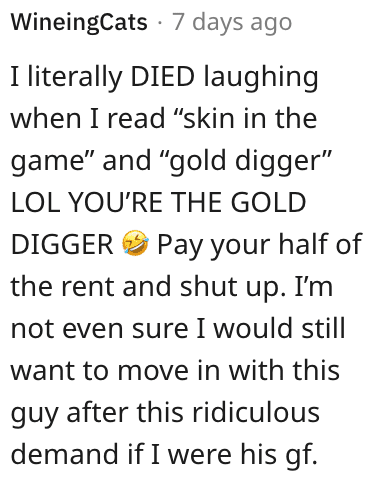 Another individual said he’s an a**hole and that he clearly doesn’t think much of his girlfriend. 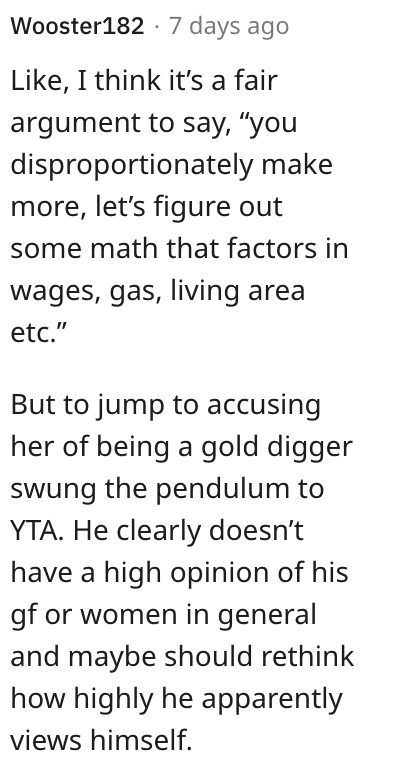