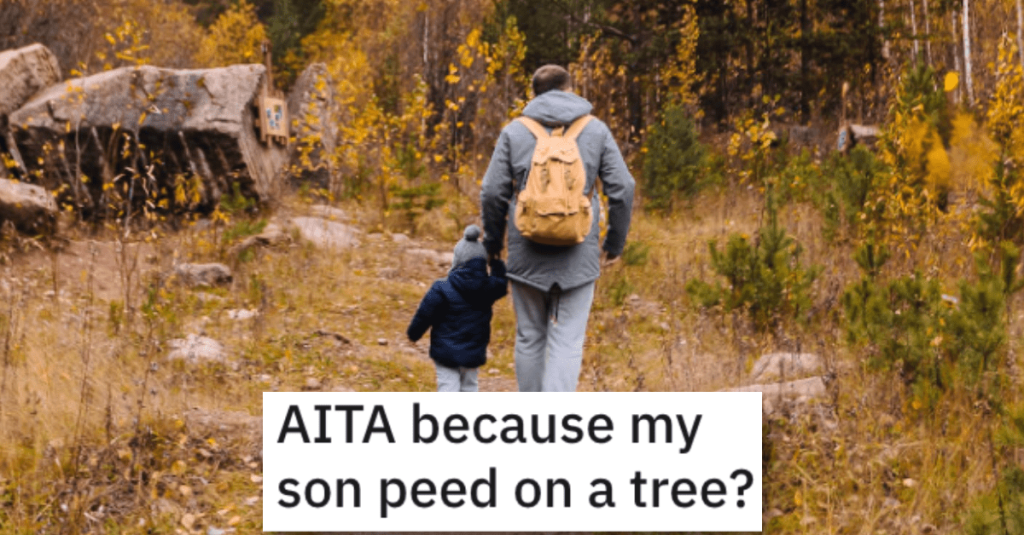 Is This Parent a Jerk for Letting Their Son Pee on a Tree? People Responded.

And when it comes to little kids and nature calling, you know that you have to let them do their thing or it’s gonna get ugly.

So is this parent a jerk for letting their son take a leak on a tree?

AITA because my son peed on a tree?

“Yesterday I took my kids “hiking” on a nature trail/dog walking path.

I was carrying the 2yo and my four year old son was walking. My 4yo son told me he had to pee, so I told him to pee into the woods. I didn’t tell him to actually walk into the woods out of view, because that’s dangerous.

He was peeing on a tree when a lady rounded a corner with her dog. She started yelling at me to “get my kid!” I told her he just needed to pee. She told me that was completely inappropriate. I pointed to her dog and made a “really” face. She said that’s different.

It is different, but not that much. There’s no bathrooms out here. Going off the trail is dangerous, especially with the two little kids. She was really mad, so I just took my son’s hand (he was done) and pulled him away, ignoring her.

She called me a horrible mother, which hurt my feelings. When nature calls… you know. Is this not normal? It’s normal to me. Am I an a**hole?”

Let’s see what Reddit users had to say about this.

This reader said this parent is NTA and they had an idea about why this woman might have been mad. 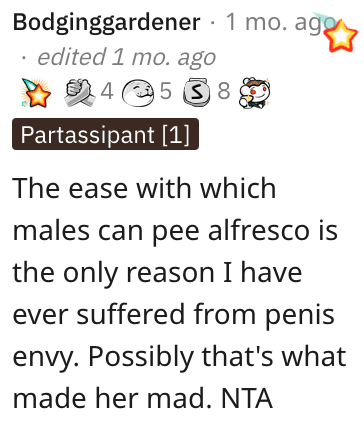 Another Reddit user also said they’re NTA and that this woman is an idiot. 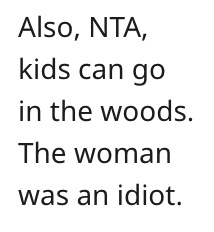 And another individual said they’re NTA and they don’t understand this woman’s reasoning.