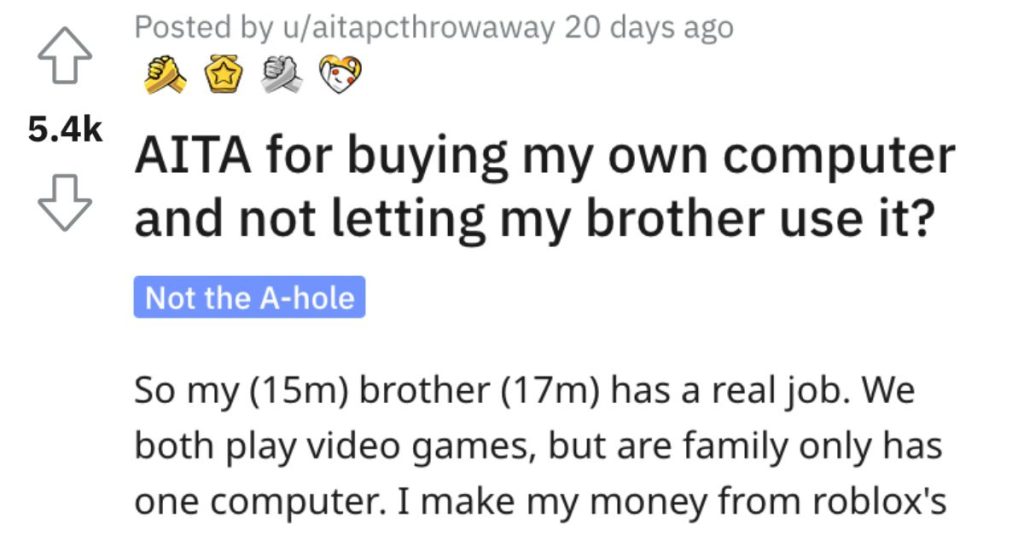 He Won’t Let His Brother Use the Computer He Bought. Is He a Jerk?

My computer, my rules!

That’s what this teenager is saying to his brother who wants to use the computer that HE bought.

Read on to see if you think this kid is acting like a jerk or if he’s justified in his actions.

AITA for buying my own computer and not letting my brother use it?

“So my (15m) brother (17m) has a real job. We both play video games, but are family only has one computer. I make my money from Roblox’s DevEx program and freelancing scripting on Roblox, while he goes out to work.

The thing is though, when he gets home from work, he just wants to play games and relax, and I can’t use the computer for hours, so I can’t do my scripting or play games. I would ask him to let me on just so I could exchange for money, but he doesn’t let me. So, I just saved my money and bought my own computer. The thing is, the computer my family has isn’t very nice.

I had enough money, so I bought myself a nice enough gaming PC so that I could not only play and work, but do it faster and more smoothly. When my brother found out, he was at first excited, since, and I quote, “Finally, I’ll have something nicer to play on when I get home!” I told him that I bought this for me, and only me. He will not be using it.

He got mad and told me that he goes out to work, and comes home exhausted from working a REAL job, while I just stay home and make video games for children. I told him that he can buy his own PC if it matters so much to him, and since he has a real job, he could do it much easier than I could. He isn’t talking to me, and I think this is ridiculous but I wan an outside opinion.

One person said he’s NTA and that it’s his computer, his rules. 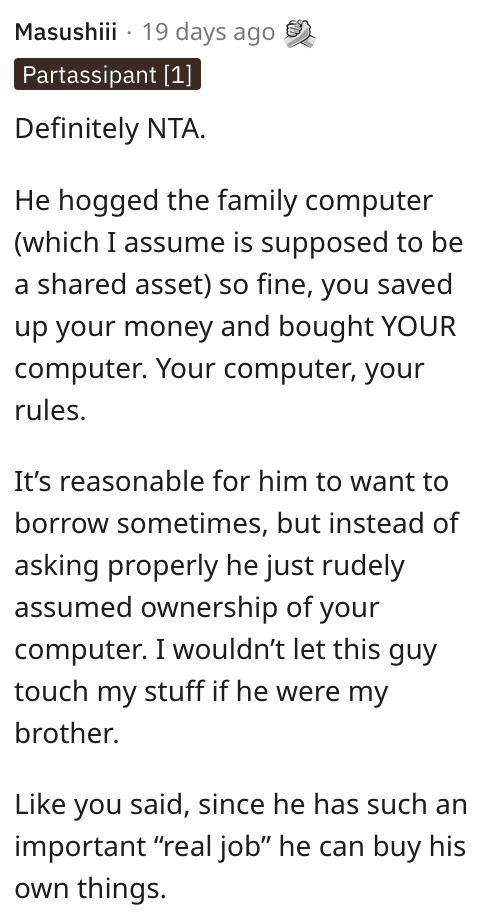 Another individual said he should be careful because his brother might end up stealing his computer.

And this Reddit user also said he’s NTA and that his brother’s job isn’t his fault. 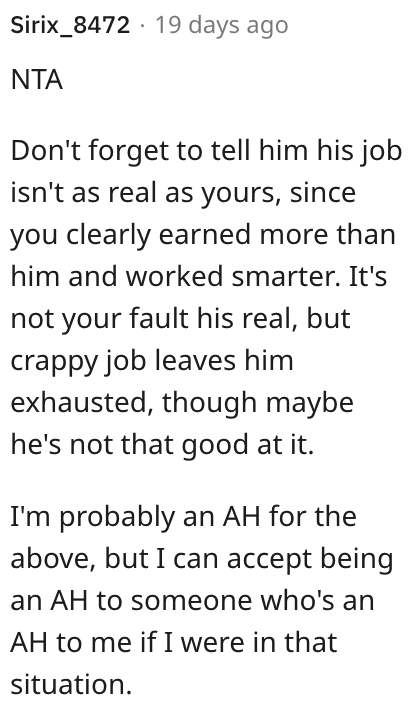