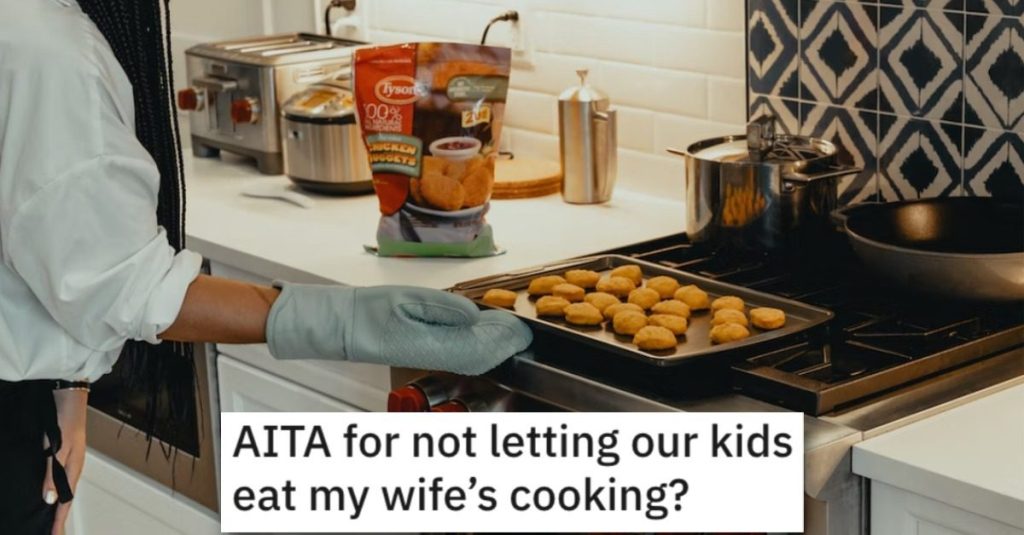 He Won’t Let His Kids Eat His Wife’s Cooking. Is He a Jerk?

This sounds like it’s gonna be a rough one, don’t you think?

Not letting your kids eat your wife’s cooking?

I’m sure this guy had his reasons, right…?

Well, I guess we’ll find out…

See what he had to say below and let us know what you think about this story in the comments!

AITA for not letting our kids eat my wife’s cooking?

I work as a manager at a care home and my wife owns a bakery with her mum. My wife cooks all the time because she is much better at cooking than I am, I cook sometimes. She is the one who takes care of the house, kids, and chores.

Yesterday when I came back from work dinner was ready so I plated it up for everyone while my wife was washing her hands (my kids like their food cut up) I was cutting their chickens into pieces and it looked a bit pink I told my wife to look at it and she said “it’s a little pink but it’s fine”.

I told her I’m not letting them eat this if it’s pink, she told me to stop being a baby and it won’t kill them. I kept telling her it’s pink in the middle they shouldn’t eat that they can get food poisoning and that’s it’s dangerous for them. She told me “if you don’t want them eating it then you can cook their dinner”.

I made them cheese and ham toasties, also made her one but she didn’t eat it. She told me she isn’t talking to me if I think her cooking is horrible. I don’t think it’s horrible I just didn’t want our kids eating that. I told her to stop thinking she was right.

One reader said this guy is an a**hole and that he took this too far.

But another Reddit user said he’s NTA and he was only being cautious.

And this individual said he’s an a**hole and he started an argument and wasted food. 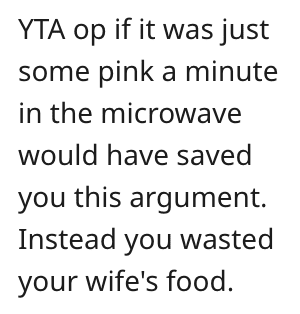