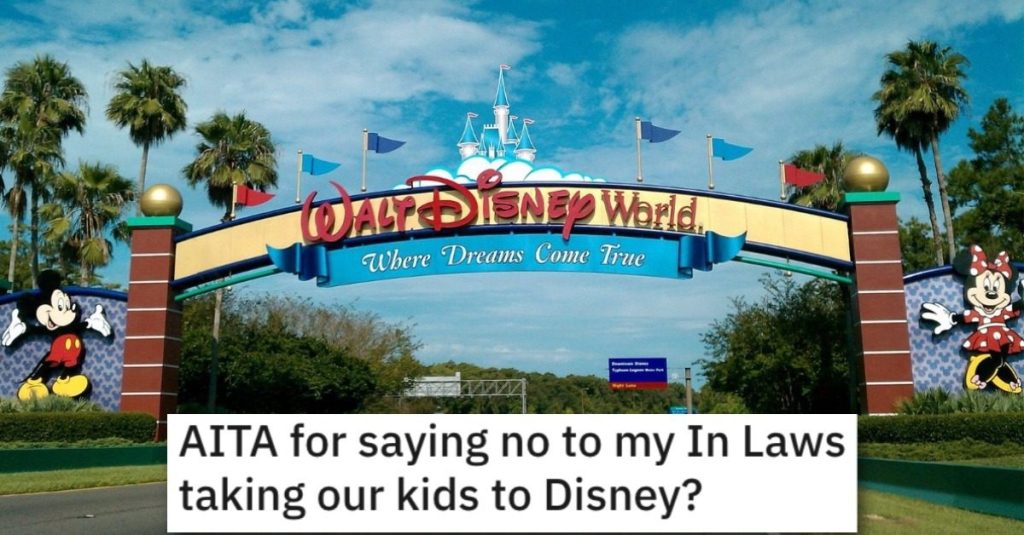 All kids want to go to Disney, right?

And if you stand in the way of that, are you a bad parent?

Or, are you maybe even an a**hole?

Hmmm, that’s a tough one…

Check out this guy’s story below and see if you think he was out of line for not letting his in-laws take his kids to Disney.

AITA for saying no to my in-laws taking our kids to Disney?

We’ve talked about taking them to Disney over the next few years as we know they’d love it. My wife has never been before, and I’ve only been once- when I was 10 years old. It was definitely a memorable trip for me as my family had to save up a while for it. We’ve always known that Disney would be our big trip with our girls.

In July, my FIL got diagnosed with prostate cancer. After a few rounds of chemo and some rather intense stays at the hospital, it’s only gotten worse. It’s spread across to other organs in his body, and rather than trying to suffer to fight it, he’s opted to just not do chemo and try to live with what time he has left.

As a result, him and my MIL have decided to make more memories with family. One of these memories is to take our daughters to Disney & surprised them with the trip yesterday during Christmas.

At first, I thought my wife would be against it as well- we’ve always said we’ve wanted to get to experience taking them and seeing their faces. However, I found out that my MIL cleared it with my wife last month. My wife didn’t tell me because she thought I would be surprised and excited for our daughters. I sat through all of the rest of the night, but when we got home we had a serious discussion about it.

I told my wife that I didn’t want our daughters first trip to Disney to be without us. She suggested we go along, but the trip is in February, and booking flights+hotel+tickets for just my wife and I for the time they’re all going is still going to be almost $5,000.

I told my wife that we have to talk to her parents & decline the trip, but my wife is saying that I’m being selfish and heartless by robbing our daughters of this experience & robbing them of a core memory with my FIL before he passes.

Am I being out of line here?”

One person said this guy is an a**hole and that these are special circumstances. 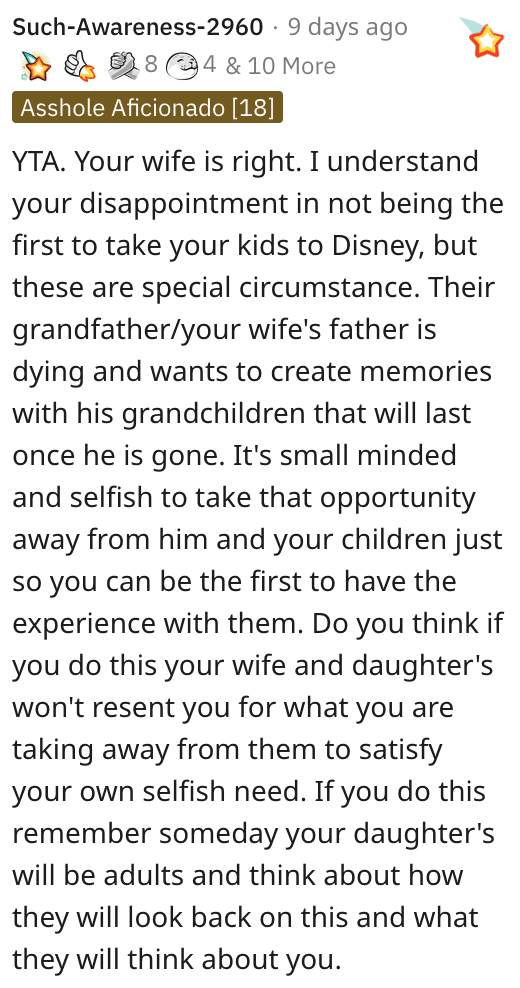 Another reader made some good points about why it would be a good idea for the kids to go now. 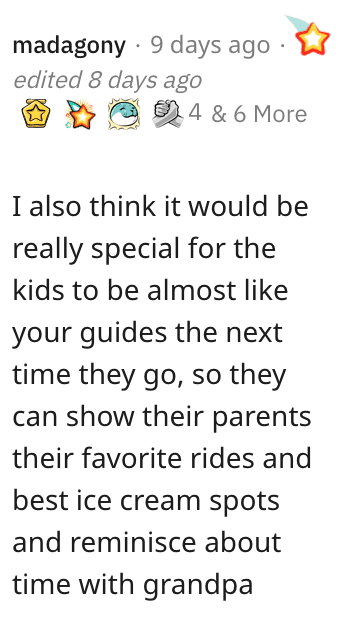 And this Reddit user said this guy is prioritizing his ego and he shouldn’t be.