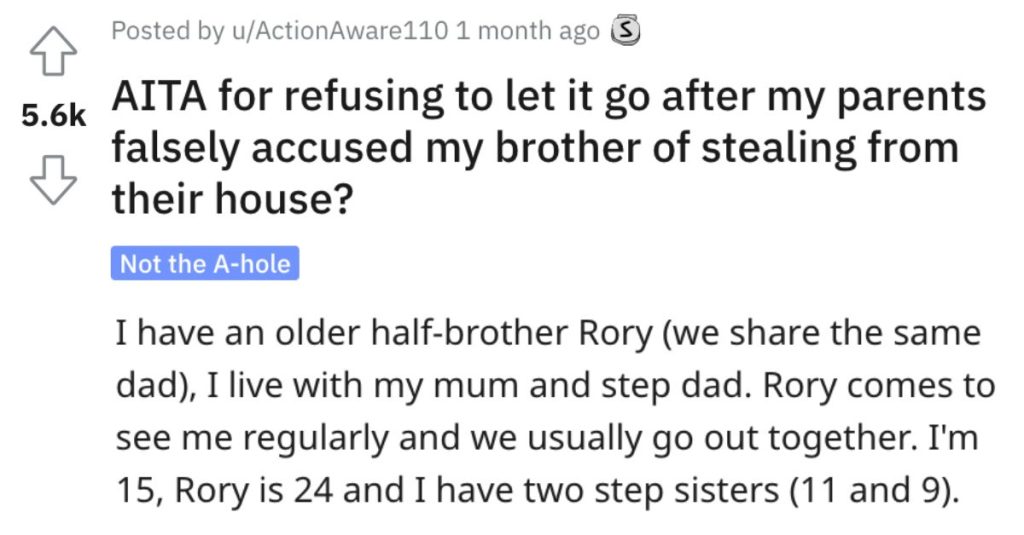 He Won’t Let His Parents Forget That They Falsely Accused His Brother of Stealing From Their House. Is He a Jerk?

That is the question…

And this guy wants to know if he’s wrong for not letting his parents forget what they accused his brother of.

Let’s see what went down and if this kid is taking things too far.

AITA for refusing to let it go after my parents falsely accused my brother of stealing from their house?

“I have an older half-brother Rory (we share the same dad), I live with my mum and step dad. Rory comes to see me regularly and we usually go out together. I’m 15, Rory is 24 and I have two step sisters (11 and 9).

A few months ago some valuable items were stolen from our house. Some jewellery, my step dad’s expensive watches and some cash. They immediately accused Rory of doing it and banned me from seeing him or talking to him. I defended Rory and I was grounded as a result.

The accusation was false because that day Rory picked me up outside and never came in but they didn’t believe me and accused me of lying to protect him. The police had no reason to believe it was my brother and they didn’t even consider him a suspect.

About two weeks ago the thief was found out as he did the same thing at a relative’s house and they had security cameras and eventually confessed to stealing from us as well. It obviously was not Rory. It was my step dad’s nephew who had somehow copied his key without him noticing and used it to break in when nobody was home.

I’m angry about all of this and I asked them to apologise to both me and Rory for their false accusations which my mum said she’s happy to do but my step dad said no and told me I just have to learn to move on. Later that day I reminded him to be extra careful about his keys when he visits his relatives to be sure nobody steals it and he wouldn’t end up accusing people I love for no reason.

This morning he was looking for his sunglasses and couldn’t find it and I suggested that maybe I should help him find it before he goes to accuse someone innocent of stealing it. He looked at me and told me to stop being rude.

My mum talked to me and told me that I should stop being an a**hole about it and apologise for not letting us move on from the unfortunate incident. I don’t see why I should not advise caution when my family will be the scapegoat if things go wrong.

AITA for expecting an apology and not moving on until I get it?”

Now let’s see what people on Reddit had to say.

This person said he’s NTA and that his parents can’t admit that they messed up. 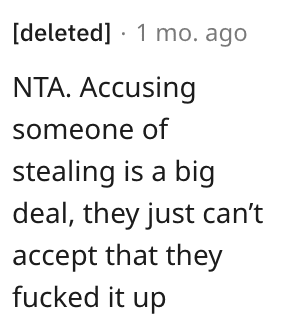 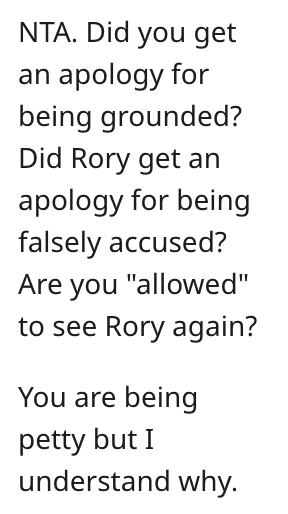 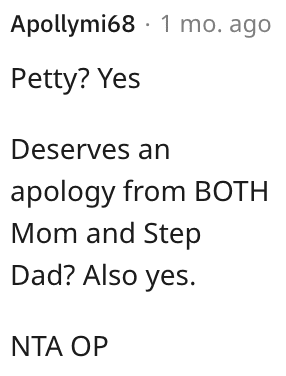