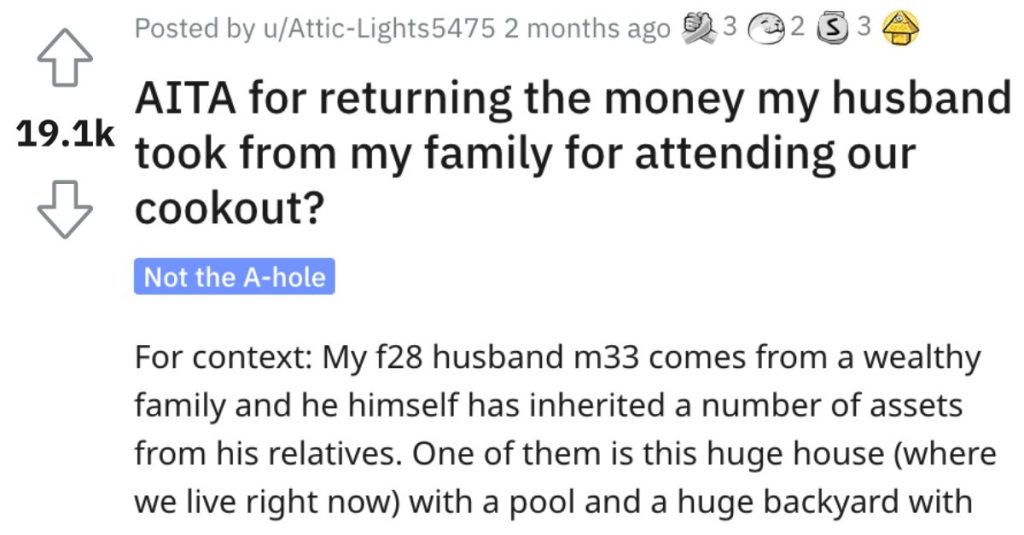 Her Husband Charged Her Family $25 a Head for a Cookout and She Returned the Money. Did She Go Too Far?

I think it’s a little bit weird to charge people to come to a cookout, don’t you?

But you know how people are…they’re weirdoes!

Check out this story from Reddit’s “Am I the A**hole?” page and let us know what you think in the comments.

AITA for returning the money my husband took from my family for attending our cookout?

“For context: My f28 husband m33 comes from a wealthy family and he himself has inherited a number of assets from his relatives. One of them is this huge house (where we live right now) with a pool and a huge backyard with lots of features.

We decided to host our first cookout after we got married (7 months ago) and we invited both his and my family. That was on friday, both families came and we had lots of fun then everyone went home later.

I then got a phone call from mom and she didn’t sound okay. She asked wether or not my husband took money from his family before they attended the cookout. I was confused I asked what she was talking about and she told me that my husband charged every single person from my side of family who attended the event $25 dollars.

I was utterly shocked and very angry and felt like this has legitimately damaged my relationship with most of my family because, almost all of them came over. not just that, but he got $275 dollars from them.

I was so livid I hung up the phone and confronted him immediately. He told me my family got to “enjoy” the space and view and said that I should think of it as a “resort” cookout since this house has lots of luxuries. I told him it was a horrible thing for him to do and that what made it worse is the fact the his family didn’t pay like mine had to.

He laughed then reminded me that his family gave him this house. I demanded he give the money back but he said no and that he won’t even give it to me since the house is technically his.

I went and took the money and gave everyone who paid their money back with a sincere apology from me. My husband found out and flipped out at me calling what I did an overstepping and disrespectful.

I told him he shouldn’t have taken money from my family for being guests at our house, but he corrected me saying it’s his house and said that he’d bet my family had never got to attend a cookout at a house like this and that it was just $25 dollars but I disrespected him and went behind his back and took money that wasn’t mine.

We stopped talking after this argument and he keeps venting to his mom about me taking “his” money that he earned his own way.”

One person said that this woman’s husband sounds like the world’s biggest a**hole. 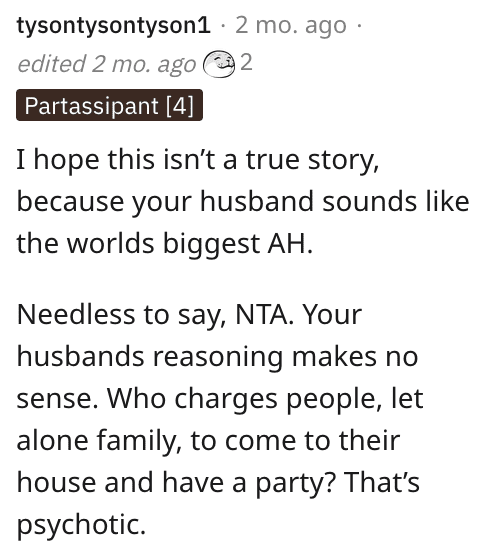 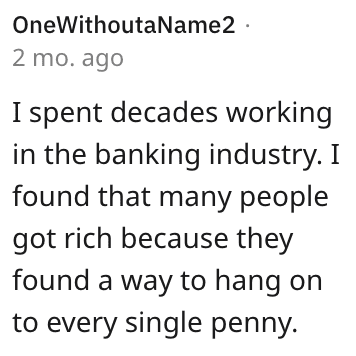 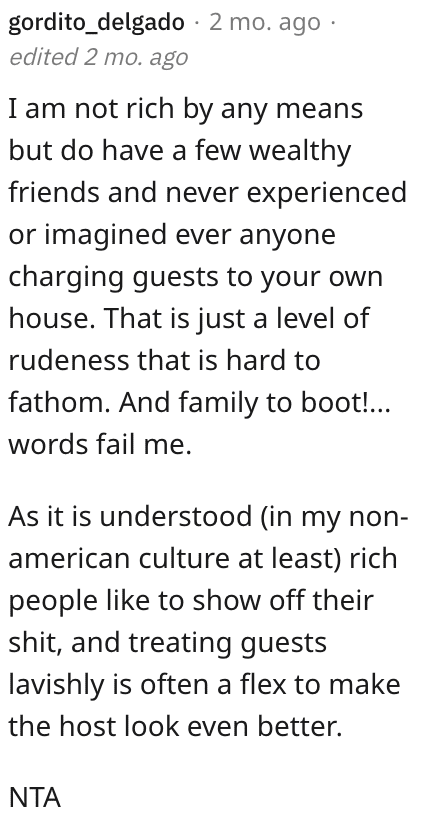