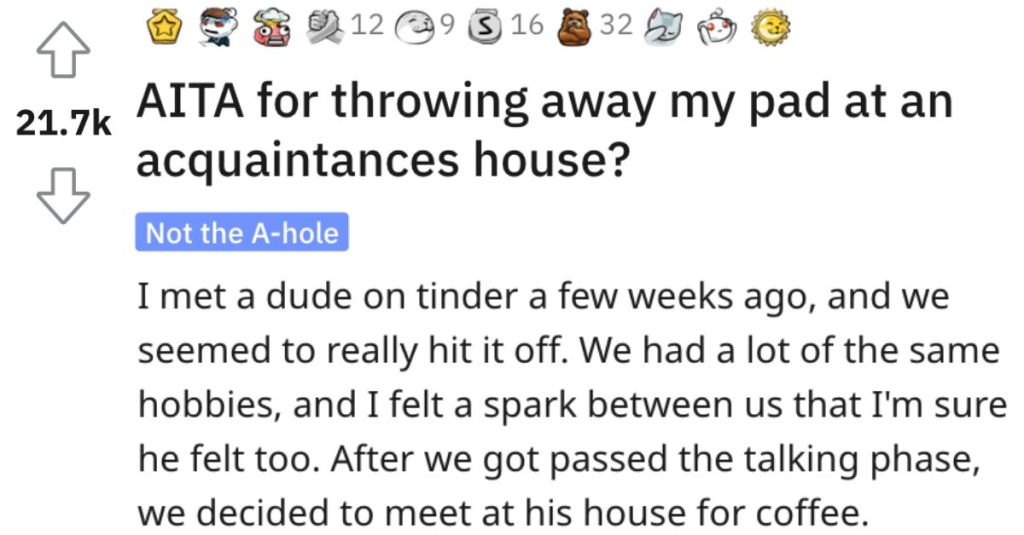 She Threw Away a Feminine Pad at a Guy’s House. Was She Wrong?

Can I ask an honest question…

Why is this a big deal?

But you know how people can be…

Check out this story and see if you think this woman was wrong for throwing away a pad at a guy’s house.

AITA for throwing away my pad at an acquaintances house?

“I met a dude on Tinder a few weeks ago, and we seemed to really hit it off. We had a lot of the same hobbies, and I felt a spark between us that I’m sure he felt too. After we got passed the talking phase, we decided to meet at his house for coffee.

It was great when I arrived. We talked loads, and even held hands! However, I was on the third day of my period, and after a couple hours I needed to change my pad. I ask for the bathroom, and he directs me to it.

After I finish changing, I notice his trashcan is pretty full. Not sure what to do I wrap it in toilet paper and sort of smooth it into the trash can so it isn’t sitting on the edge.

We hang out for about an hour more and be excuses himself to the bathroom. A few minutes pass by and he comes out, and says he needs to talk with me.

He says that I shouldn’t of thrown away my pad because he might touch it when taking out the trash, and that it was gross and unsanitary. Apparently he saw that the trash looked different, unwrapped the toilet paper, and saw my used pad.

I was mortified. I apologized profusely, and he seemed to take it well. He just told me not to do it again, and if I needed to, just walk a few blocks to a nearby grocery store to change. I left after that, not think too much of it.

However, I’ve recounted the events to a few friends, and they think he’s a major a**hole. I’m not entirely sure. He was really kind about it, and didn’t seem to get angry, but I’m also starting to see their point too.

It’s a normal body process for people with a uterus and I agree, should be more normalized. I’m just not sure what to think, and any judgement would be greatly appreciated.”

One reader said this woman is NTA and that this guy’s behavior is weird. 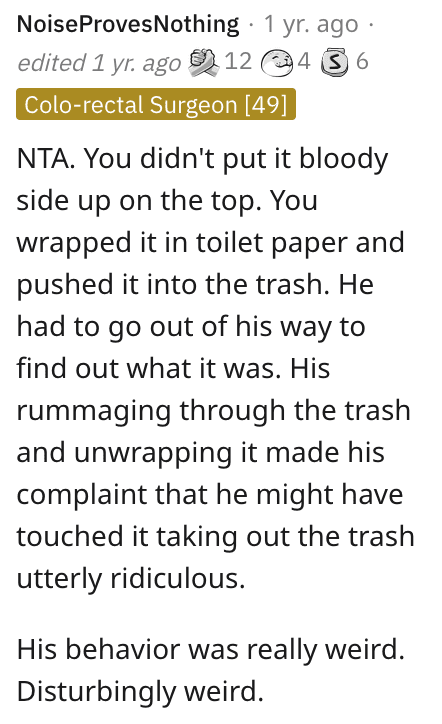 Another individual brought up a good question…what’s wrong with this guy? 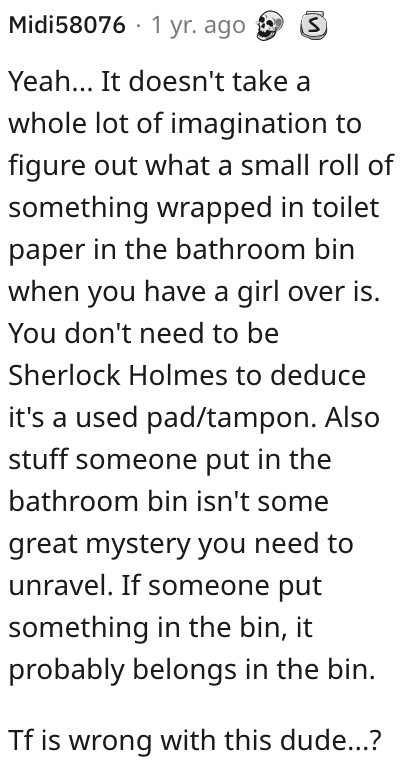 And this Reddit user said if you’re going to act like this, you probably shouldn’t have women over to your place. 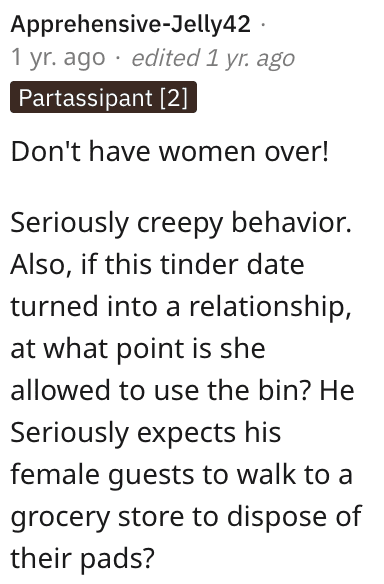