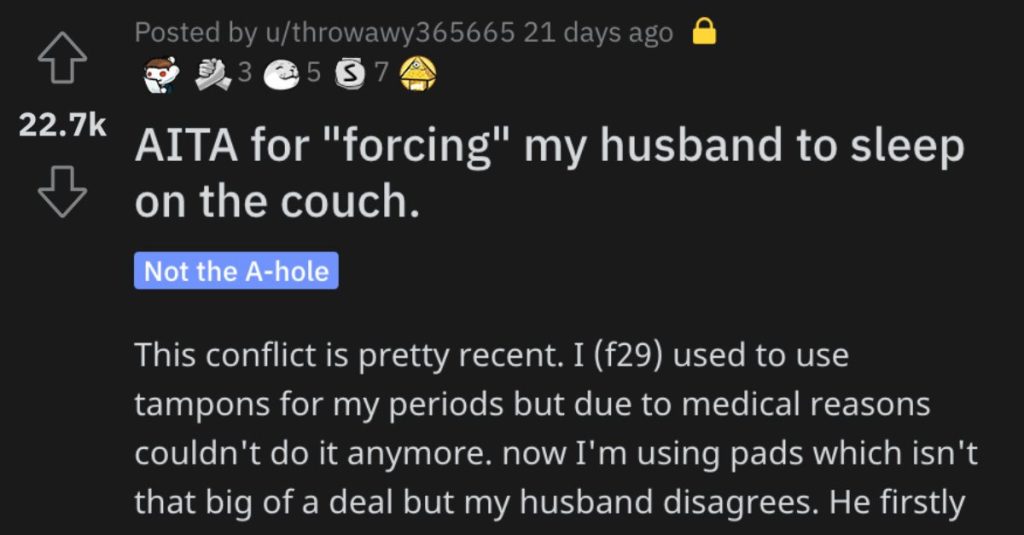 Her Husband Is Sleeping on the Couch Because of Her. Is She Wrong?

And you’ll soon find out what I mean when you dig in to this story from Reddit’s “Am I the A**hole?” page.

AITA for “forcing” my husband to sleep on the couch?

“This conflict is pretty recent.

I (f29) used to use tampons for my periods but due to medical reasons couldn’t do it anymore. now I’m using pads which isn’t that big of a deal but my husband disagrees.

He firstly complained about me not “consulting” him first but like I said it’s not a huge deal like BC. He then said he doesn’t feel comfortable with me sleeping in bed wearing pads. This threw me off hard because I wasn’t expecting him to have an issue on that regard, but he said it just doesn’t feel comfortable for him and he would like me to use tampons at nighttime or sleep somewhere else.

I laughed him off and kept sleeping on the bed while wearing my pads like there was no issue. This made him so uncomfortable he basically took the couch then started complaining about how I forced him on the couch by making him uncomfortable after he already offered me compromises.

But I told him he was being a drama queen because his compromises are illogical, I wouldn’t stop using pads and free bleed on the bed nor risk my health and use tampons when the doctor advised against them.

He’s still upset with me even though I’m no longer on my period saying I owe him for making him uncomfortable and brushing off his complaints.

And this person brought up a good point: what’s the difference? 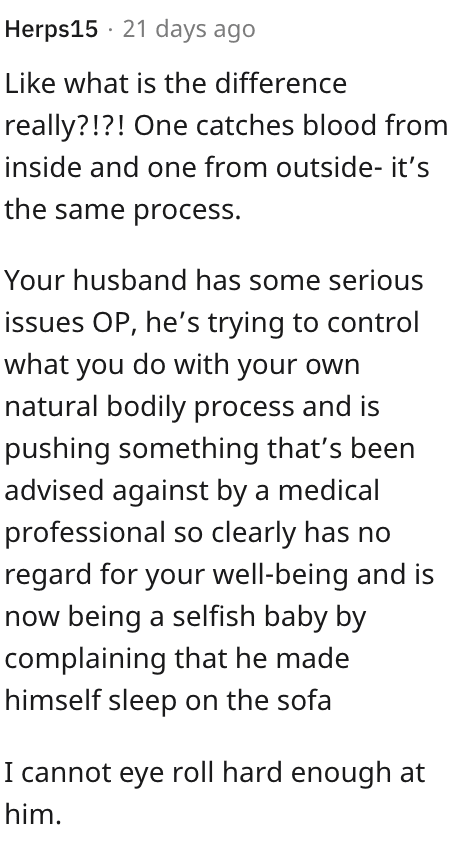 Another individual said this woman is NTA and that her husband needs to grow up. 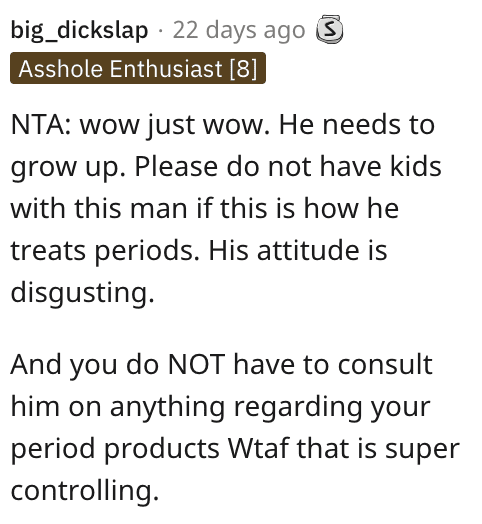