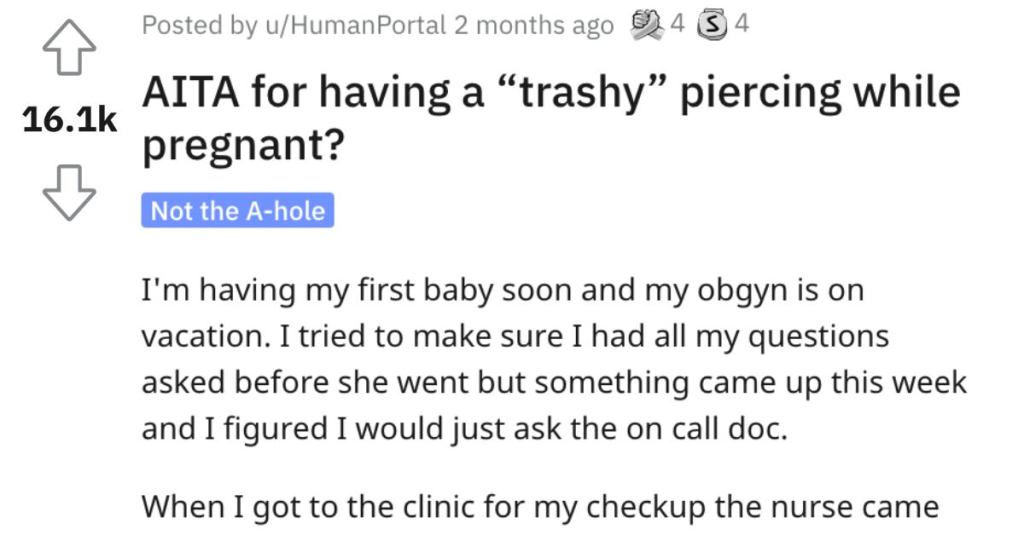 Do you have a NSFW piercing?

If you do, you might be able to relate to this story from Reddit’s “Am I the A**hole?” page.

Take a look at what happened here and see if you think this woman is wrong for having this piercing while she’s pregnant.

AITA for having a “trashy” piercing while pregnant?

“I’m having my first baby soon and my obgyn is on vacation. I tried to make sure I had all my questions asked before she went but something came up this week and I figured I would just ask the on call doc.

When I got to the clinic for my checkup the nurse came in and after the usual I asked if I could talk to the on call doctor. She said they were running behind and might not be able to see me today so she asked me what the problem was and said she could help or determine if I really needed to talk to the doc.

Also worth noting maybe I don’t remember ever talking with this nurse previous.

I asked her what I should do about my CHP (which is an NSFW area piercing I’ve had for 6+ years.) she looked at me blankly so I elaborated. She then kind of rolled her eyes and told me that she wasn’t getting the on call doc to ask about that and I would need to figure out what to do with my body jewelry on my own.

I told her I would really like to get the docs take on it so I was going to need her to ask or let me talk to the doctor. She went on the computer for a minute and typed a bit and then said that I need to just take it out and that’s what the clinic protocol said.

I asked her if I could put a retainer in to keep it safe to replace it after birth and she told me I should take the opportunity to “let go of trashy piercings and leave it since I was becoming a mom.” I was SHOCKED.

When I told my friends about it most of them were shocked too, but another friend who is studying to be a nurse said it was rude of me to make her uncomfortable and would be wrong of me to report her or anything because it’s not her job to have to listen to unsolicited information about “kinky stuff” and I was violating her consent in that conversation which is something that happens too often to medical workers.

With that context I started wondering if I was the a**hole, should I have called my piercer instead was I out of line asking her such a personal question and pressing for an answer when she clearly didn’t approve?”

Now check out what folks on Reddit said about this.

This reader said this woman was NTA and her question was reasonable. 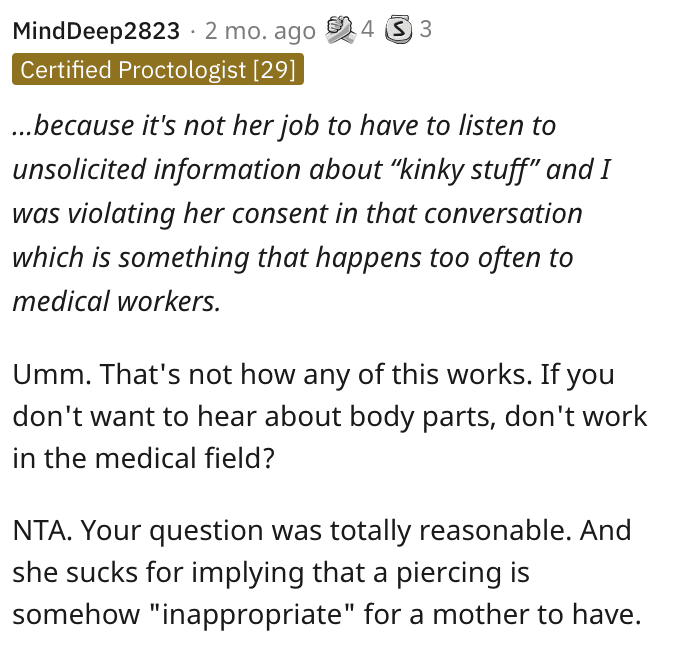 And another individual threw some sarcasm at the whole story. 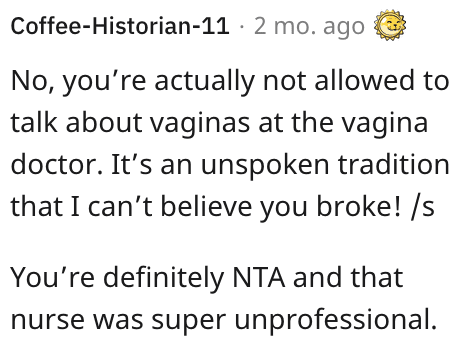 While this Reddit user who is a nurse had some good insight on what happened. 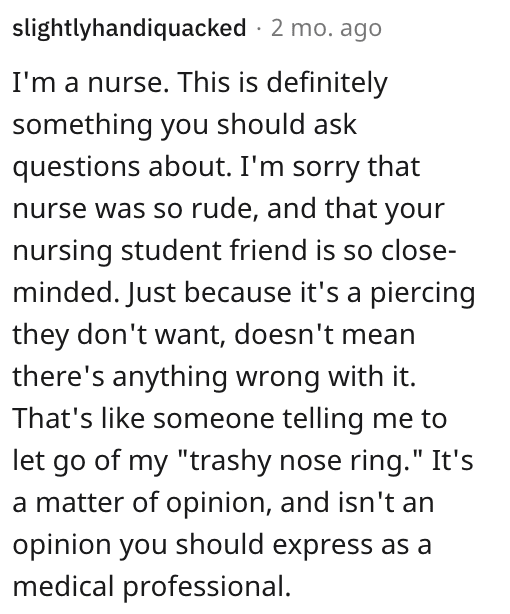