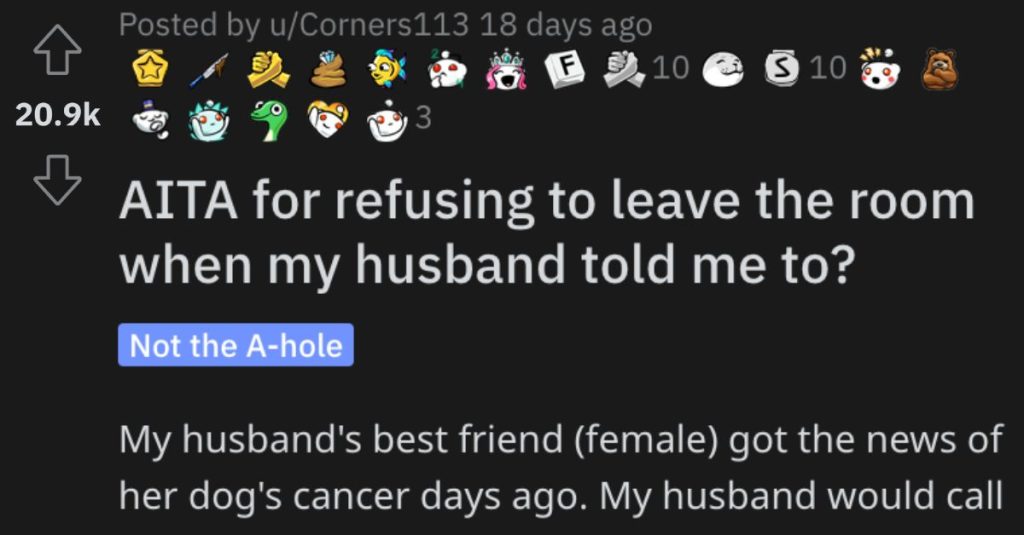 Her Husband Told Her to Leave the Room and She Refused. Was She Wrong?

Hmmm, just off the top of my head, I’m gonna say that this marriage doesn’t sound exactly ideal…

But don’t take it from me!

Read the story below that a woman shared on Reddit’s “Am I the A**hole?” page and let us know if you think this woman was out of line.

AITA for refusing to leave the room when my husband told me to?

“My husband’s best friend (female) got the news of her dog’s cancer days ago. My husband would call her everyday until yesterday when she visited.

I opened the door for her, greeted her then led her to the living room and went into the kitchen to get a class of water after my husband asked me.

I came back and didn’t find them in the living room. Turns out they went into the guests room and the door was shut. I heard weeping/sobbing sounds coming from the inside. I knocked then got in and found them embracing each other crying. I stood by the door but my husband paused and told me to give them a moment. I gotta say that I did not feel comfortable with his request so I remained standing.

He got up and started repeatedly telling me to get out. I told him it’s my house and he can’t tell me where I can and cannot stay. He got angry and told me to get out and we’ll talk later but I refused. He asked what was wrong with me for not seeing how tense the situation was and for not giving them privacy. I told him that they did NOT need to shut the door for any reason no matter what it was. We argued and she ended up leaving.

He blew up at me afterwards calling me unbelievable and saying I had no respect for him and his friend who’s going through a hard time and refusing to give them privacy. I told him how weird it was for them to shut the door just because they were crying. He told me that I was petty and overbearing to act like this infront of her and stopping him from showing proper support.

Now he’s completely gone radio silent and is acting like I kicked her out or treated her poorly.

2: She’s been his best friend/sister like for over 8+ years.

3: She tends to be very emotional and highly sensitive.

4: We don’t get along because she tends to be a boundary stomper and does/says things that make me feel like I don’t know my husband as much as she does. She also compares us as well.

5: Initially, I did not want her to come to the house but my husband called her and told her to come since he didn’t see her after the news was received til yesterday.”

This person said it doesn’t seem like this woman’s husband is making her a priority in his life. 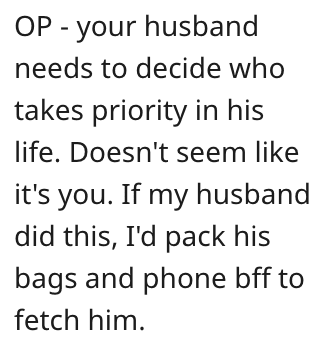 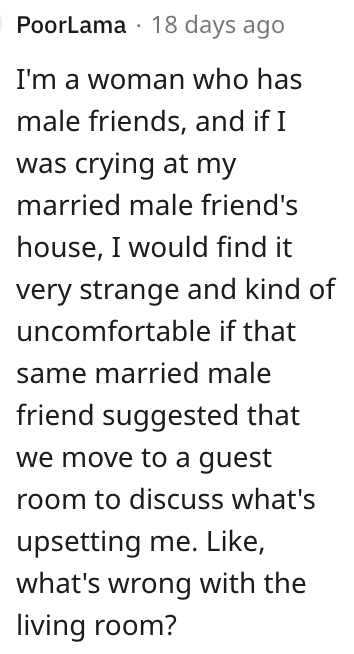 And this individual said she’s NTA and that her husband’s reaction seemed crazy to them. 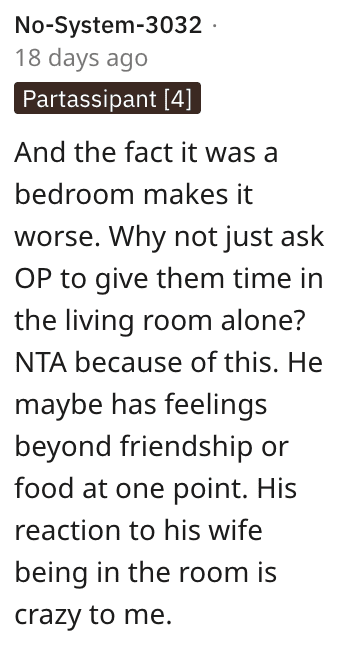