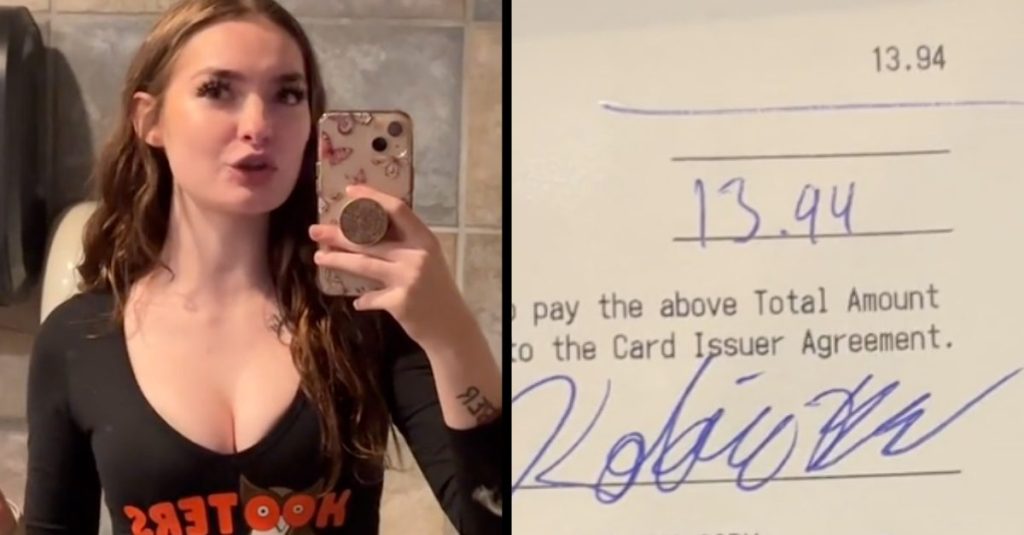 You can probably imagine some of the BS that waitresses at the famous restaurant chain have to put up with on a daily basis, but now you can add another annoying thing to that long list: teenage customers who act like total jerks when they aren’t served booze.

A Hooters waitress made a viral TikTok video and said that a group of teenage boys didn’t leave her a tip and left a crude drawing on their bill after she refused to serve the underage kids al**hol.

When she went to retrieve the bill, the waitress noticed that the bill had a middle finger drawn on it, leaving no doubt that these kids pretty unhappy about being denied.

Check out her video where she talks about what happened.

The video went viral and TikTok users shared their thoughts about what happened.

One person said,“Guys turn 16 and get a single hair on [their] chin and think they can pass for 21.”

Another view added, “The restaurant that I worked at would kick people out and not give this a chance to happen”, referring to underage kids even asking to be served beer.

But another individual had a different take on the situation. They said, “Stop accepting tiered adulthood as the norm…literally 99% of all the other countries allow al**hol at 18.”

Also, we want to hear your horror stories from working in the service industry.