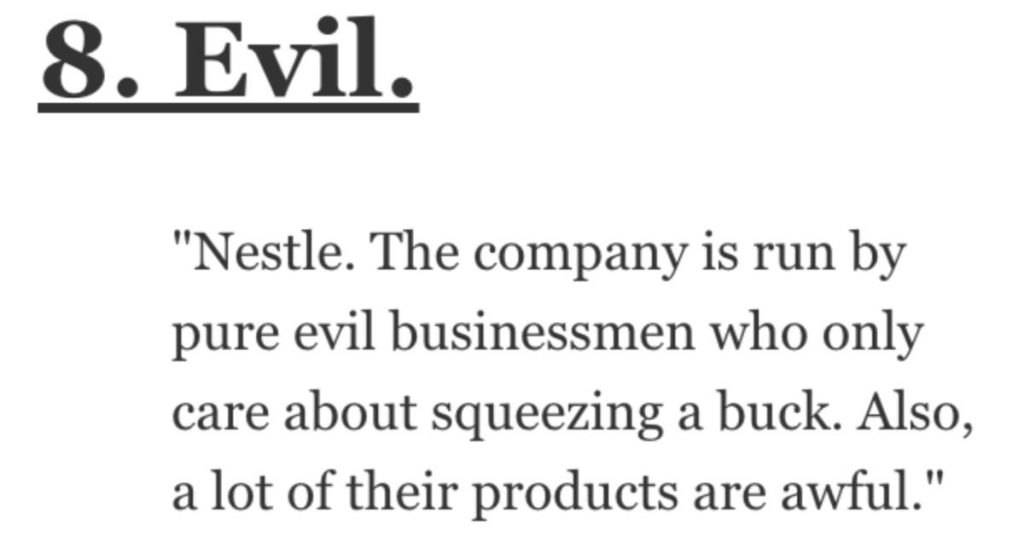 If You Could Bankrupt a Company, Which One Would You Pick? Here’s What People Said.

Well, this is going to be an interesting conversation!

Because you and I both know that people have incredibly strong feelings about certain companies that they have issues with.

So let’s hear from AskReddit users about the companies they’d bankrupt if they had the chance.

It’s the bank that drug lords and money launderers use because they really don’t care or even try to and make sure stuff is legit.”

Nobody has manufactured more poor people than the monopoly on groceries and stores in rural communities thst is Walmart.”

“Citadel and all of their affiliates.

Financial terrorists that manipulate the market, intentionally bankrupt companies and profit off shorting them into oblivion because once the company gets delisted they don’t have to pay taxes on the gains.”

“Bank of America. I despise them. Banked with them for my whole life up until I was 25ish.

Their ‘standard’ banking practice of having a monthly fee for an account that didn’t have enough money in it, followed with overdraft fees on top of those fees, took me into double and triple negative digits multiple times. Switched banks to one that doesn’t have any monthly fees. Turns out, ‘standard practice’ is not universal

If anyone reading this has a bank that charges you for not having enough money, switch banks. You deserve better.”

My sons ordered from this weed company website that apparently ships to all 50 states claiming it’s legal.

They need better age verification because my son went to school and got arrested with the stuff.”

Between their local monopolies and their general scumminess combined with their expansion into media, they are a loathsome company that the world would be better without.”

They’re going to declare fake bankruptcy so they can avoid the lawsuits, then when they expire, they will reinstate the business.

Family has been waiting 10+ years for compensation, attorneys have yet to give a status report (but the contract prohibits changing attorneys). They’re all in it together. Human life means nothing to them in terms of casualties.”

The company is run by pure evil businessmen who only care about squeezing a buck.

Also, a lot of their products are awful.”

With how greedy they’re currently being, I’d like to give them a taste of their own medicine.”

Mostly because the Koch brothers and their ilk have way too much power and helped facilitate the current wave of climate denial.”

I just wanna see how much cleaner our air and crops are when they vanish.”

Ruined millions of lives in the Middle East all in the name of blatant war profiteering.

If we can’t see Darth Cheney live his final years in the prison cell he deserves, I’ll settle for destitute on the streets.”

Which company would you choose to bankrupt?