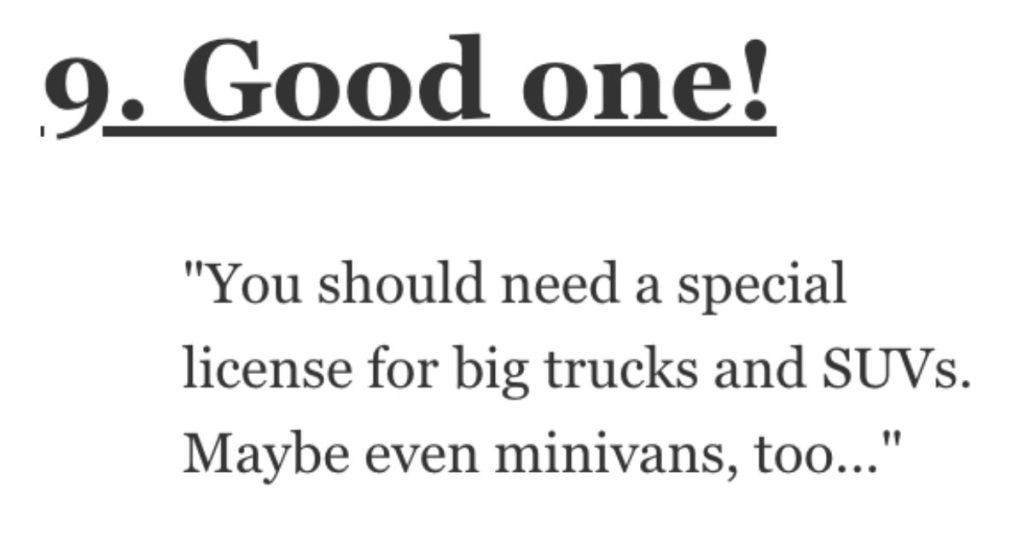 If You Could Make Something Illegal, What Would It Be? People Shared Their Ideas.

Well, honestly I’d like to make a lot of things illegal, but one of the big ones is people listening to loud music on their phones in public…without headphones for all the world to hear.

And, while we’re at it, talking to people on speakerphone will also now be illegal, according to me.

Let’s see what AskReddit users would like to make illegal.

“Politicians getting any pension , insurance , security , or anything after getting convicted of anything connected with their office.”

Relevant to the US, because we’re one of only two countries where it’s a thing.”

“It should not be legal to call yourself “news” unless you report information that has been checked out, and verified.

No more propaganda masquerading as “news”, since this creates cults.”

No one will ever convince me that lobbying isn’t anything other than bribery.

That s**t should be a federal crime.”

Like…why not just financially assist the parents who are only struggling financially?”

“Family vlogging and creating entire “fandoms” for small children so their parents can profit off of them.

Most of their fans are not innocent and those kids have no labor laws to protect them.”

“Paparazzi following celebrities going grocery shopping or also just shopping in general is just insane to me like just let them shop alone.”

You used to be able to pump your gas and mindfully look around and observe the sights and sounds, but is now replaced by a screaming robot trying to sell you s**t.

“You should need a special license for big trucks and SUVs.

Maybe even minivans, too…”

“Vending machines that spit dollars back

Any device without user serviceable batteries

Proprietary cables and connectors when there is a good or better universal option available.”

The only way that people would be able to learn about the people that they are going to elect is by actually researching them and watching political debates, not by watching lies/half-truths about the other candidates.”

“Having children when you can’t handle it monetarily or mentally.

I don’t understand why bringing human beings into this world is treated so lightly.

Thank you so much!