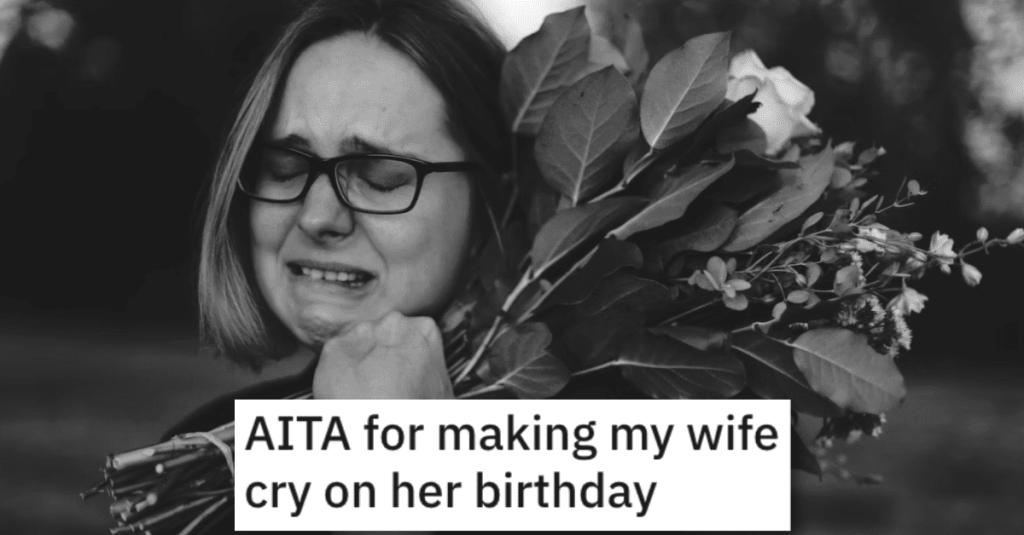 Is He a Jerk for Making His Wife Cry on Her Birthday? People Responded.

FYI, if you make your wife or your girlfriend cry on THEIR birthday, you’re gonna be in trouble.

And you’re never gonna hear the end of it, either…

And a man took to Reddit’s “Am I the A**hole?” page to ask if he acted like a jerk for making his wife cry on her special day.

AITA for making my wife cry on her birthday?

“Last night I was playing with a band at our local bar.

My wife came in and immediately latched on to a band members wife in the corner of the bar and spent 2+ hours not leaving the area. She has maybe met the band members wife one time. Maybe twenty feet away was a group of our friends, she says they are my friends and her acquaintances. She would not leave the corner of the bar and waved hello to them. It was not a crowded bar.

During a break I asked if she would go and say hello to our friends. She told me she waved. I again said it would be great if you said hello to them considering they came out to support the band.

A little back story, these same friends invited us to their house two weeks ago and we spent hours at their house hanging out.

After the gig I guess I was visibly annoyed but didn’t want to say anything because her birthday is today. When we got home she pressed me on it and I told her I felt it was pretty rude to not have the courtesy to say hello to our friends. She challenged me saying why does she have to go and say hi instead of them coming up to her. Well, they were already there sitting at a table and it was a group of people.

It made me very uncomfortable how cold it felt that she couldn’t take one minute to go and say hello and seemingly hid in the corner on purpose with someone who is a relative stranger.

Now it’s her birthday and she’s crying saying I was very rude. I don’t believe I was rude at all and just told her on her request how I was feeling.

I’m ready for your judgment. Am I the a**hole?”

Now it’s time to see what Reddit users had to say.

This person said he’s an a**hole and he’s making a big deal out of nothing. 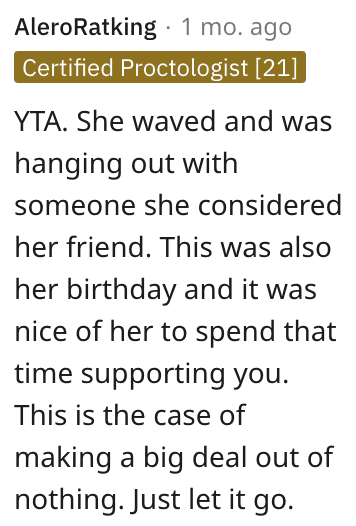 And this Reddit user said they’d be nervous to have to deal with someone like this all the time. 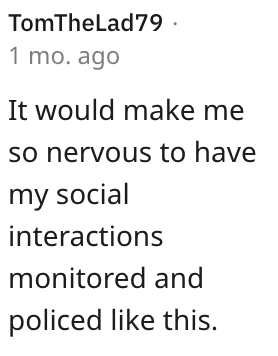 And this individual said this guy is an a**hole and that he’s creepy and controlling. 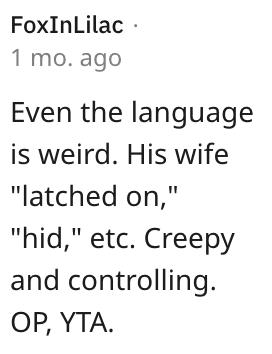