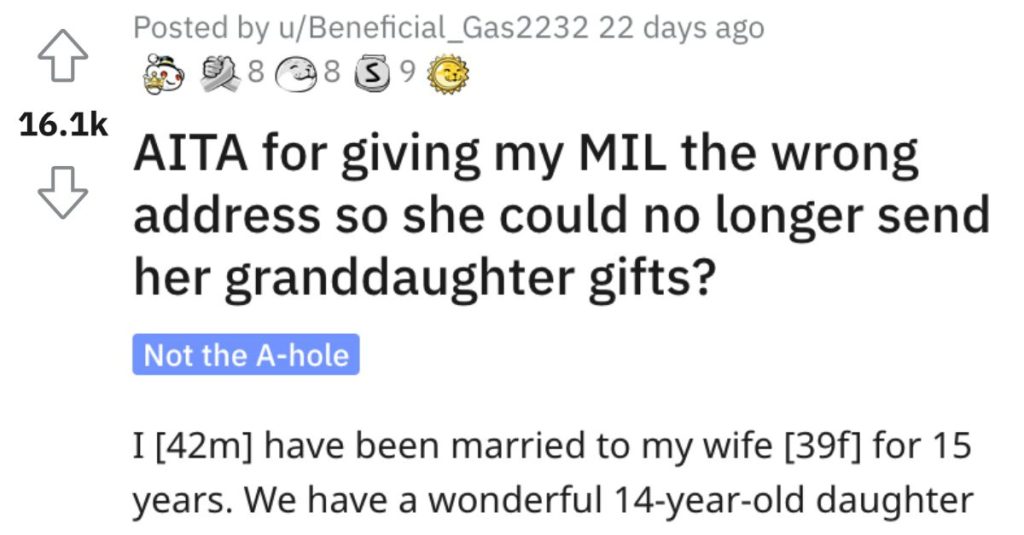 Is He Wrong for Giving His Mother-In-Law a Fake Address? Here’s What People Said.

But that’s what we’re dealing with here with this article from Reddit’s “Am I the A**hole?” page.

Read on to see if you think this guy is an a**hole and talk to us in the comments!

AITA for giving my MIL the wrong address so she could no longer send her granddaughter gifts?

My wife’s mother has some views that I don’t agree with. Two years ago, for our daughter’s 12th birthday, she sent her a book about crash dieting that promised something like 10 pounds of weight loss in three days. Our daughter was devastated because the underlying message was clear as day. It was a month until she started eating a whole plate of food for dinner again.

Our daughter is a healthy girl. She is highly active, studious, and most importantly, happy. Her grandmother believes that she’s not reaching her “full potential,” whatever that means, and thinks that she’ll be on the front covers of magazines if she can just shed some weight. Since she made these views clear to me, I have made it my mission to block any unsupervised contact, and this includes gifts.

About a month ago, with my daughter’s upcoming 14th birthday, Grandma texted me asking for our new address. Normally she would ask my wife, but since she didn’t answer within 10 minutes, she texted me instead. My wife would have given her our real address, but I was able to respond first with a fake one and tell my wife no response was necessary.

I couldn’t guarantee that I’d be home to intercept any gifts, and my daughter would open something addressed to her. It gave her some numbers/a street somewhere that I wasn’t even sure existed.

A couple of weeks later, after my daughter’s birthday, I realized that it did not in fact exist as her package was returned to her. Both she and my wife were furious, and my wife amended the address I gave her before. Grandma insisted it was a completely innocent package.

Well, the day it was scheduled for delivery, I decided to work from home. When it arrived I opened it up and found a baton twirling uniform (my daughter’s hobby). Sound innocent enough? It was at least two sizes too small.

I sat my wife down with the stupid thing in front of us and said it was clearly intentional, which my wife refuses to acknowledge. Now she and her mother are even madder at me for throwing the uniform into the neighbor’s garbage (with the neighbor’s permission).

Did I handle this correctly?”

One person said he’s NTA and that the real problems here is with his wife. 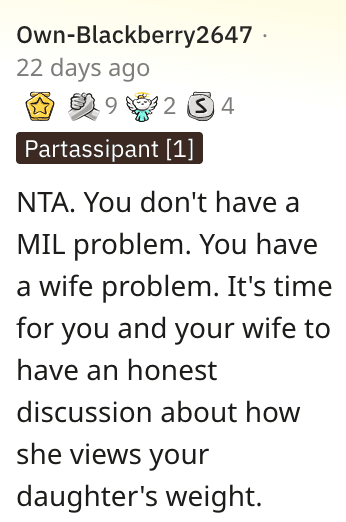 And this individual said that there wouldn’t be a problem here if his wife was a decent parent. 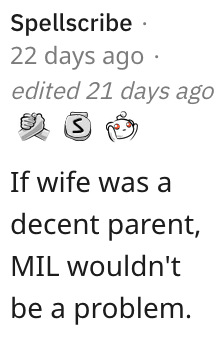 Another reader said this guy is NTA but he needs to do something about this before it’s too late. 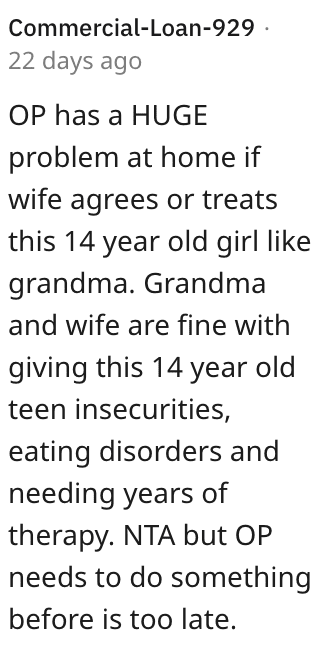