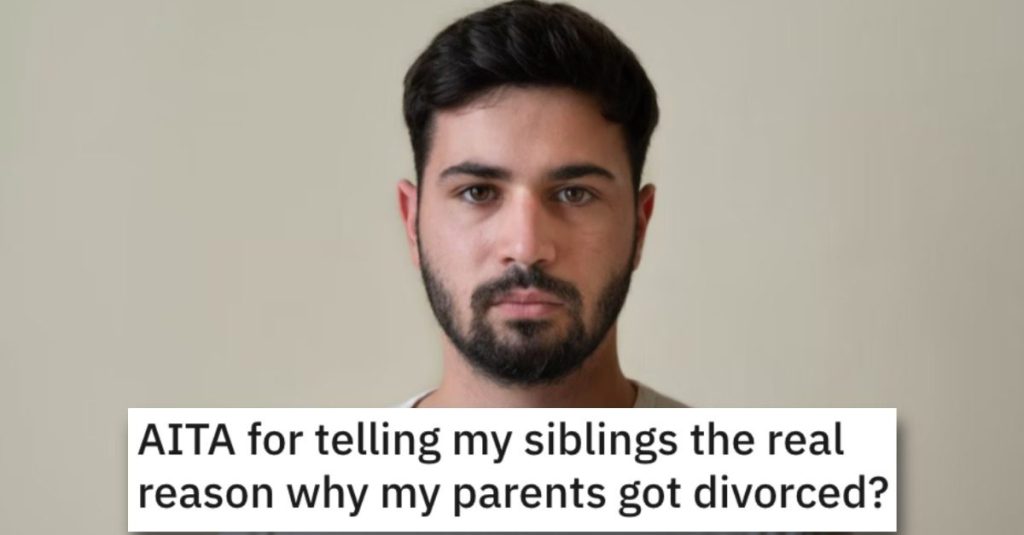 Is He Wrong for Telling His Siblings the Real Reason His Parents Got Divorced? People Responded.

Sometimes in life, you just gotta tell the truth…

Even if it hurts feelings and makes people look at other folks in a different light.

Sometimes it just has to be done.

And that’s what happened when this guy laid some real talk on his siblings.

Read on and what you think…

AITA for telling my siblings the real reason why my parents got divorced?

She was seeing my best friend’s dad, when my father found out he kicked her out, she ended moving with her AP and broke two marriages, this all happened six years ago and my siblings saw my dad as the bad guy who kicked their mother out, my 15M and 12F decided to live with my mom and dad only had them on weekends, my 18M stayed with us because he was closer to my dad already but he didn’t know what caused our family to fall apart and also seemed to resent my dad.

I visited my mom as often as I could and she seemed happy to have me but I was the only one who knew what happened. My dad never bad talked my mother and never let my siblings know why they split even if he had to be seen as the bad guy who kicked her out and my mom never took any responsability of what she did to our family. They get along with Jeff (Mom’s husband) I did but lost a lot of respect for him when he went after my mom.

My dad will get married to Rose this October 21st (my late grandma’s birthday) and he told my siblings that he wished to have them with him, they started being so mean to him and basically shaming for getting married and accuse him of cheating because he started dating Rose a long ago (even my 18M did, they really h**e Rose, cause she came into our lives like six months after my mom was kicked out).

So I asked them to stop, my dad isn’t confrontational so he told me to leave it like that, They started accusing Rose of being the reason my parents fell apart but I told them that the reason was my mom’s infidelity, their faces turned red and asked me if I was joking but I said no, they got back to my mom’s house and two days later they were back asking to stay with my dad full time, apparently they confronted her and her husband about what happened.

I called my mom to see if everything is ok but she didn’t answer, I went to her house and she was distant (we didn’t talk much about it) her husband texted me later to call me TA for telling my siblings about my mom’s affair and they seem to h**e her now.

AITA for letting them know?”

And now take a look at what Reddit users had to say about this.

This person argued that he’s NTA and that his mom has been lying to his siblings for years.

Another reader said that his mom probably never thought she’d ever have to deal with the consequences of this.

And this Reddit user made a good point about this guy’s dad. 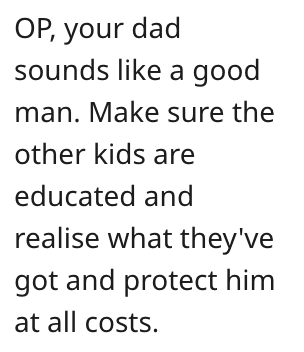